I’ve taken my creativity to new heights and I’m so excited to share it with you.  For the past 5 years, I’ve made LittleCuteLips Halloween Costumes. I began to look forward to making her versions come to life. This year she went a different route but I still needed to create a costume for my Good Morning Washington segment.

I wanted to make something outside of anything I’ve ever made before. I asked my Facebook friends what their boy children have been or wanted to be for Halloween.  As they mentioned things I looked them up. My girlfriend Drea mentioned a stormtrooper and I went with it.

Push play to view my segment. 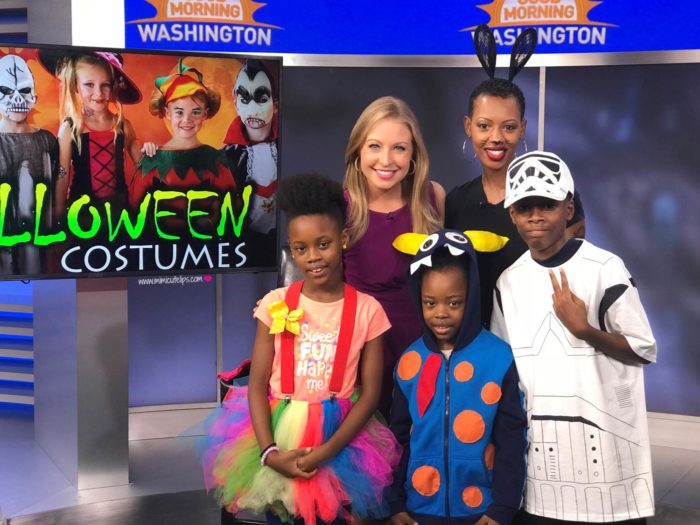 A big Thank You to MomsNCharge for allowing her children to be my models. 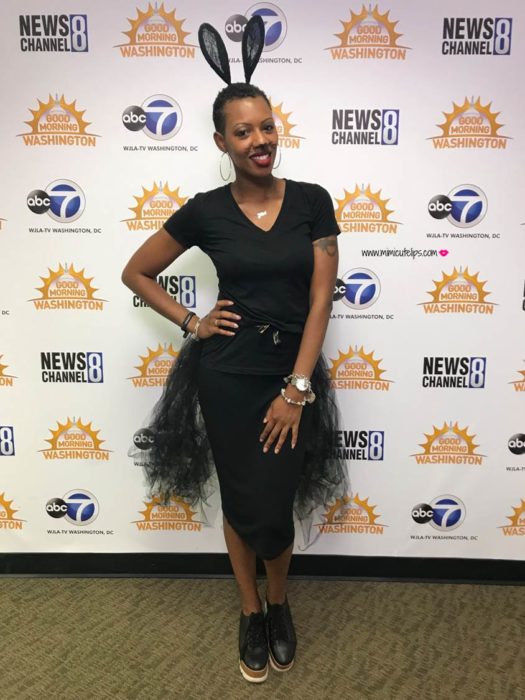 I got all festive and cute too. I Googled a few stormtroopers to get inspiration for my design. I saw several variations but I settled out on this one. I don’t know how to draw but I can recreate almost anything, with that idea in mind I got to work. This shirt cost $2.50 I stretched the shirt out on my sofa and grabbed my pencil and ruler and went to work. I didn’t put anything in the middle but you could put a piece of cardboard inside to make the drawing process a bit easier. I was in my groove and I just kept going with it. I used the kids fidget spinner to make perfect circles. After I completed my pencil outline I put a piece of cardboard inside the shirt. I traced my lines with a black Sharpie, they bleed so make sure you put something in-between the front and back. I mimicked the shading and everything, Sharpie gets kind of sticky after that so maybe open a window. My Sharpie work is done and I love it. As it turns out it is a bit harder to draw on a t-shirt with a Sharpie than a pencil. They do have t-shirt markers but I believe in using what I have. My t-shirt looks amaze-balls, now it is time to work on the mask, in our case that means the hat. I found this template and printed it out. I cut the template up and kept what I wanted; I needed to make sure the design would fit my canvas. I began to trace the template onto the hat.  I traced the top half of the mask and then the bottom part onto the brim.  You want your costume to remain true to the character but you know I believe in exercising creative control. Then followed it up with my black Sharpie. What do you think?

My son told me it looked amazing, I knew I had done great work.  To have my teenager validate my creativity is priceless. Do you know how hard it is to impress a teen? I’m just saying. Babe insisted I add a little of detail to the back so I did.

How did I do? Chat with me in the comments below or FB, IG, and Twitter.