Last week I attended the blackest event I think I’ve ever attended in my life. It was such a moment, and I fully took it in. I was honored to be a guest of Carol’s Daughter 25 Anniversary celebration at the Blacksonian in Washington, DC. Also, know as the Smithsonian National Museum of African American History and Culture (NMAAHC). 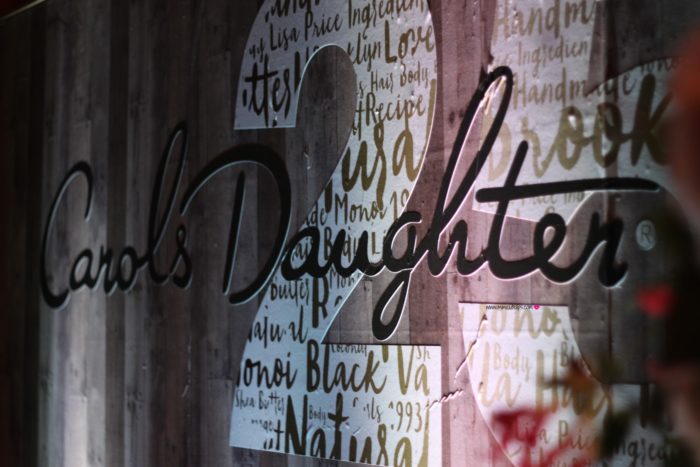 We were out on a school night and I acted like I was 20. I have no regrets, and you will see how amazing it was and why. 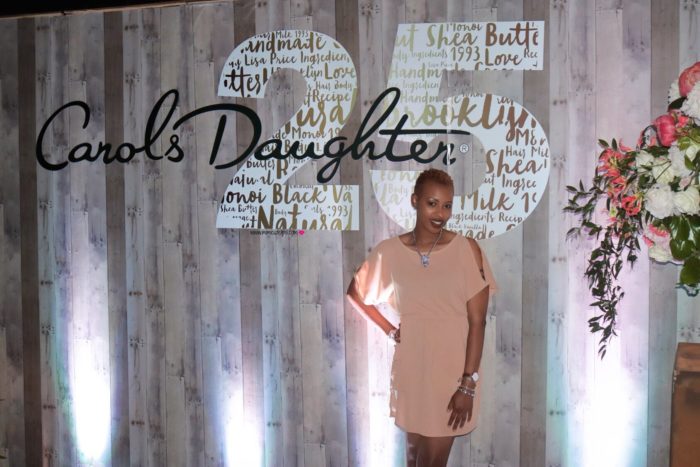 Although we were out on a school night it mattered not to the turn-up.  The event started with a cocktail hour. Which also means the start of a photo shoot. 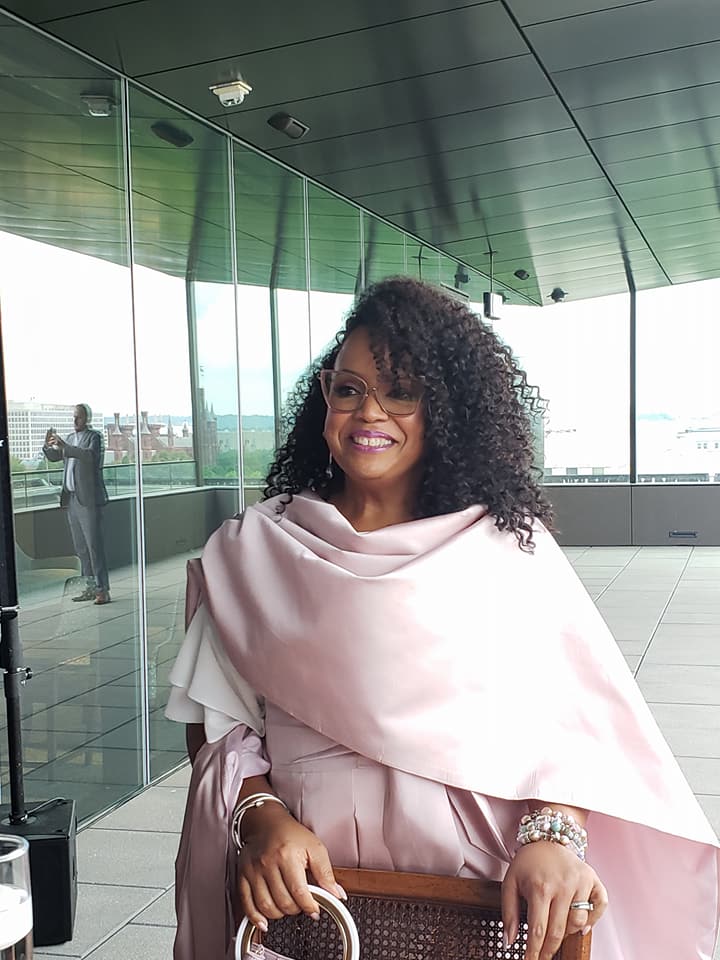 They followed that up with a meeting of the minds in the Oprah Winfrey Theater.  Important people came out and shared their words about Lisa Price like her husband, children and others she has partnered with over the past 25 years. It was inspiring, it was funny, it was Black Girl Magic. I wasn’t sitting close enough for good pictures so I didn’t take any.

A few things to note:

Lisa Price was the first, to do it. Check the National Museum of African American History and Culture Culture Galleries on L4 to see for yourself.

“The first doesn’t mean you’re the best… Being the first means that all who follow you, get to learn from your mistakes.” – Lisa Price

If you are not familiar with Carol’s Daughter, let me explain it to you in pictures. 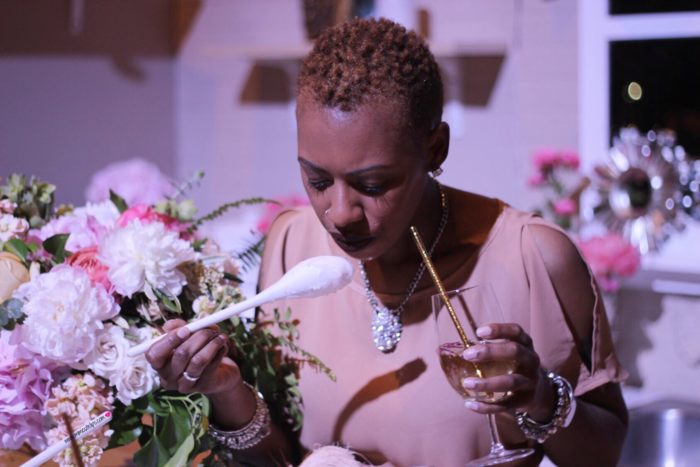 A replica of Lisa’s kitchen in Brooklyn

1993 Carol’s Daughter Founder, Lisa Price began creating hair and body products in the kitchen of her Brooklyn home at the encouragement of her Mom. They had actual products set up just like she had them. 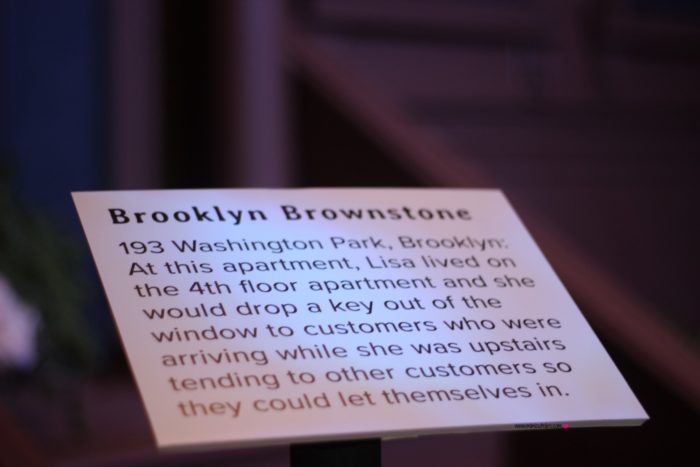 They made replicas of the places that were instrumental in Lisa’s growth and the birth of Carol’s Daughter. 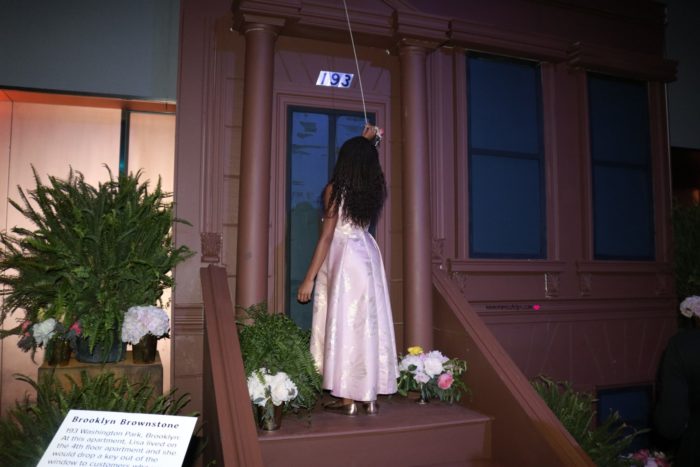 This is a replica of Lisa’s home where she started out on his product journey. This is her daughter standing on the steps holding the key. 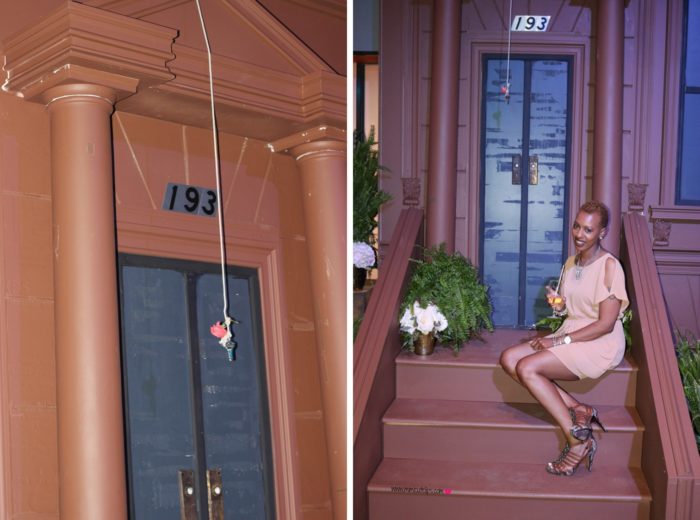 Lisa started selling her homemade recipes at local flea markets. I failed to get a picture of the replica flea market. 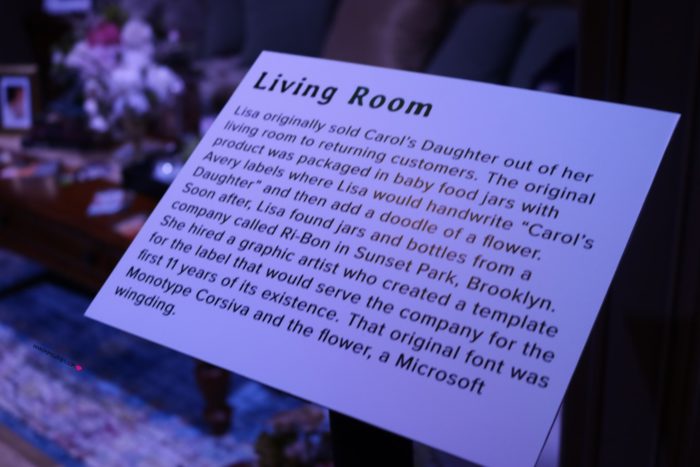 The important part is that we start somewhere. It does not have to be perfect, she started with a Microsoft wingding image. 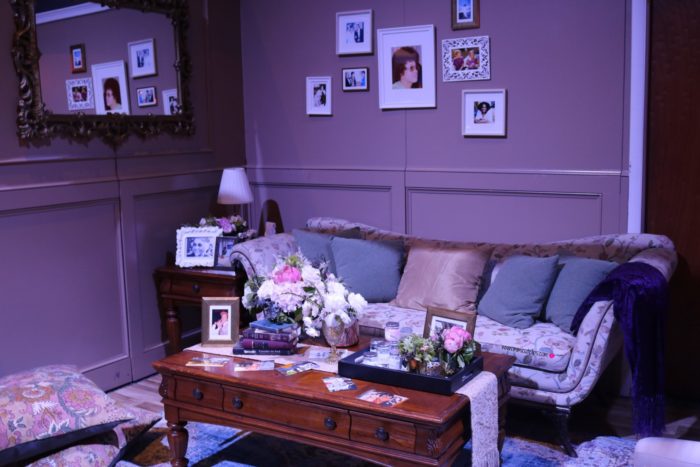 This is Lisa’s living room, with pictures of her loved ones on the wall. 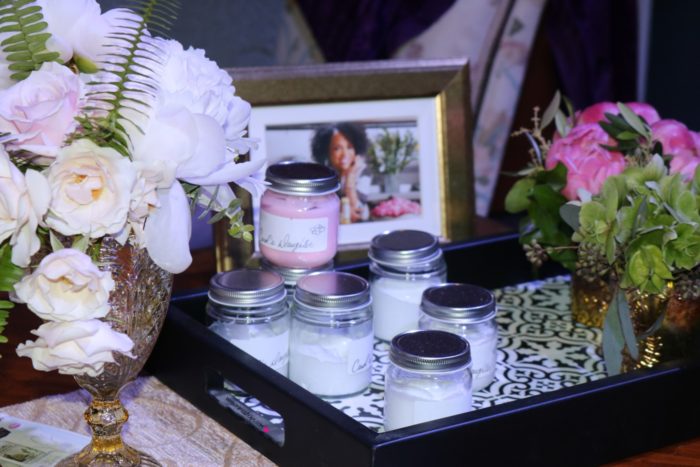 2002 Lisa appears on the Oprah Winfrey Show and well… it was on an popping then. If Auntie O said it, then you knew it was the gospel. 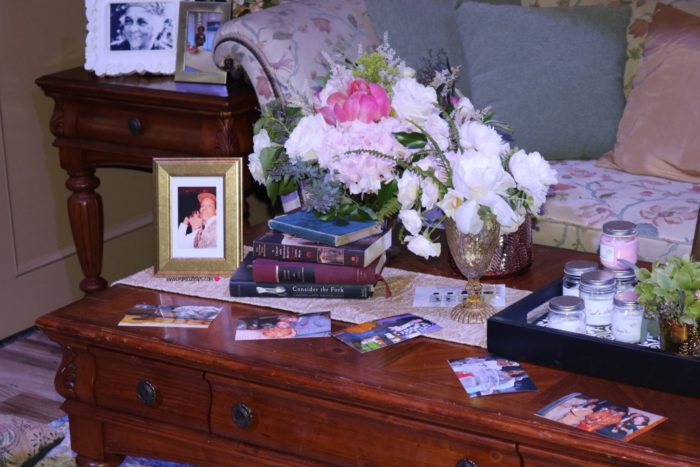 2016 Carol’s launches in 30k retail stores across the country. 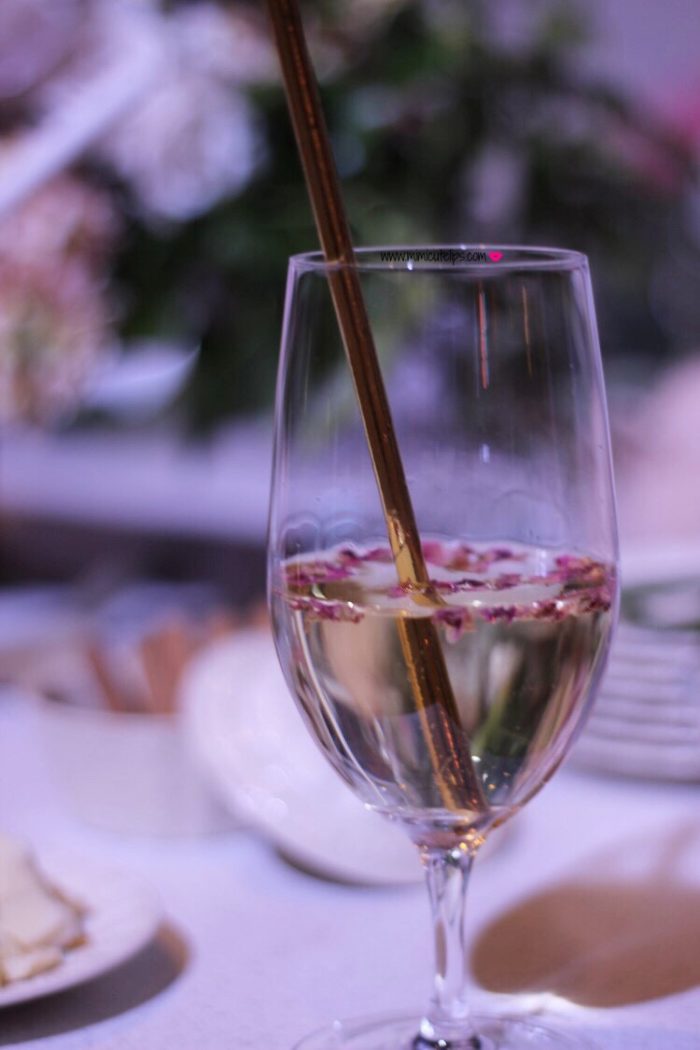 This “Rose Water” was the joy juice for my evening. I can’t recall what was in it, but it had dried roses.

I acted like I was 20, I danced the night away, and I have no regrets. 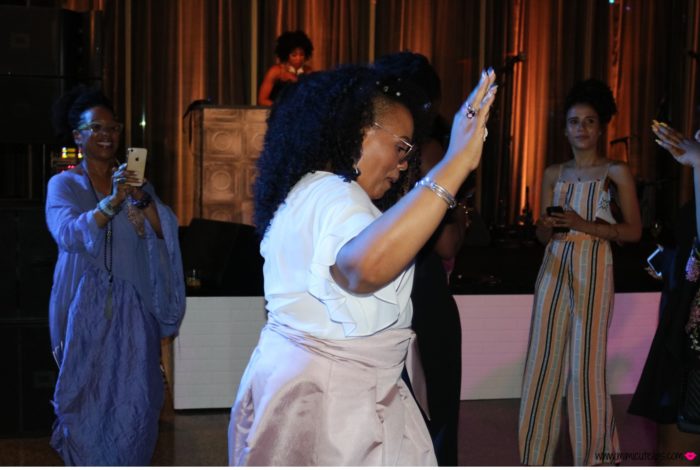 Black Alley Band played, then a DJ came on we got out of control. Lisa was on the dance floor getting her entire life. 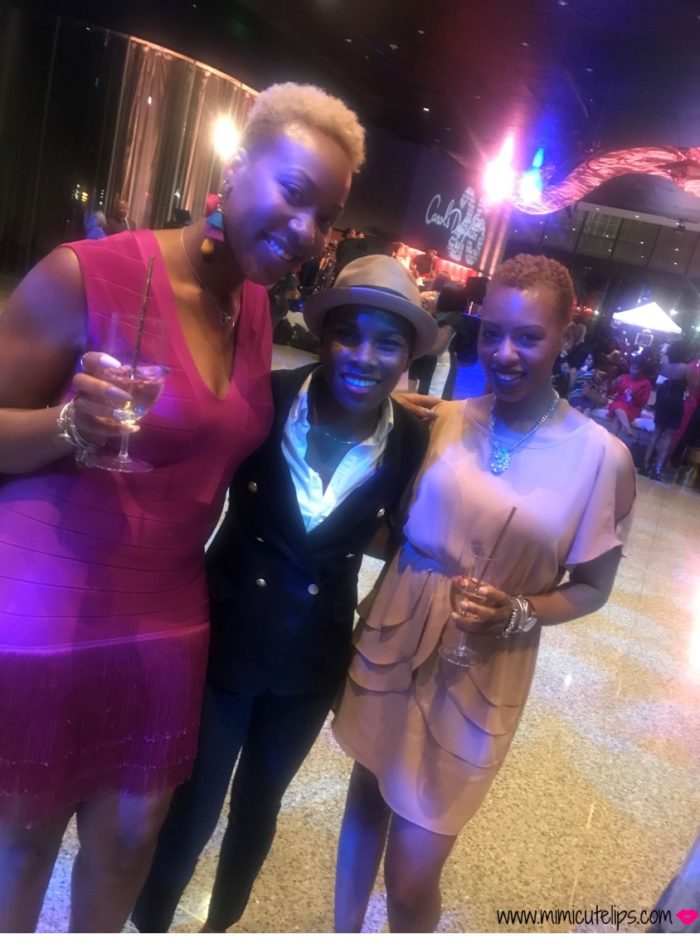 The Style Medic, Luvvie, and Mi

You can’t tell that it was pouring down rain when we arrived. Imagine us, all dolled up in short dresses, and open-toed shoes. Soaked!

This is a clip of the blackest, blackety, black thing I have ever done. You should be jealous.  I am proud to say, I MimiCuteLips have done the electric slide, not once, but twice in the lobby of the African American Museum. This is why we needed our own safe space. Over the past twenty-five years, Carol’s Daughter has inspired countless women not just to live but to thrive. To embrace the power of standing out, instead of worrying about how to fit in. To break the rules and break through perceived limitations. To realize that there is no one to please but ourselves – and so we make no apologies. Now more than ever it is time to claim our beauty, proclaim our individuality and celebrate who we were BORN AND MADE to be. #BornandMade 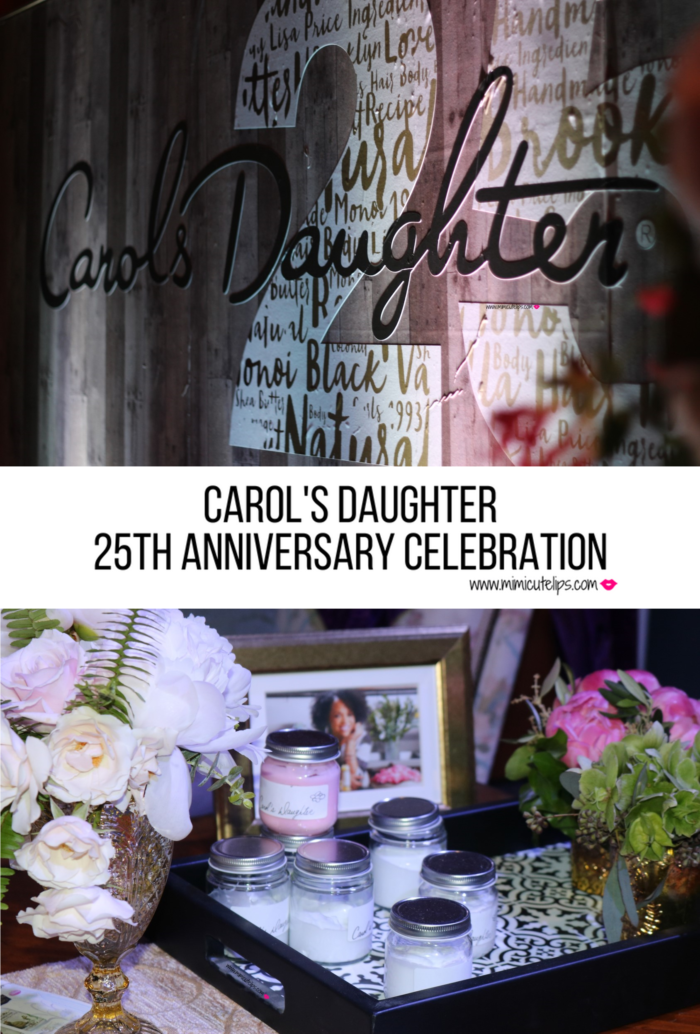