I shared The Multicultural Media Correspondents Association Dinner recap that honored Tom Joyner and other trailblazers in the media industry. That event was the celebratory part to acknowledge the dope work that has been done in the media community. Day two was the Media Diversity Innovation Summit, this is where the MMCA continues the inclusion and representation conversation. 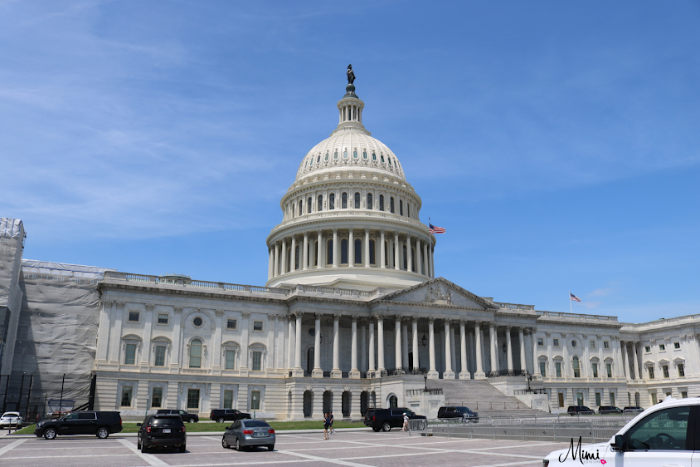 The inaugural Media Diversity Innovation Summit was held at the U.S. Capitol Visitor Center.  This type of access is one of the “perks” of living in the Washington, DC area. Conversely finding a parking space near it is like looking for a needle in a haystack.  I lucked up and found street parking and then walked a country mile to the building. 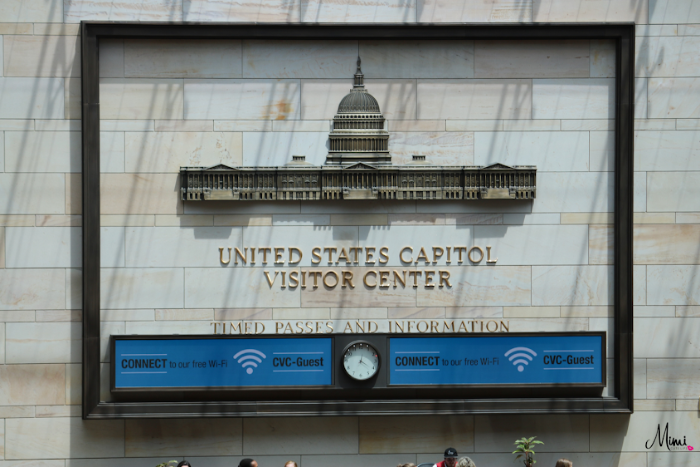 The Summit was appropriately titled “Taking Control of the Media Diversity Crisis.” it was designed to unearth common ground solutions that policymakers and industry leaders can support and scale to increase opportunities for people of color to profitably create, own, control and distribute media content – news, entertainment, and advertising. The Summit included panel discussions featuring studio and network executives, news organization executives, prominent producers of color, multicultural broadcasters, and new media platform owners. 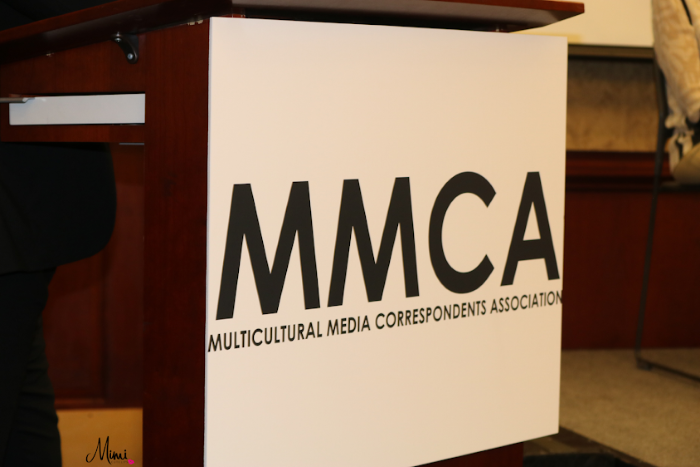 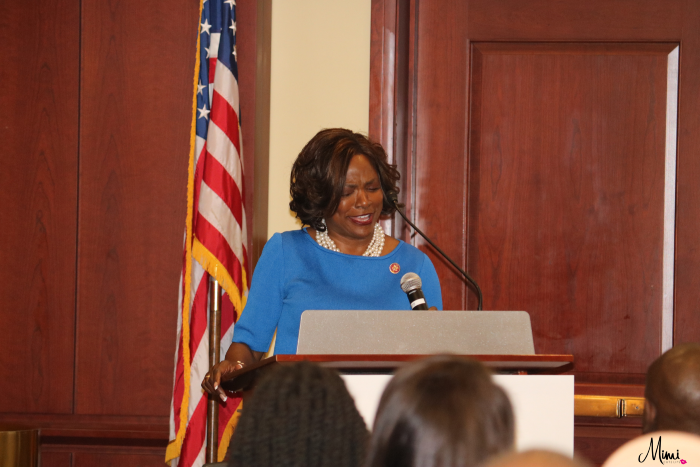 Congresswoman Val Demings (D-FL), Chair of the Media Diversity Congressional Braintrust, was the honorary host.  She is a champion for Media Diversity, she is a position to change the laws. We need help on all levels to make the changes happen. Last year Rep. Val introduced House Resolution 888 to reaffirm Congress’ commitment to media diversity. 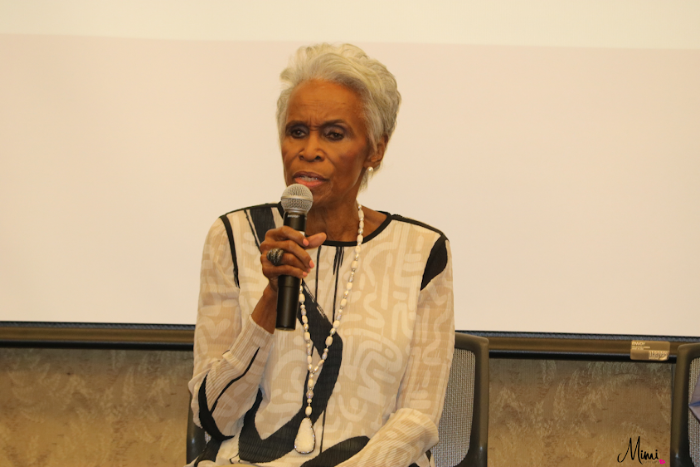 Meet Dorothy B. Gilliam, she was the first black woman reporter at the Washington Post. She earned the very appropriate title of a trailblazing journalist.  With all due respect, Ms. Dorothy is badass. I enjoyed her story the most because I could see myself in her. She paved the way for us black women.  Because of her, I can… Ms. Dorothy is the founder and director of the Washington Post’s highly successful Young Journalist Development Program. It creates and strengthens student media and encourages high school students to pursue careers in journalism.

Here is a taste of what Ms. Dorothy shared with us…

She started at the Washington Post in October of 1961. Although she was the first black woman there were two black men already working. This is a very male-dominated industry, and toxic masculinity was running rampant. She would often be mistaken as a maid and struggled to get a taxi to take her to her assignments.

The Civil Rights Movement sparked all the other movements; it opened up the freedoms. It was followed by Gloria Steinem who wrote her first article on Woman Power. Then Gay Rights, then Disabled, then it became a freedom train that kept on moving. 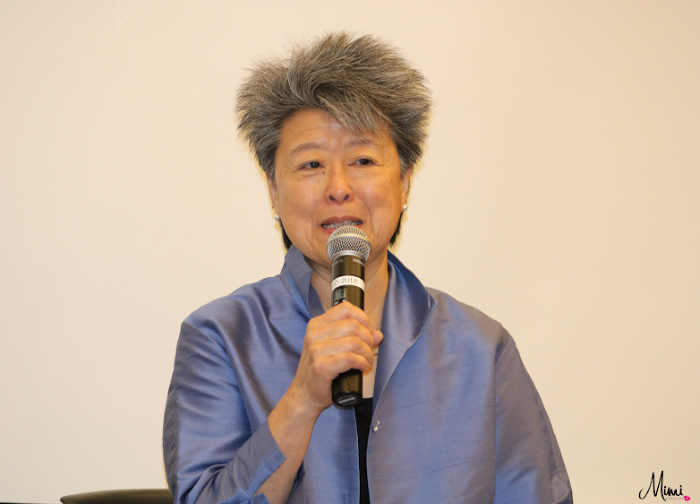 Helen Zia is a writer and community activist. She has received numerous awards for her ground-breaking stories. She is the daughter of immigrants from China and has been outspoken about civil rights and peace to women’s rights and countering hate violence and homophobia. Ms. Helen is busy about her work.

Here is a taste of what Ms. Helen shared with us…

She spoke about “Asian Sightings” which was when she and her family spotted an Asian person on TV. It was a worthy celebration even if it was just the House Boy on Bonanza and they would flock to the television because it was so rare. She never thought about becoming a journalist until well after college because she didn’t see women or people of color on the news.

She started before they had journalism classes. She started by typing out Query Letters on a typewriter, she would send out about 200 letters to various media outlets expressing her interest in writing about a particular topic. She finally received one response and they wanted her to write about something totally unrelated to her query letter. Her desire to tell the stories is what kept her going until she was able to tell the stories she genuinely wanted to write about.  Social Justice was her true pass. 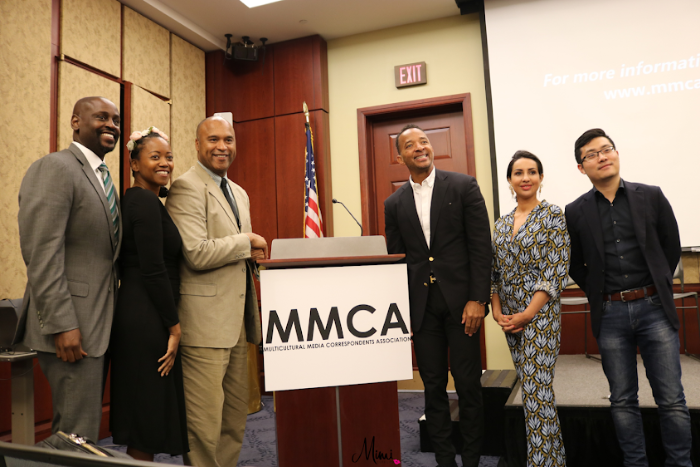 This panel was so good, I could listen to them talk all day long. These folks are the business owners, they are in positions of power out of desire and out of need. They are acutely aware of the insurmountable barriers for us new folks trying to get in are experiencing. They provided excellent insight from the back end of the business. While they have accomplished a lot it isn’t without roadblocks.

Dujuan McCoy, CEO, Bayou City Broadcasting: DuJuan is a 30 year Broadcast Veteran.  He got his start as an Account Executive at WTTV in his hometown Indianapolis, in 1989.  He quickly moved up the ranks of TV management and begin owning Broadcast TV stations in 2007 when he purchased 7 TV stations in West Texas.

With that purchase, McCoy became the first and only African American to own, operate, and manage every aspect of a Fox or any Big 4 affiliate (FOX, NBC, ABC, or CBS) in America.

Since that purchase McCoy has personally raised over $100M to purchase TV stations in Evansville, IN, Lafayette, LA, and now back home again in Indianapolis with his April announcement of purchasing WISH -CW and WNDY – MyNet.  McCoy is a strong and active advocate for Diversity & Inclusion in media ownership.

Tim Hwang, CEO, Fiscalnote + CQ Roll Call: Tim is the Founder and CEO of FiscalNote. The company owns media and news company CQ Roll Call, which it acquired from The Economist Group in 2018 and creates a technology platform that combines award-winning journalism along with products and services that provide access to large quantities of data, news, and analysis for all levels of government.

Londell McMillan, Attorney + Owner of The Source Magazine: An internationally recognized attorney, publisher and producer. He is known as one of the most influential leaders of his generation. Over the years, he has represented icons such as Michael Jackson, Prince, Stevie Wonder, Roberta Flack, Spike Lee, and many others. Mr. McMillan is the founder of The NorthStar Group, a private equity operation with multi-media, marketing, real-estate holdings.

Under The NorthStar Group banner, L. Londell serves as Executive Publisher of the iconic Source Magazine and the highly acclaimed Jones Magazine, a leading fashion, beauty and travel shopping guide for women.  In 2004, Mr. McMillan, along with real-estate developer, Bruce Ratner, Jay Z and others investors brought the Brooklyn Nets from New Jersey and started the beginnings for the real estate development project in Brooklyn known as the Atlantic Yards.

Londell has serves as the Executive Producer and/or Manager numerous television, film, movie, and event projects including Black Girls Rock! Awards 2010 & 2011 on BET, Prince Emancipation LIVE, Get on the Bus movie, and more.

Carla Santiago, Co-Founder, UNCMMN: Carla is co-founder of UNCMMN, an entertainment strategy and partnerships firms, that connects brands to diverse and inclusive storytellers in Hollywood. Her focus is developing extensive entertainment marketing campaigns with talent from Kenya Barris to James Harden.  Carla has a diverse background that spans multiple disciplines from government, supply chain to consumer marketing. While working with Fortune 500 brands to tech start-ups she quickly learned that the future of marketing lies within entertainment. 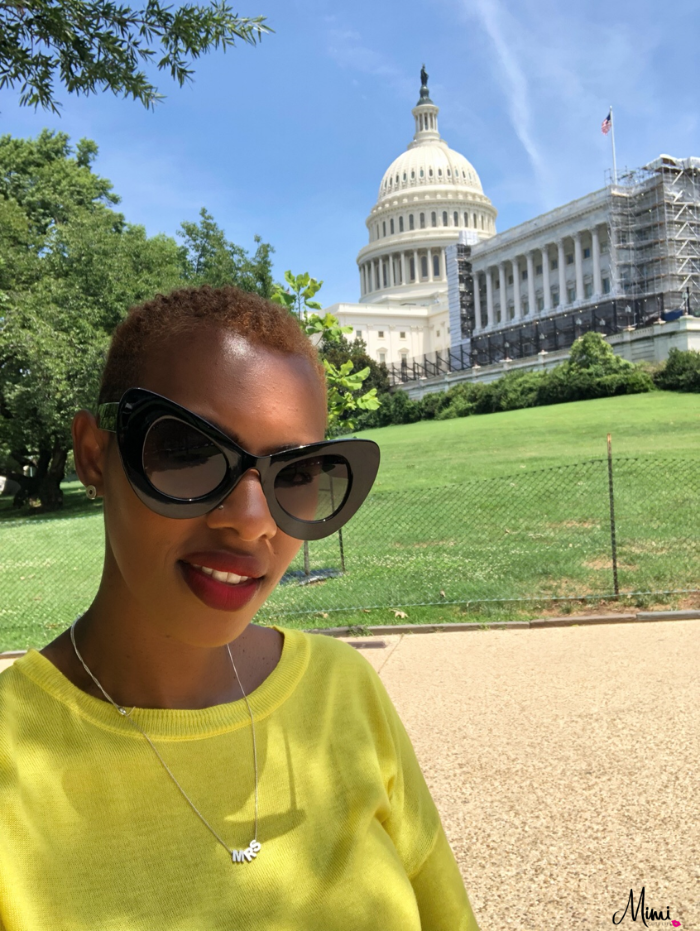 As a person in media who believes in controlling her narrative, I was sucked all the way into the discussions that were taking place. I get so tired of how black and brown people are largely portrayed in a negative light in the media. The news won’t post the picture of you at your graduation, instead, they look for the picture of you hanging with your boys or your girls turned up. Then the public uses that single image to summarize your total existence. HOW SWAY?