October kicks of a heavy birthday season in my immediate family. This year we’ve had three monumental birthdays in a month’s time. Can you see my money blowing in the wind? I turned 35 in October and my family gave me the best surprise birthday party ever. A month later my first born turned 10 and we gave him a Minecraft birthday party. Three days later my Mommy turned 60. Well we had to “turn up” just the same for her.

My sister and I decided to whisk Mommy away to NYC for two days and see Motown on Broadway. Mommy loves the oldies and so do I. We’ve been to NYC a few times together and we’ve even spoken about moving to the beautiful city. My mom visited a website like https://imhonyc.com/ to learn more about the pros and cons of living in New York and I think it’s just an idea at the minute. I’d love to move there someday though! Growing up my Mom would always make sure we had a balanced breakfast. Now 35 years later we eat like this. Breakfast for Champs. We went to three different places on the hunt for a Cinnabon. The Delaware House is where it’s at. 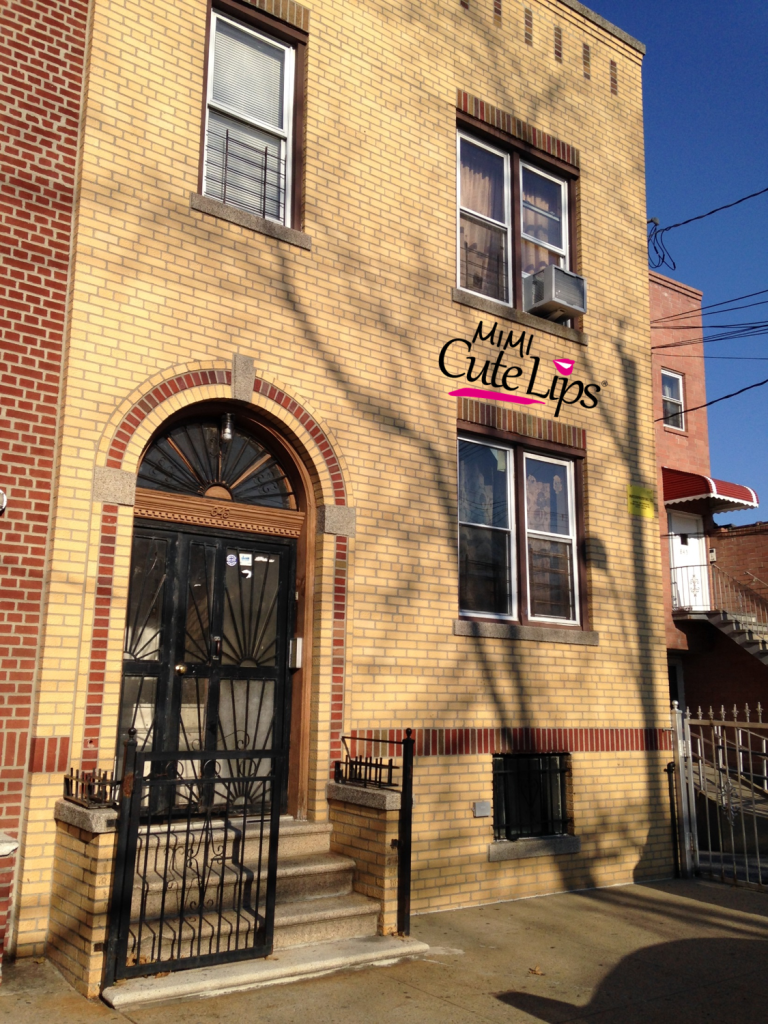 Our first stop in NYC was our old block. I spent the first seven years of my life in the Bronx. We lived in this building right here. We left the Bronx almost 30 years ago but it still looks the same. Well minus the kids playing in the street and the water hydrant going and the sound of Mr. Charlie delivering ice cream. 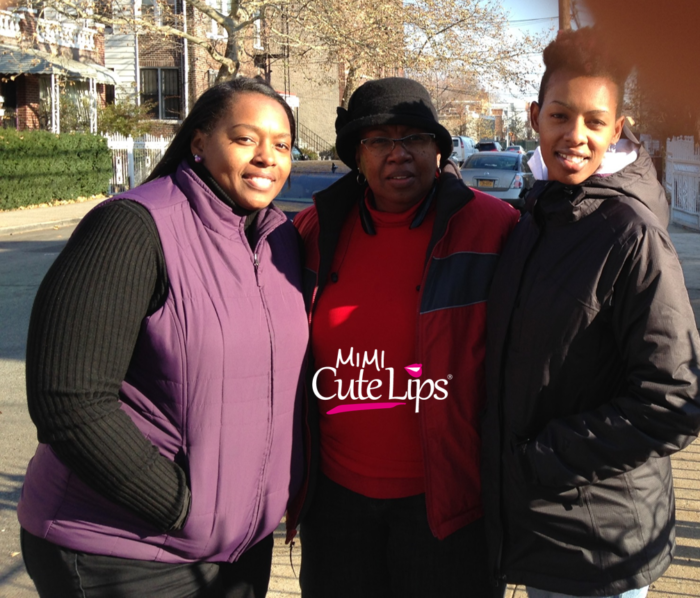 Group picture on the old block. We even chatted it up with an old neighbor. 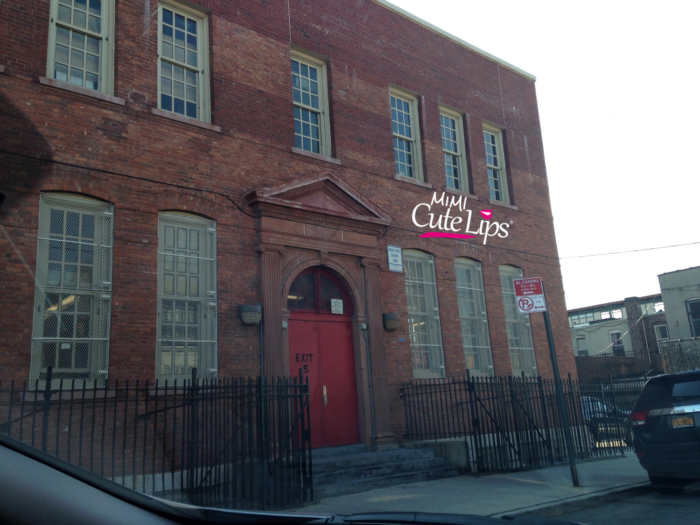 This is a major part of my childhood in New York. This place was 1 block up from our home. Back in the day we had freedom as kids. I have tons of memories of my sister and cousins and I walking up the block to get Beef Patties + Coco Bread. It’s like peanut butter and jelly. You have to have both or it’s just not right. We would also get their Cinnamon Buns they were really fluffy and sticky. You know we got some to eat and some to go. I should’ve gotten more. I know, I’m such a fat girl. 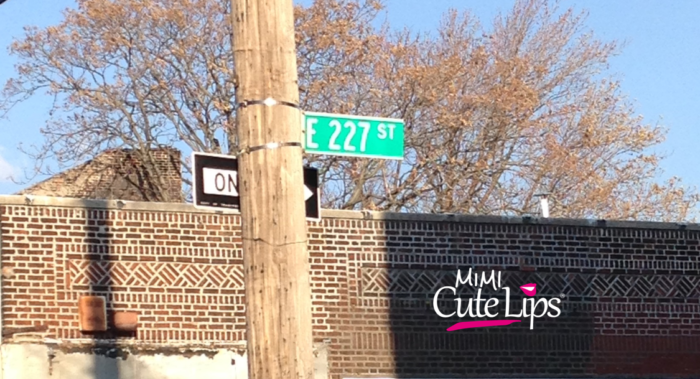 East 227th Street will always have a warm place in my heart. Growing up the show 227 aired in 1985 and you couldn’t tell us anything. We proudly represented our block everywhere we went.

We left the Bronx and headed to our hotel in Manhattan. We stayed at the Marriott Marquis Time Square. It is my absolute favorite hotel in New York. We stayed here when we brought the kids to New York for the first time. The staff is always so nice and friendly, the location is in the heart of everything and the hotel is fancy. I’m looking meaty here in this outfit and I’m loving it. It’s been cold in the DC area and even colder in NYC. I was going for warm yet cute look, I had layers on like crazy. I got this top on Clearance at Target and it’s one of my favorite pieces. We dined at the Brooklyn Diner on 43rd. Our food was YUMMY! The staff was amazing, they gave us some complimentary Prosecco for Mom’s birthday. It’s a celebration, alright! I’ll drink to that!

Sister: Chicken Pot Pie baked daily in limited quantity. It was big in size and that flaky crust was everything. I had to taste it.

Mi: Cuban Chicken (Pollo Cubano) mojito sauce (cilantro), black beans, rice & caramelized Vidalia onions. I decided to step outside of my box and boy was it worth it.

Mommy: Filet Mignon (8 oz.) with a side salad. She loves her steak. Motown the Musical was on Broadway at the Lunt-Fontanne Theatre. I was looking forward to the show but I didn’t know just how amazing it would actually be. I took notes so I didn’t forget anything NO SPOILERS! The show runs on Broadway until January 18th. It is a must see, it is just that good. If I can get back to see it before it leaves I would so see it again.

Diana Ross was played by Krystal Joy Brown and she was perfect for this part. Her eyes pop just like Diana’s and her vocals were on point. She had style and grace.

Young Michael Jackson was played by Samuel Pickens and he brought the house down. His voice was the perfect match. His energy was amazing and the crowd was cheering him on every time he hit the stage.

Marvin Gaye was played by Bryan Terrell Clark and he had the look down! The sway of the hips and everything. There is a scene with a knit hat and sweater and its classic Marvin Gaye.

Smokey Robinson was played by Charl Brown and it was crazy how much he looked like Smokey. He even had that soft spoken Smokey voice and the eyes. lol Usie in the theater. After the show we changed clothes and hit the cold streets of NYC for a little shopping. My newly 60 year old mother purchased a sweat shirt from Forever21. Everything about that makes me laugh like a school girl. Forever21 had a line of clothes supporting breast cancer. It was perfect for Mom, but still funny. The next day we did a little more shopping then met one of my Mom’s girlfriends for lunch. This time we dined at Havana Central in Times Square. The food was good (we ate plenty) but the drinks were even better. This Sangria here gave me all the life. They mix it right at your table which was a really cute touch.

Sangria: Terrazas Cabernet Sauvignon, Hennessy VS, Grand Marnier, natural organic agave sweetener and fresh fruit. It was good, even the nondrinkers had some. I will be making this again for Christmas. We laughed so much I thought the people would put us out. This lady on the left makes some amazing cookies. As an adult I still remember the cookies she used to make when I was a kid. I will be back for some home baked cookies this summer. New York was amazing but it was just the three of us. Which means we had to celebrate with our family and friends at home. Cake compliments of Whole Foods, my mother and sister love this cake. I got a little fancy for dinner. My top was trimmed in leather and came from Target. My leggings were an old Forever21 purchase and they had leather going down the side. My Booties are BCBG they were a From Mi To Mi purchase for my birthday last month. NYC, Motown the Musical & 60 are a wrap! Chat with me in the comment below or FB, IG or Twitter.