Back in August, I had the pleasure of going back to Memphis, Tennesse to hang out with my favorite movers in this world, St. Jude Children’s Research Hospital.

As amazing as they are, our hotel was competing for best in show.  The Peabody Ducks Memphis, TN.

This time around we stayed at The Peabody Memphis. I knew right away this was a different hotel than the one we had the last time. Yet, I thought nothing of it.  My room was bomb, I’m talking apartment like with bomb nightstands that lit up when my feet went near them. 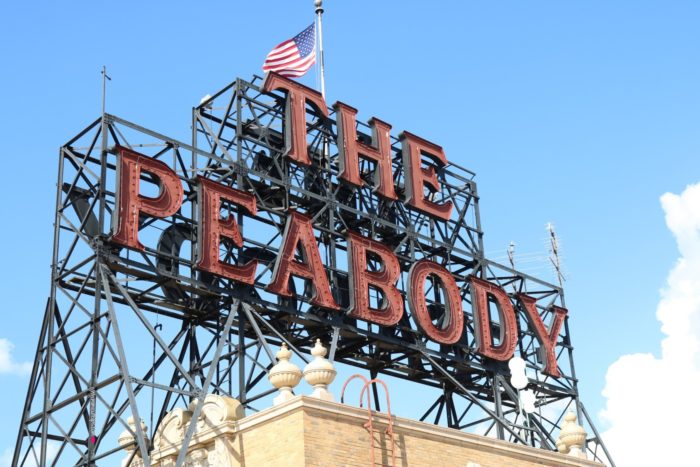 As dope as that was that was nothing compared to The Peabody Ducks which are totally a thing you must experience. I noticed a heavy duck theme in the hotel. Ducks were embroidered on my pillow case. They had a rubber ducky and duck shaped soap but I thought nothing of it. It is just a theme right? Wrong! 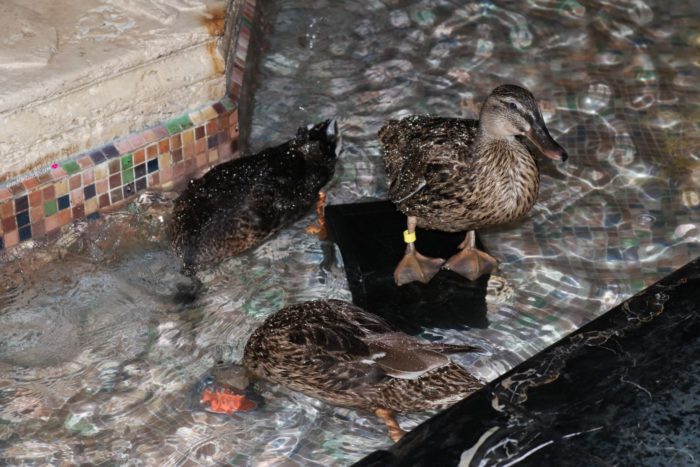 We arrived back at our hotel to find ducks living their best life in the lobby fountain.  At that time I had no idea just how good that duck life was.  They were splashing around, playing and one clearly was not listening. He was either the toddler or the teenager of the bunch. 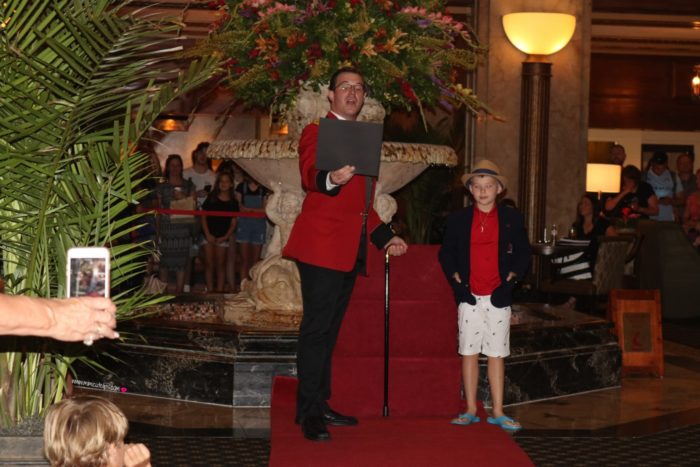 Then this overly dressed fellow (The Duck Master) showed up with a red carpet and the voice of a TV game show host. He declared and decreed a bunch of stuff. Ultimately he was the one in charge of this show I had a front-row view for. He also had this young fellow assisting him as Master for the day. 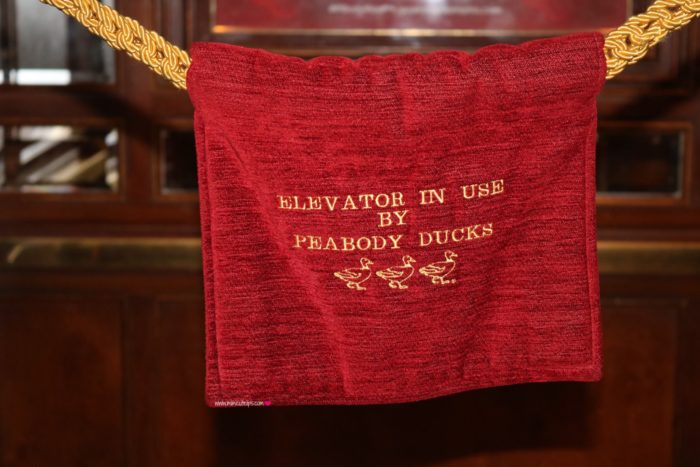 Listen, Linda, these ducks are somebody. They have their own elevator sign, AND the elevator is locked during their march and is only used by the ducks. Can you imagine you have been punked by some ducks? Hahahaha I was in awe of the seriousness of all of this. 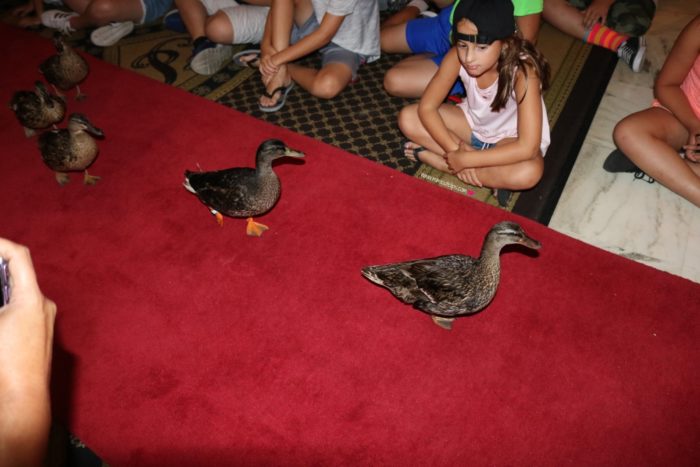 Everyone meets in the lobby. The adult’s jockey for good position while the kids get a front row show on the red carpet. 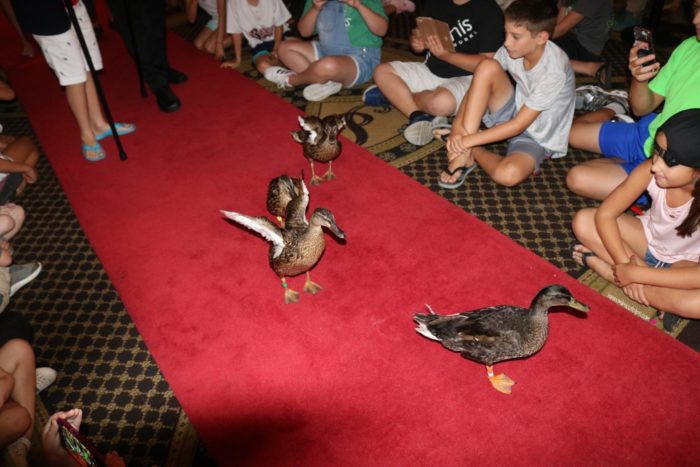 They put on a cute little show. They turn around so you can get the best picture possible. This is such a well-oiled machine. Shocking, but a very cute march nevertheless. 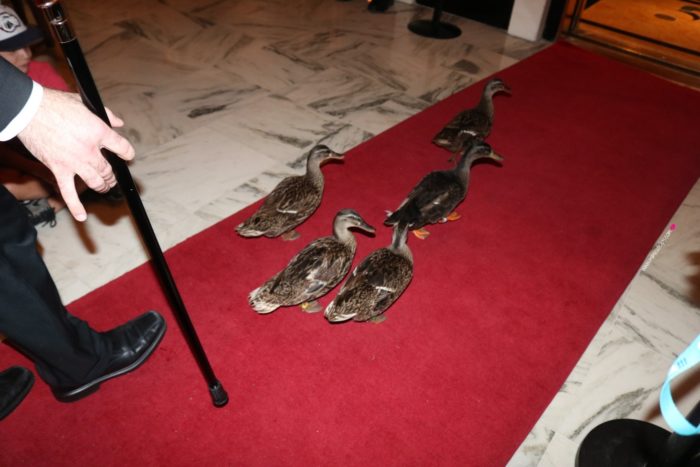 And just like that they walk onto their reserved elevator and left us with our mouths open. It is hard to process what we just watched. The lobby was packed out. 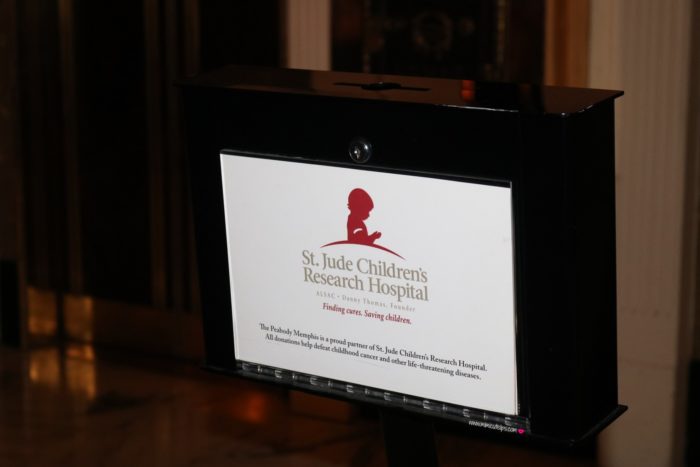 Because of everything St. Jude does more than meets the eye. As the Duck Master gets ready for the Duck March he gives a special spiel about St. Jude Children’s Research what they do, why they are so dope, and they encourage you to make a donation into these boxes around the hotel.

The Legend of the Ducks

How did the tradition of the ducks in The Peabody fountain begin? Back in the 1930s Frank Schutt, General Manager of The Peabody, and a friend, Chip Barwick, returned from a weekend hunting trip to Arkansas. The men had a little too much Tennessee sippin’ whiskey, and thought it would be funny to place some of their live duck decoys (it was legal then for hunters to use live decoys) in the beautiful Peabody fountain. Three small English call ducks were selected as “guinea pigs,” and the reaction was nothing short of enthusiastic. Thus began a Peabody tradition which was to become internationally famous.®

In 1940, Bellman Edward Pembroke, a former circus animal trainer, offered to help with delivering the ducks to the fountain each day and taught them the now-famous Peabody Duck March. Mr. Pembroke became The Peabody Duckmaster, serving in that capacity for 50 years until his retirement in 1991.

Nearly 90 years after the inaugural march, ducks still visit the lobby fountain at 11 a.m. and 5 p.m. each day. 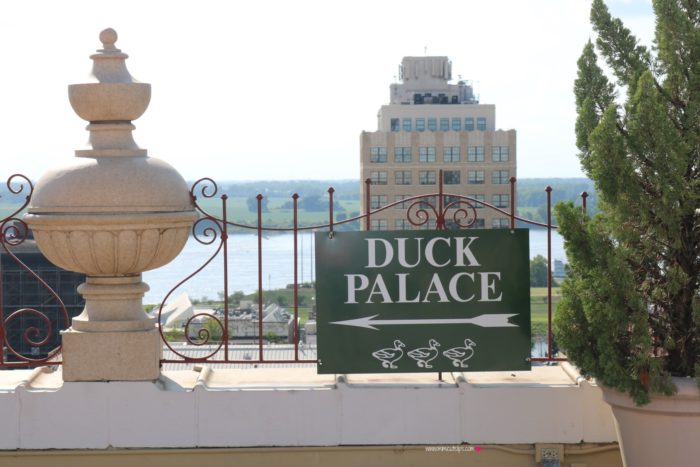 If the show is not enough you can go up to the roof of The Peabody and visit the ducks in their home.

Have you ever experienced such a thing? Chat with me in the comments below or FB, IG, and Twitter.