Last week I went out and had the time of my life doing something I haven’t done in years. Exercise! I hung out with the dope folks at 305 Fitness for their Pride event. It was a night for us all to LIVE OUT LOUD & MAKE NO APOLOGIES. ?️‍? 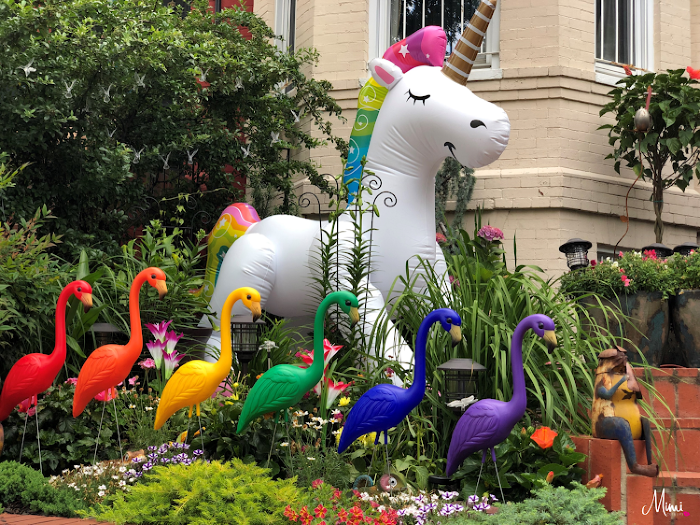 The History of Pride

The majority of Pride events are held in June to commemorate the anniversary of the Stonewall Rebellion in New York City on June 28, 1969, which most historians consider to be the birth of the modern LGBT movement. At the time, police raids on bars catering to LGBT patrons were common, but that night, the patrons of the Stonewall Inn fought back. While historical accounts of the night very, the violent response ignited a national firestorm of activism that brought new visibility to the struggle for LGBT equality.

June is unofficially recognized as Pride Month by the LGBT community, and many Pride events still occur on the last Sunday in June to commemorate the anniversary of Stonewall. In some places, Pride events stretch out over a weekend or an entire week, while in other areas, Pride events occur at different times of the year altogether (particularly in parts of the country where June is especially hot). Source 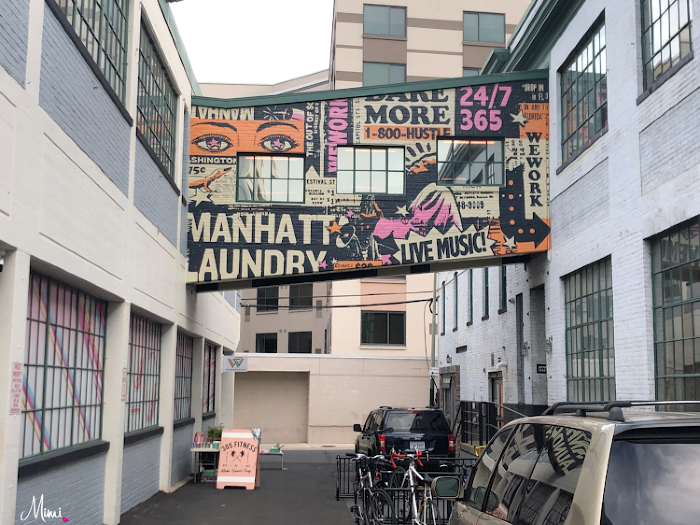 305 Fitness hosted a dope Pride event which included a special complimentary 55 min cardio dance party for myself and a guest. They also had a LIVE drag queen emcee & lip-sync performance, party favors, delicious bites, cocktails provided by Ketel One Vodka, and they topped it off with a “Proud” playlist. 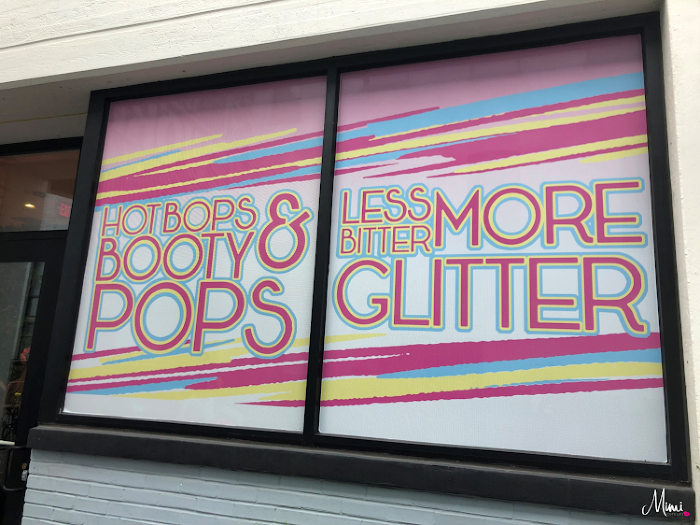 Every single thing about 305 Fitness lets me know they are my kind of people. Peep the window, they let you know before you even step one foot in the place. 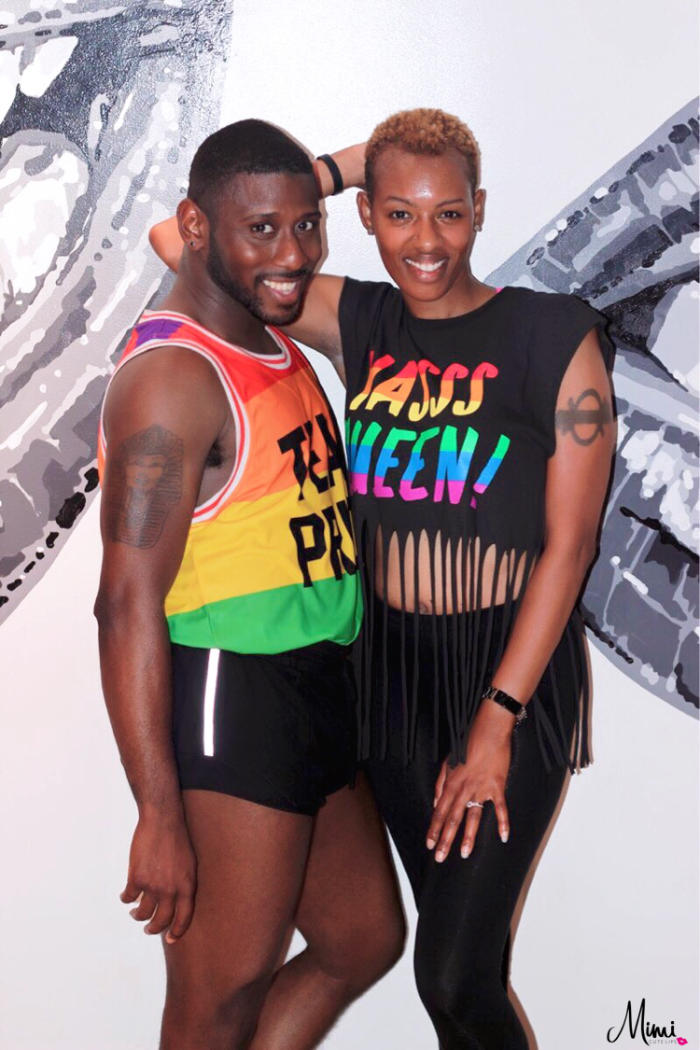 They weren’t joking about the 55 cardio dance party either. It was a 55-minute twerk session that had us all sweating like crazy in the best kind of way. Our instructor Marcus Isaiah was the absolute best. He started promptly at 7:30 and he kept the same energy the entire time. I don’t know how because your girl was tired, but it was a great workout. So much so that I hit my Fitbit step goal while in class.  I respect a workout for a cause honey.  305 Fitness will be donating proceeds throughout the month of June to the  Miley Cyrus’ Happy Hippie Foundation, specifically, their programs benefiting LGBTQ youth. 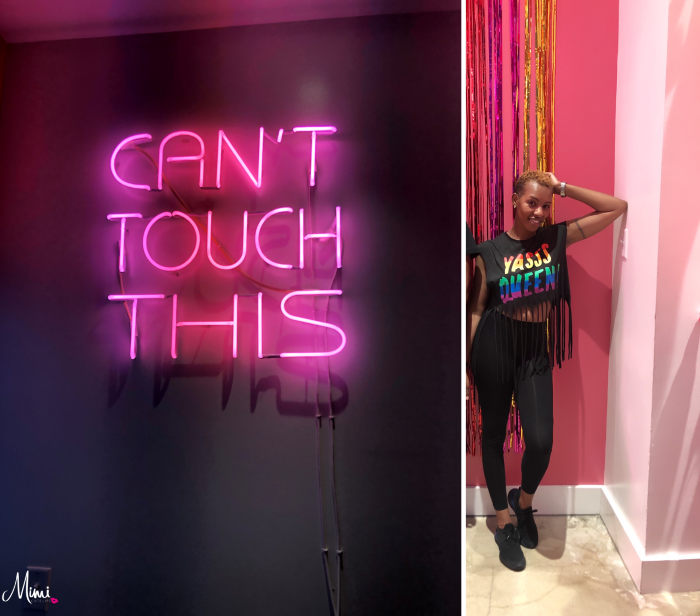 For so many in the LGBTQ community, safe places are hard to come by. You have a lot of youth who are put out of their homes by their parents. We hear countless stories on the news about people being attacked and killed simply because they are LGBTQ. Nobody should be villainized because of whom they share a bed with. It isn’t my business and it isn’t your business either. What if you were solely judge based on the people you shared a bed with. [Let that sink in for a moment.] After our twerk-out, we mixed and mingled around cocktails, veggie meals, and Gooey Butter Cake ice cream by Jeni’s Ice Cream. I mean we earned it! 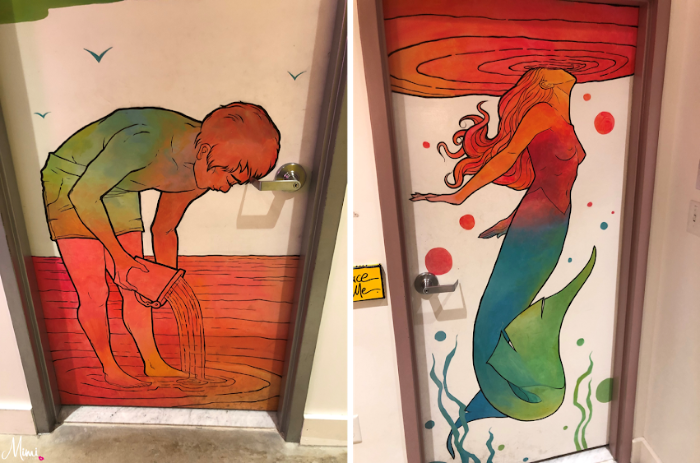 How cute are the bathroom doors? 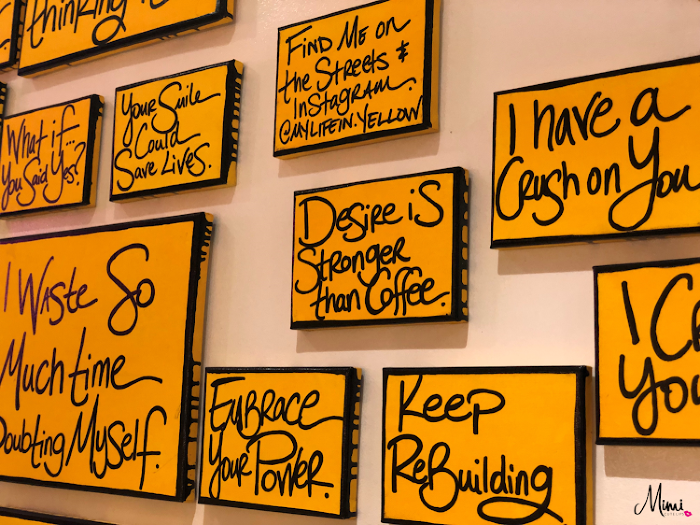 They have a ton of affirmations all on the wall. Just in case you need to be reminded of your dopeness. Also, their entire facility is cute, it is one Instagram photo-op after another. The icing on the cake is that it is inclusive. 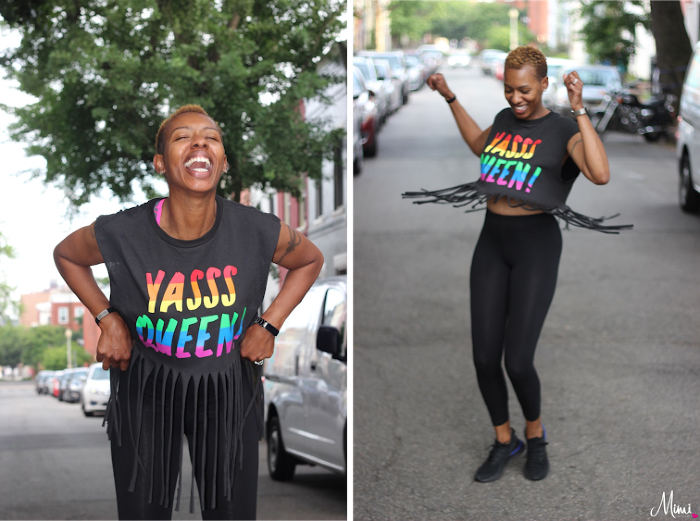 Before we went inside The Style Medic and I snapped a few pictures in the street. I ordered this shirt from Target and immediately cut it up before walking out of the house for this event.

Do you have any Pride plans this month? Chat with me in the comment below or FB, IG or Twitter. 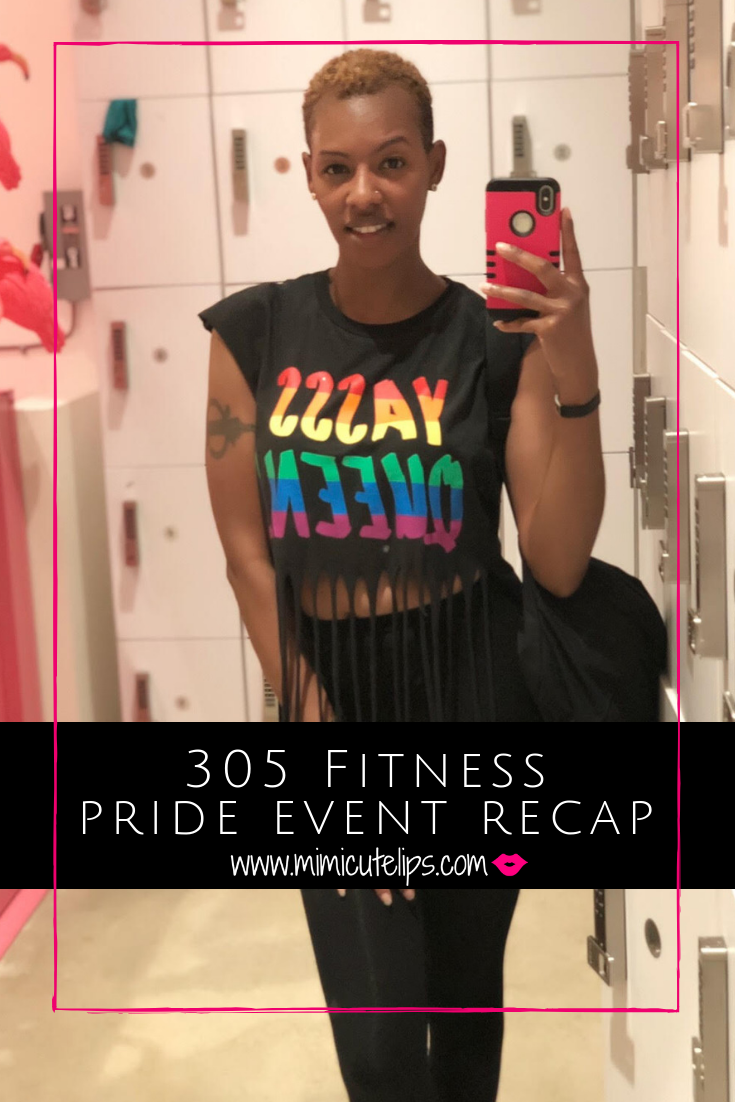