I am always trolling for dinner recipes. I need my meals to be delicious but also quick and easy. I cook because I have to, not because I enjoy it. I find a lot of great finds on Pinterest, the Tasty app, and my friends. This one came from my co-worker, she posted a pic on the Gram and I had to slide in her DM’s. Like come on sis, I need the details.

Shrimp Boils typically require a lot of work, but not this one. You save time, but it is equally delicious.  My photography skills don’t do this meal justice. My family crushed both sheets of the shrimp boil and it is now a regular favorite. 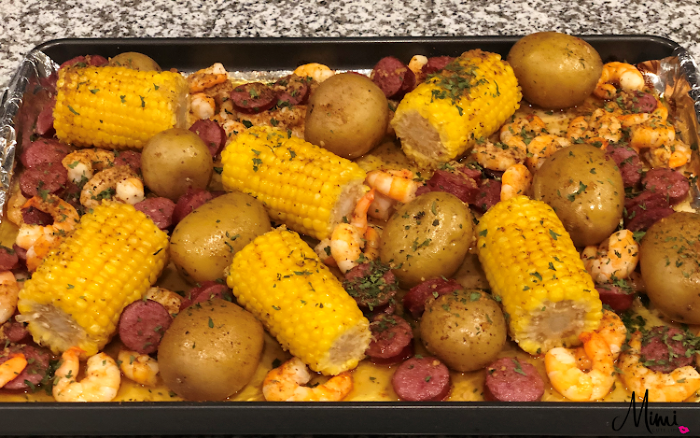 Here is a quick list of ingredients even though we will get into them one by one.

I believe in remixing a recipe so let me share what I actually used. 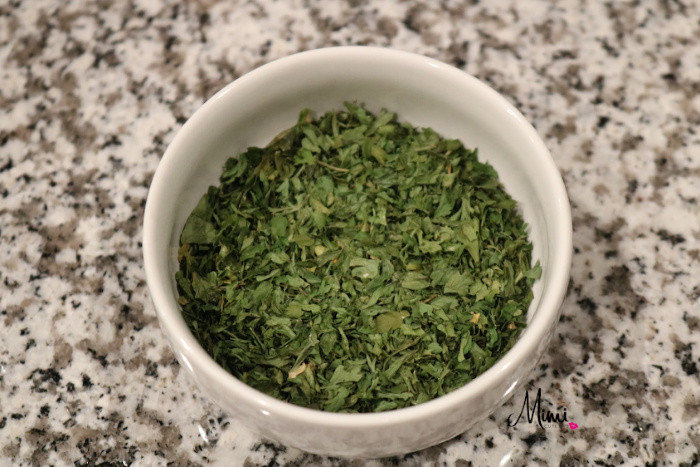 The recipe calls for 2 tablespoons of parsley. I added a little more before putting it in the oven. 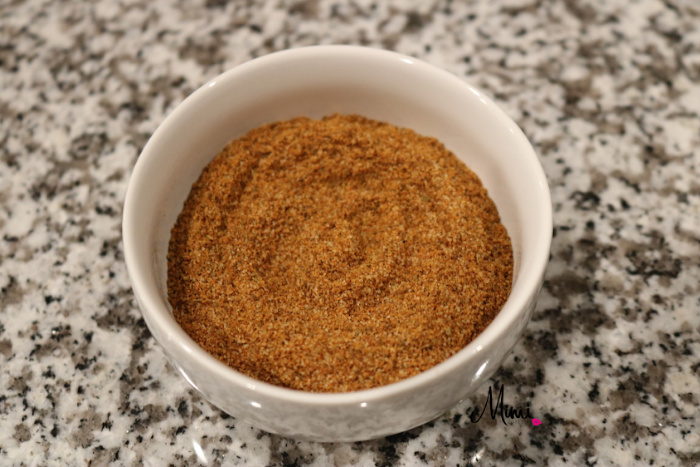 The recipe calls for 1 tablespoon of Old Bay Seasoning and that was plenty. 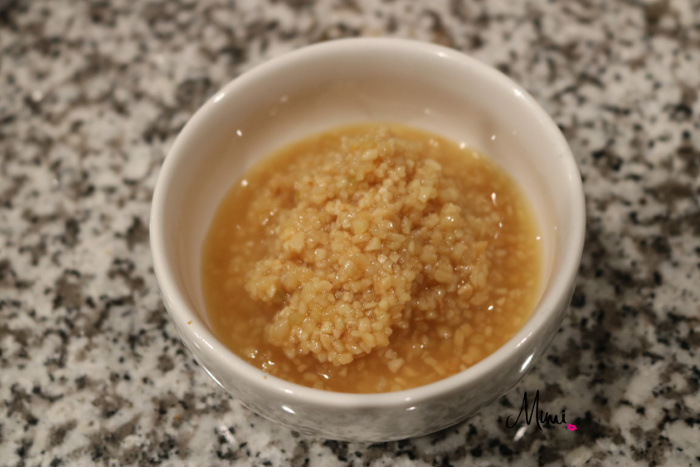 The recipe calls for 4 cloves garlic, I used minced garlic instead. 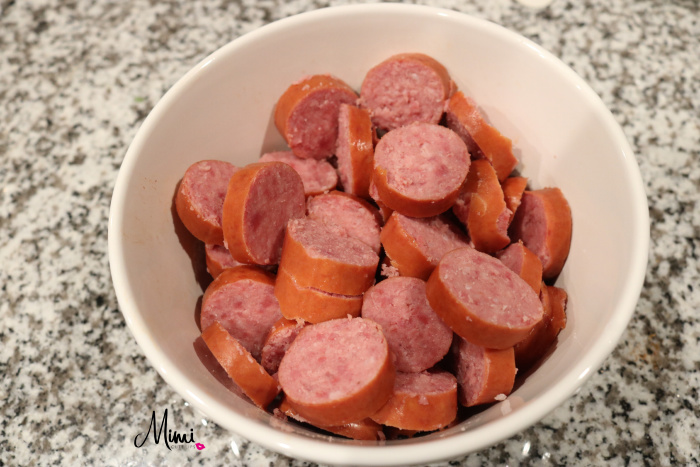 The recipe called for 1 (12.8-ounce) package of smoked andouille sausage. I had beef kielbasa, so that is what I used. 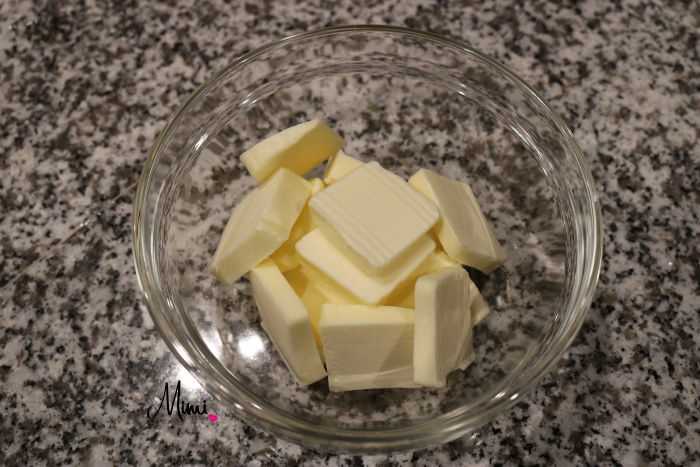 The recipe called for 1/4 cup of unsalted butter, that was perfect. 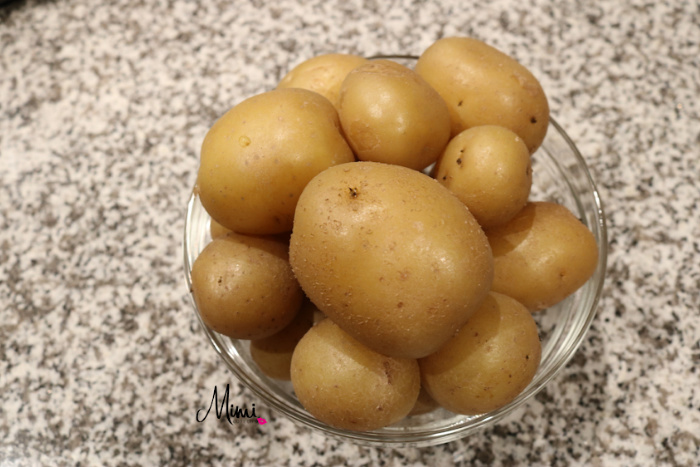 The recipe called for 1 pound of baby Dutch yellow potatoes. I purchased golden potatoes, they were delicious. 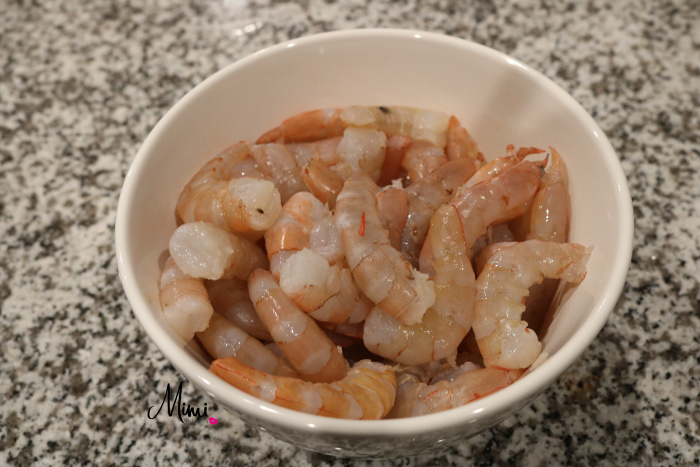 The recipe called for 1 pound medium shrimp, that was a good amount. However, you can’t ever have too many shrimp. I’m just saying. 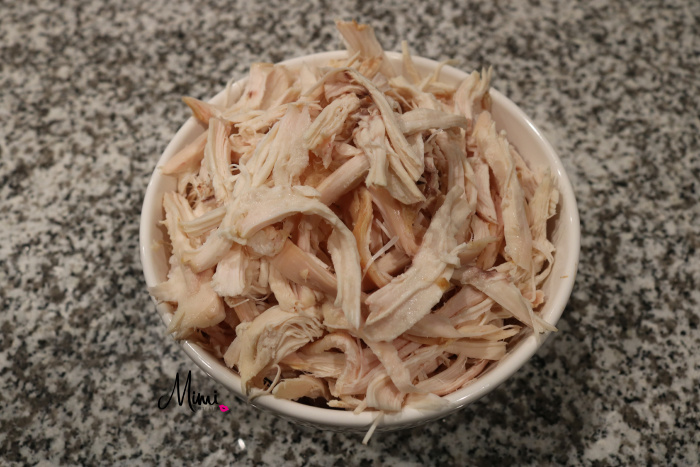 My son has a severe shellfish allergy so I made him a chicken version. All other ingredients were the same. 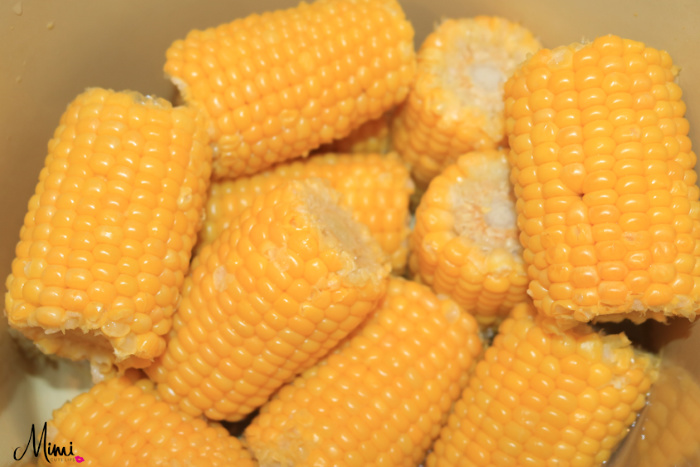 The recipe called for 3 ears of corn, and they said to cut crosswise into 6 pieces. The way my cutting skills and knives are set up that was not a thing that I was about to do. However, my corn size worked out just fine. 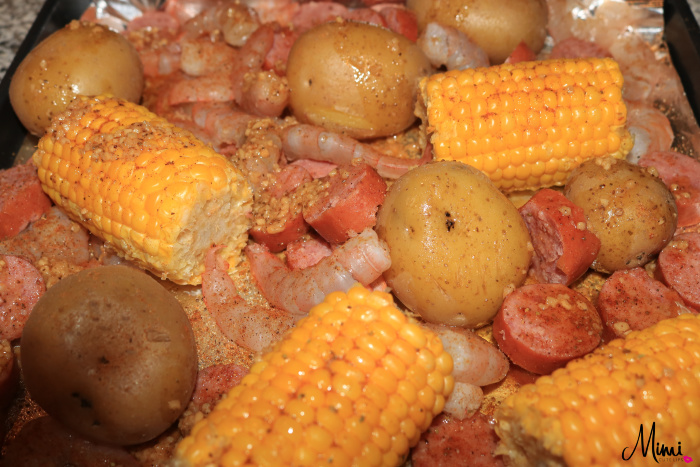 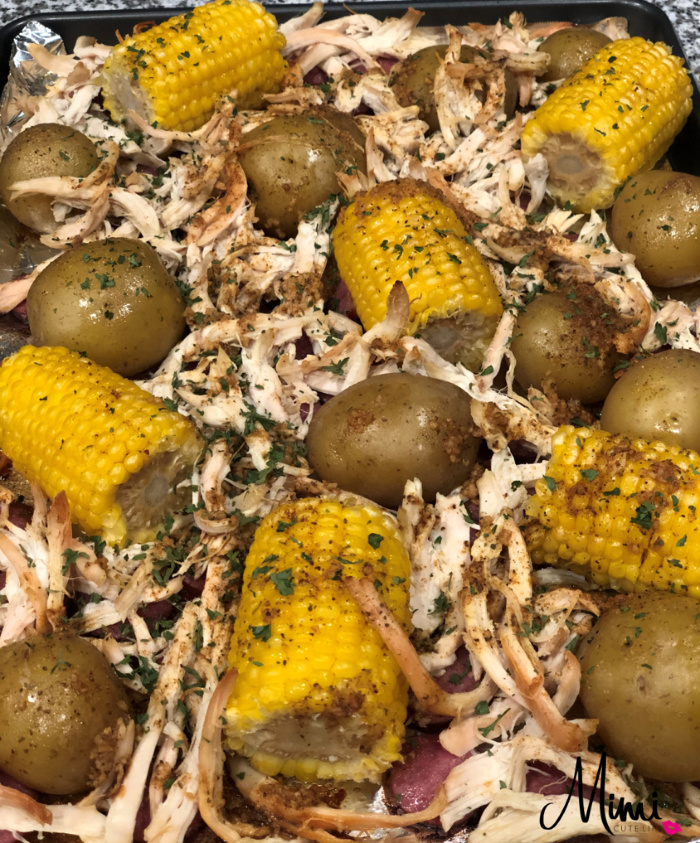 For my son, I use shredded chicken to substitute the shrimp. 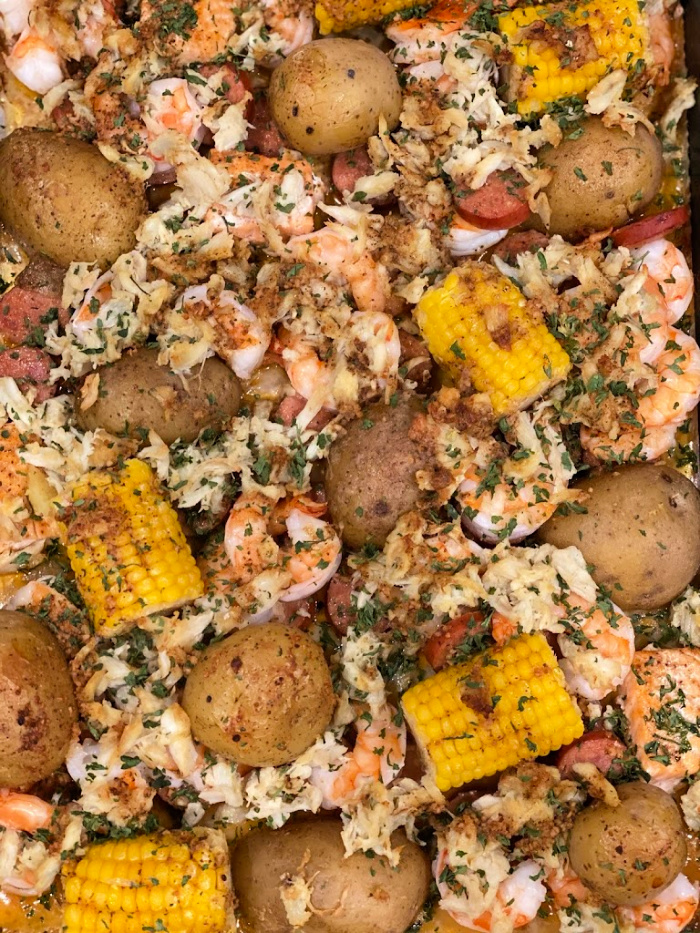 I remixed this after I made it the first time. This time I topped it with crab meat, and pieces of salmon. OH MY GOSH! It was even better than the first time around. 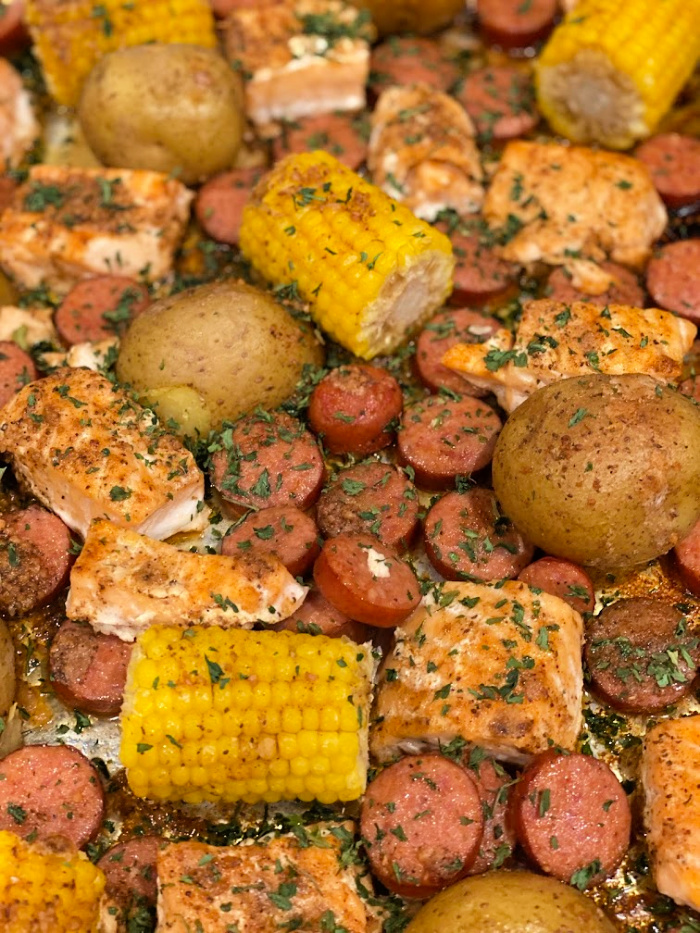 I told you my son is allergic, so this time I made his with salmon. This was a better choice to me over the chicken version. He enjoyed them both.

This is the shrimp boil recipe I used when I made it the first time. I like to put my own spin on recipes and switch out my ingredients.

What do you know about a shrimp boil? Chat with me in the comments below or FB, IG, and Twitter. 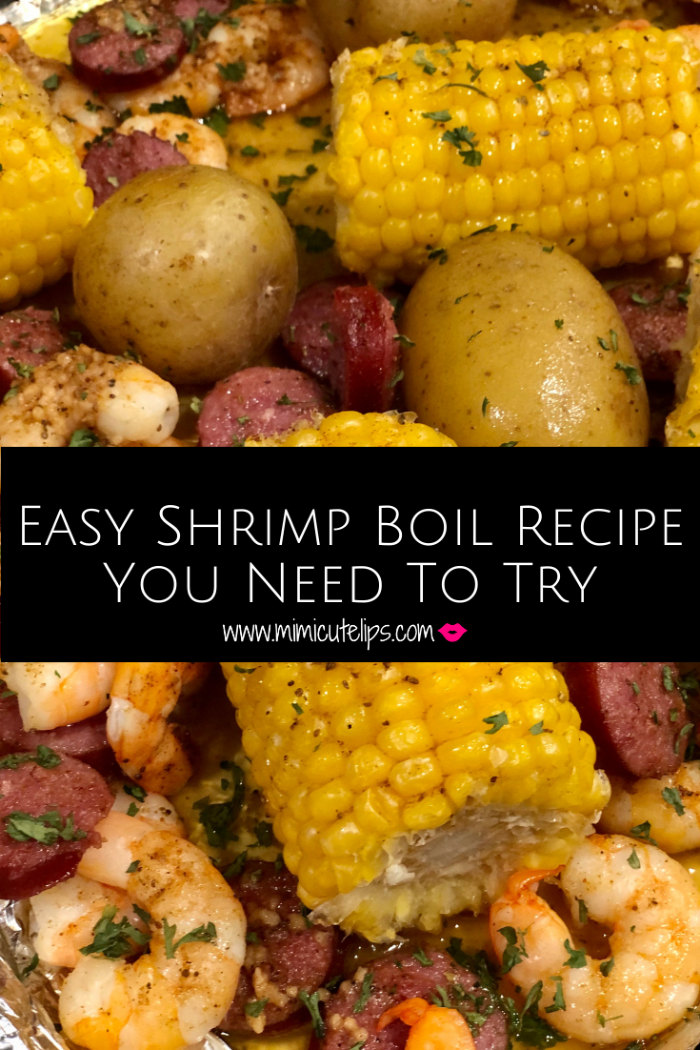