I have been struggling to write lately, and I don’t believe in forcing it. If I don’t feel it, then I can’t write it. So I took an unexpected break but I’m back now. Let’s talk about where I have been and what has been going on, and not going on with me. 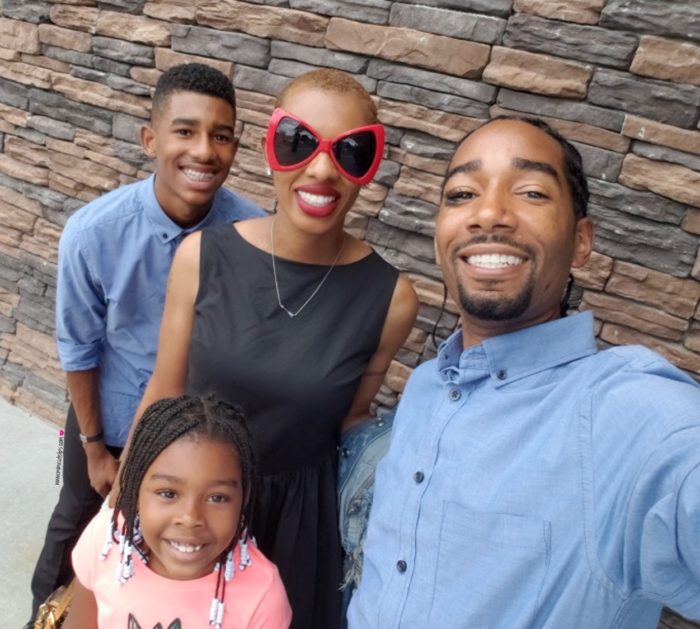 Joy comes in the morning.

I took an unplanned two-week break from life honestly, but definitely from my virtual home. My sanity depended on it, and I’m so thankful I was obedient to my feelings and I trusted the process. The words just did not come to me, and I barely posted to social media.

Back in November, I shared my cousin Thais’ story about having Stevens-Johnson Syndrome and battling stage 4 pancreatic cancer. Well, with a heavy heart, a touch of peace and eyes filled with tears I have to tell you that Thais departed this earthly life on the evening of Saturday, August 18th. She had been fighting for her life for 33 of her 40 years. She had a strength beyond any superhero that exists in a movie. Doctors had counted her out at age seven and she proved them wrong every time. When they told her she could not, she would simply show them otherwise. Even down to the last minute, on August 8th we were told she only had a week left. In true Thais fashion, she held on a week and three days. 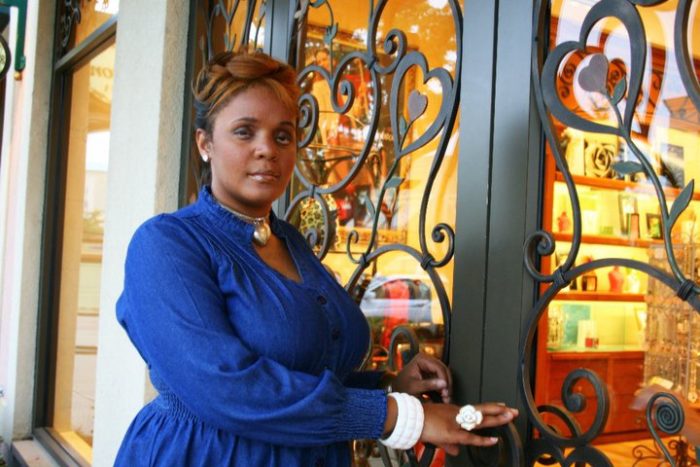 Although Thais was my cousin, we were raised as sisters. I would call her every week and we would spend 5 minutes on the medical stuff and the other 55 minutes talking about everything else. I would send her my video clips when I did interviews or was on TV. Although she could not see them, she enjoyed listening to them. That was my way of bringing the outside world to her. I would also share the family business that belonged to me and others.

On July 7th Thais turned 40, she was looking forward to it and enjoyed her birthday celebration. Although I could not be there in person (she lived 8 hours away) we made a video and sent it to her. There was no way she was going to turn 40 and I not celebrate it with her in some capacity. During our last phone call, she told me all about her birthday celebration. I had also helped our cousin James plan a surprise visit to see her. She was so excited she cried, he had been living in Japan and was worried he would not get to see her. We laughed at how good of a surprise that was and how much she enjoyed seeing him and that side of the family. I will forever hold that conversation near and dear to my heart. 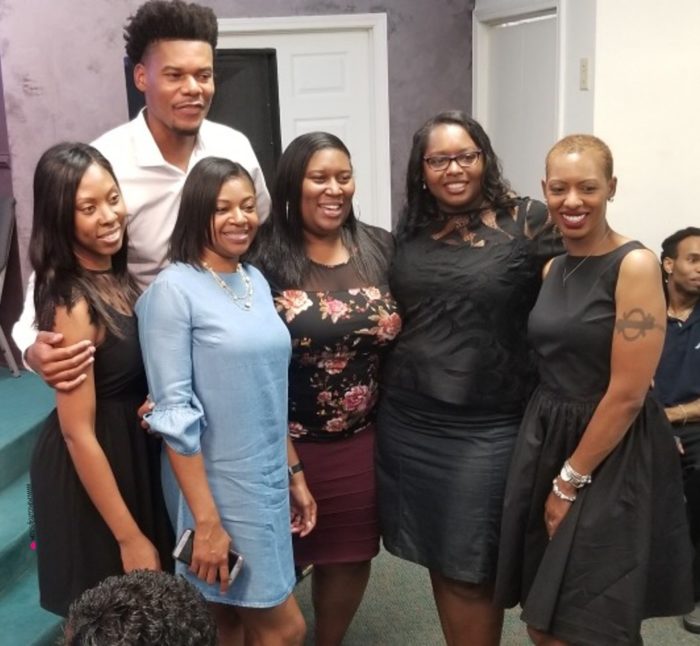 I’ve not had a death so close to me since 2002 when my grandmother died. Oddly enough Thais was our grandmother’s namesake, now Florence welcomes Florence Thais to the pearly white gates. Although I knew it was coming, it still hit me really hard. I am the strong friend that always says she is okay no matter what is going on. But, I could not go on, and I could not hide it. My anxiety was on one hundred thousand and I could not cope. I took time off work because my sanity depended on it. I felt like I was moving in slow motion, I’ve not struggled in such a way before. Shout out to my bestie Chrissy and Te for constantly checking on me and not just accepting “I’m okay” when they could tell I was not. My research on cannabis concentrates like budder and caviar was also initiated by them, in fact.

As we all know, dealing with anxiety is no joke, each and every day it can feel like a weight is on you and no matter what you do you cannot shift it. Ever since my friends told me about getting the best weed delivery dc and other places, I’ve been thinking of alternate forms of medications. I know that nowadays there is a lot more that people can access to help themselves, case in point, I have connected with other people who suffer from bouts of anxiety and they like to use medical marijuana to help with their racing mind, some have said that I can check out weed dealears near me if I do decide to use them, however, I am not so sure at the moment but it is good to know that there is a back-up and something to discuss.

That Monday my Aunt and Thais’ mom called me and asked if I would speak at her funeral on behalf of the cousins. I instantly said yes, but had no idea how I was going to pull that off. It had been a few days since I got the news and I still had not cried. I was so worried that I could get to the podium and completely come undone. I am proud to say I did not, Babe came to the podium with me for support and I spoke from my heart.

As soon as I sat down again on the pew, I felt a sudden wave of relief. Don’t get me wrong, it was such an honour to be asked to speak at my grandmother’s funeral, but it was one of the toughest things that I had ever been asked to do, and I was glad when it was over. If anything, I was worried that I would ruin the funeral. The service was beautiful. It was clear for all to see that it had all been planned meticulously and down to the last detail. Actually, I think I overheard someone talking about how she had looked into senior life insurance several years before she died so that her funeral expenses, for instance, would all be covered within the policy so that her family wouldn’t need to pay for it. Now, that explains it. It was planned so well because my grandmother knew exactly what she wanted and was able to plan it for it as much as possible before she passed. It was a lovely day, and I hope we were all able to do her justice. 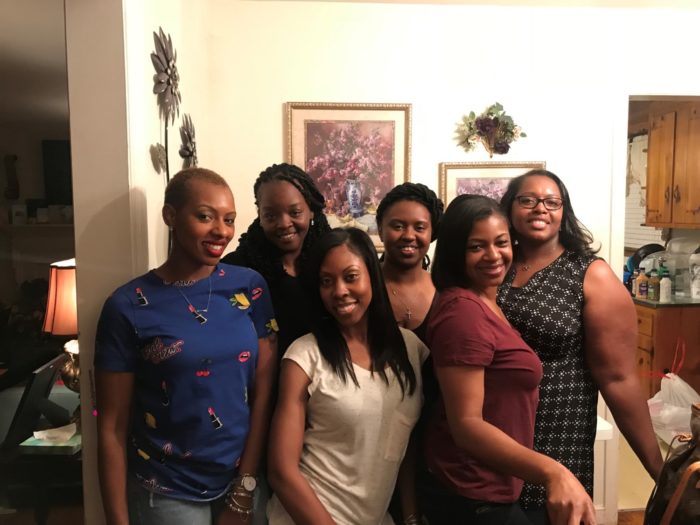 I shared a glimpse into our life as cousins and how we are all more like siblings. We’ve been fussing, fighting, loving and supporting one another since we were kids. As adults, we made sure we maintained that same bond. We came from as far north as Philly, PA all the way to Columbia, SC to love on her, laugh with her and feed her Chick-fil-a. Her book of life ended at the 40th chapter, but her life will live on.

It will take time for all of us to adjust to this “new normal” but especially her mother and two kids. We are thankful for the 40 years we had with her. She left one hell of a mark on this world. 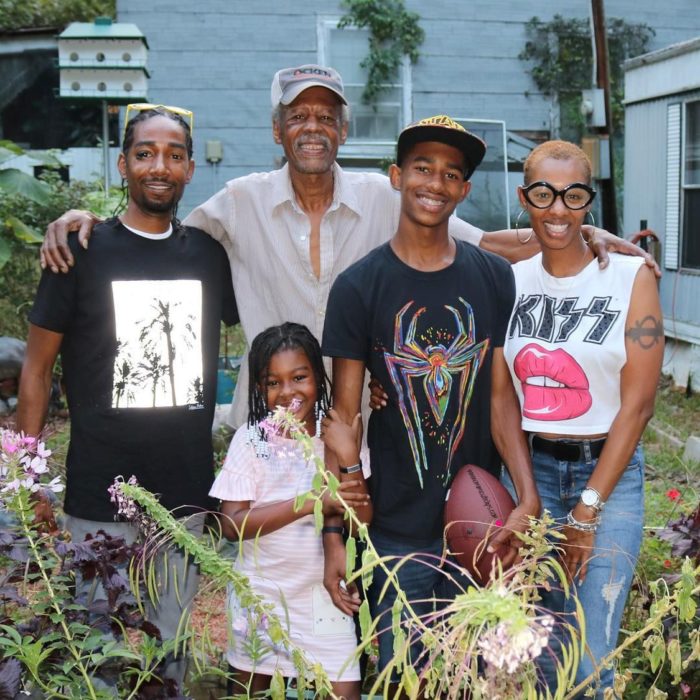 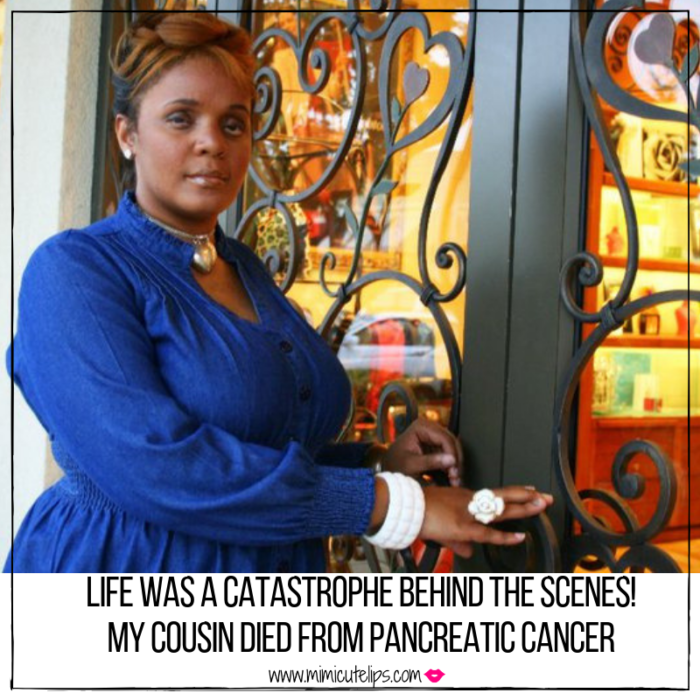 How do you manage grief? Chat with me in the comments below or FB, IG, and Twitter.