I know you’ve noticed the world is turned upside down in the name of Black Lives Matter. I live in the DC/MD/VA area and well, every damn thing happens around here. We have protestors all the time, people fly from around the world to protest here.  My job has had protestors take over the lobby of one of our buildings which forced a lockdown. I’ve gone out to lunch when the outside was open and the streets were blocked for protestors. So, seeing a protest here is not a big deal. HOWEVER, this one hits differently.

The energy around this Black Lives Matter movement is much different than any of the others. We are sick of people’s sh!t. Being so close to D.C. that brings an extra dose of drama from the White House, however D.C. Mayor, Muriel Bowser had time a few weeks ago. The White House is in charge of their property and Federal Buildings, and the other ish belongs to the D.C. Mayor. She was tired of reminding the White House, they do NOT in fact have domain over D.C. So she pulled an epic flex move.  I’m talking about the highest level of petty. Now in case, you don’t know Muriel is a black woman.  “NOBODY CAN OUT PETTY A BLACK WOMAN!!!!” – Mimi I present to you exhibit A. 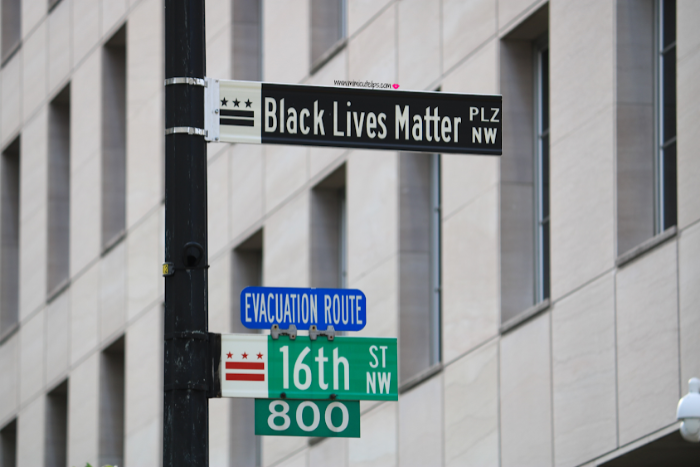 On June 5, 2020, Muriel renamed the section of 16th street in FRONT of the White House “Black Lives Matter Plaza“. That morning the local news reported that the street was closed for painting. What they didn’t know was she was having Black Lives Matter painted on the street. Her announcement tweet has been retweeted over 66.6k times. People around the world shared this. Oh, what a time to be a mofo black woman in America period, but especially living in the D.C. area. It doesn’t stop there though, she then had Black Lives Matter lights projected on two buildings near the White House. Talk about the ultimate night lights. Listen! 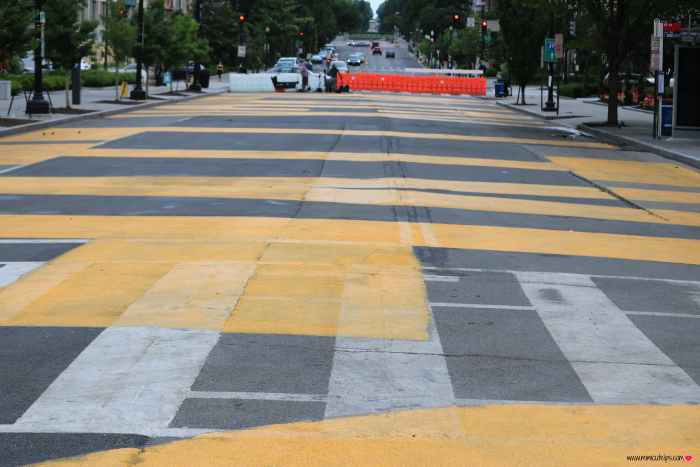 No politician in the game is without fault, trust me I know. Muriel hasn’t always done the right thing for the black community, but a change has come. For that, I salute her! In true fashion black women have to carry the world on their backs. Mayor Muriel Bowser (D.C.), Mayor Keisha Lance Bottoms (Atlanta, GA), Mayor Lori Lightfoot (Chicago, IL), and Mayor London Breed (San Francisco, CA) have been doing a great job. 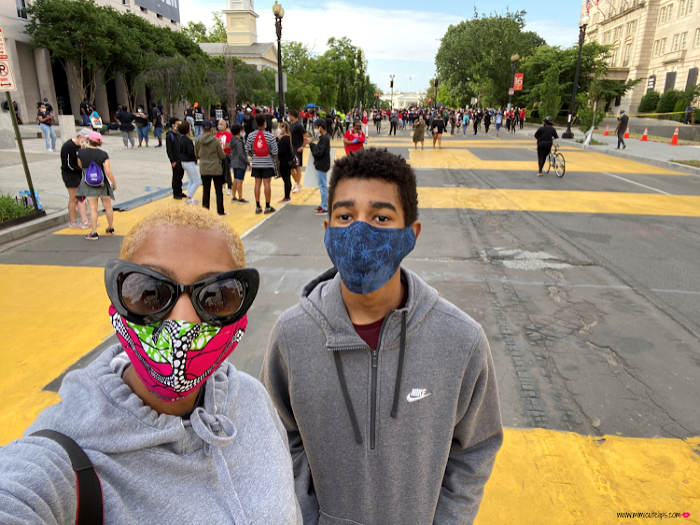 This is a caption I posted under this picture that I shared on IG. “This morning @ninjinas and I went downtown while most were sleeping. We can’t live in the DMV and not experience Black Lives Matter Plaza for ourselves.💋 I was honored he wanted to go with me. We woke up at 6 AM on a Sunday just to do this together. What we didn’t know was @alfredstreetbc was out there having church. We joined in and shared the moment together. He couldn’t see my single tear rolling down my cheek, but it was a moment I will never forget. My son, my firstborn is 5’7 and growing. This is very real for me. More on our trip later. Happy Sunday!” 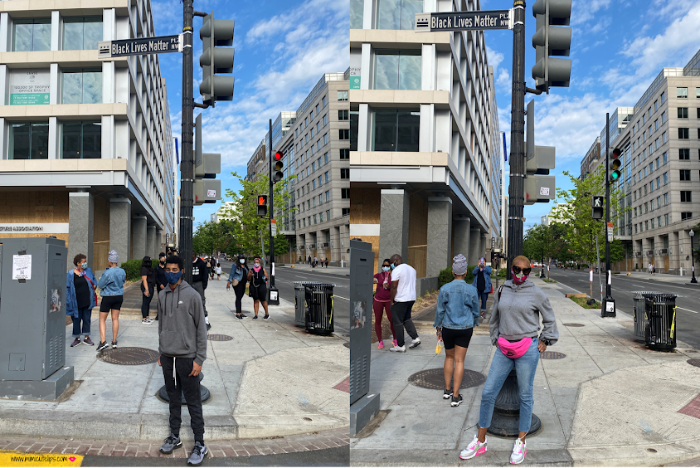 The night before we went down I told him about Black Lives Matter Plaza, he didn’t know the Mayor changed the name. In kid language, he said, “Oh, that is the ultimate flex.” He was impressed. We got downtown a little after 7 AM and got our walk on. So much of the city is boarded up for fear of looting, and a lot of the streets are blocked by police cars. We thought it would be empty but Alfred Street Baptist Church had a church service going on. It did wonders for my spirit. 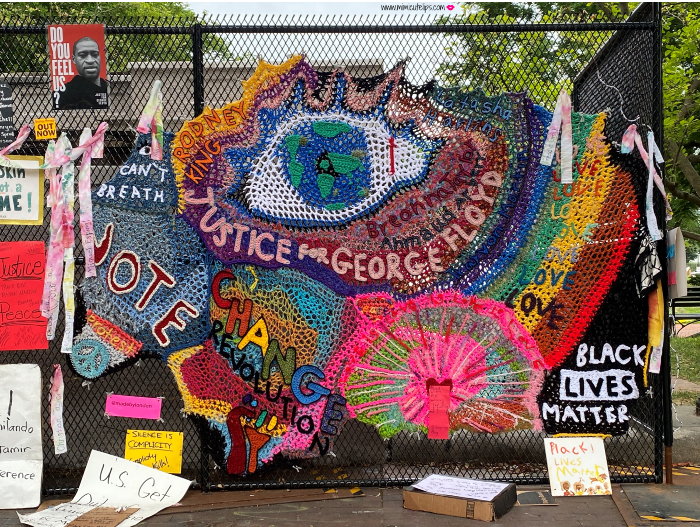 Although we wanted to see the Black Lives Matter Plaza, there is so much art around the city that we had to check it out. 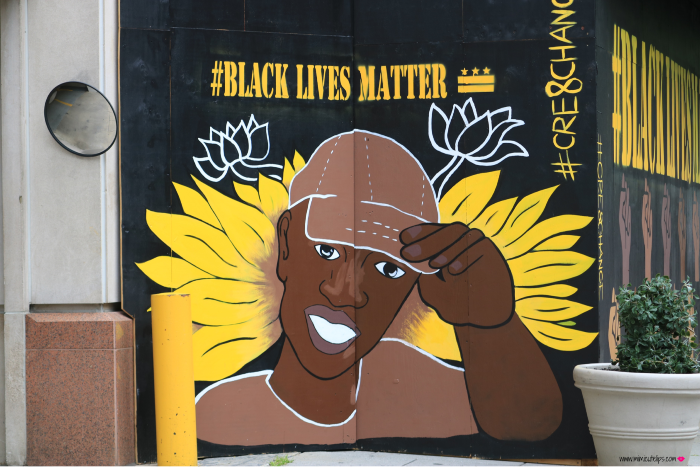 The incredible artist shared their talents in support of the #BlackLivesMatter movement. This one honors George Floyd. 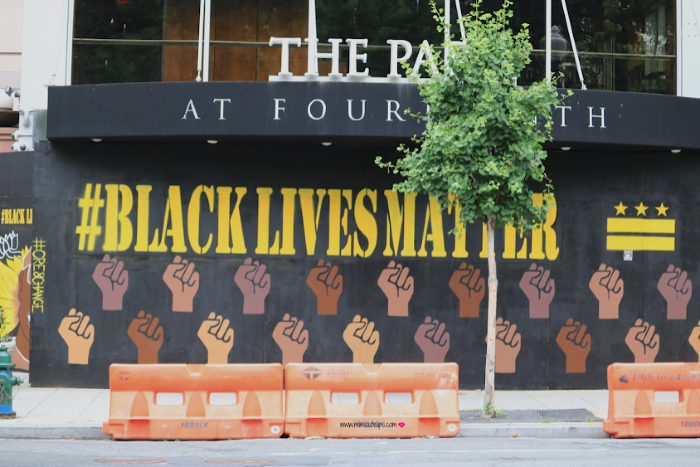 This is a continuation of the artwork above. If you are familiar with D.C. this is on Park at Fourteenth. 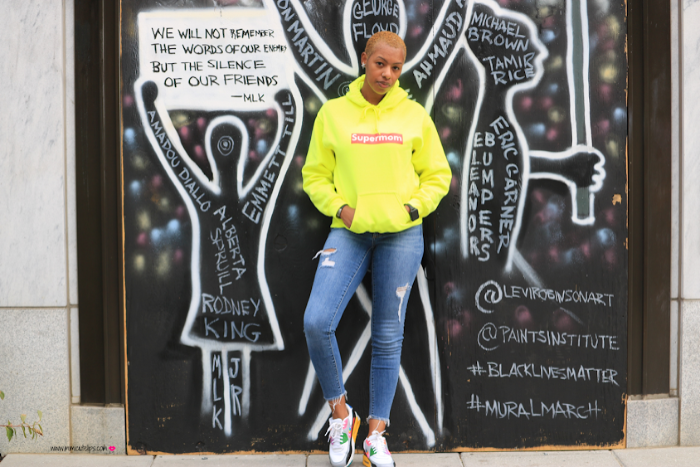 This piece spoke volumes. Shout out to the artist that created this. 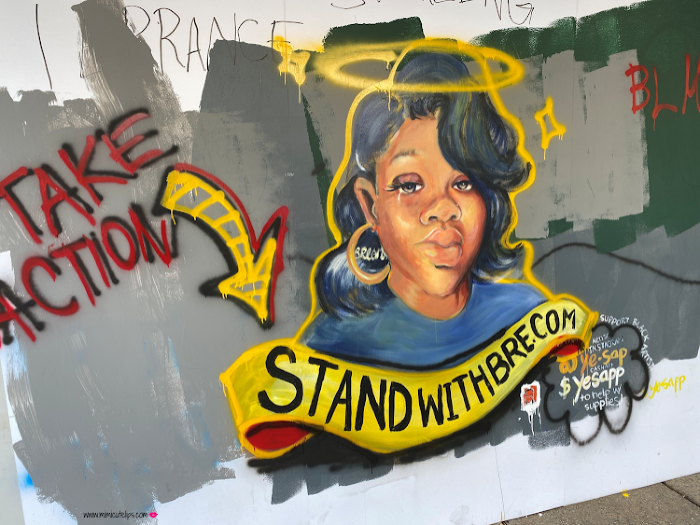 This one here was incredibly done, the sad part is the officers that killed Breonna Taylor are still going about their lives. On March 13th, in the middle of the night, Breonna Taylor was killed by Louisville police as they illegally executed a drug raid at the wrong address for a person they had already arrested earlier that day. An aspiring nurse, she had dedicated her whole life to serving others. Until her death Breonna had been working as an EMT in Louisville when the coronavirus pandemic hit, working at two hospitals to save lives in her community. She survived repeated exposure to COVID-19 only to have her life cut short by senseless police violence 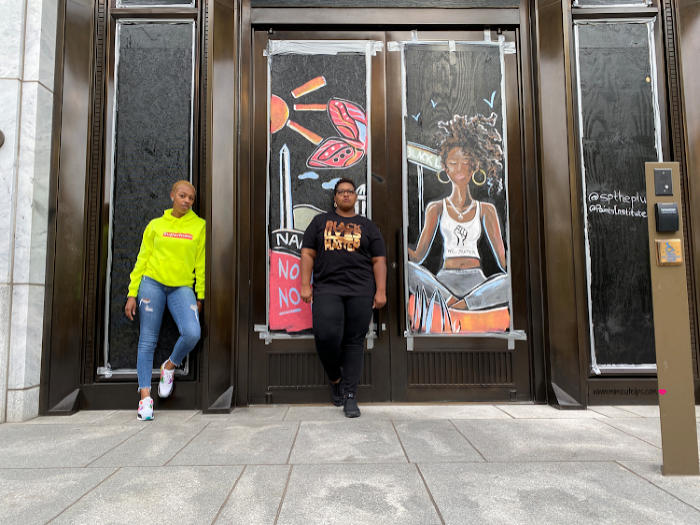 A few days after my son and I went, I went again this time with my sister. The streets were even quieter. 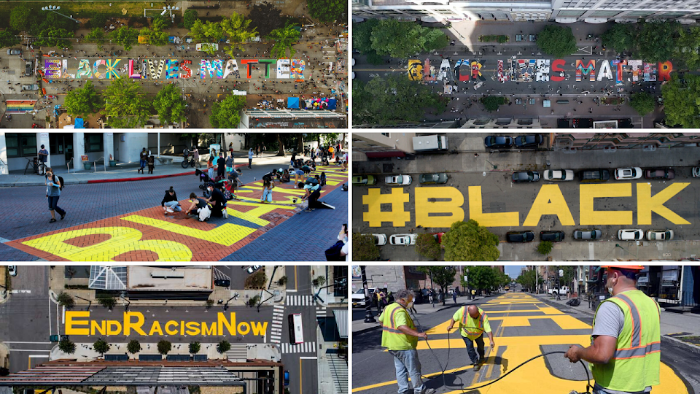 Since Muriel said what she said it has inspired other cities to do the same. The Revolution is being televised. 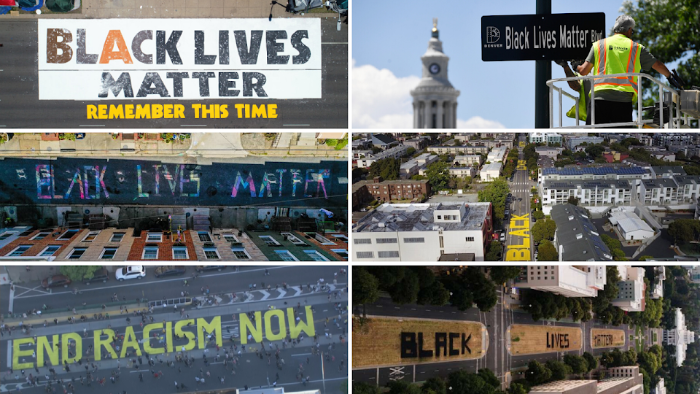 Have you seen any of these streets in person? Chat with me in the comments below or FB, IG, and Twitter. 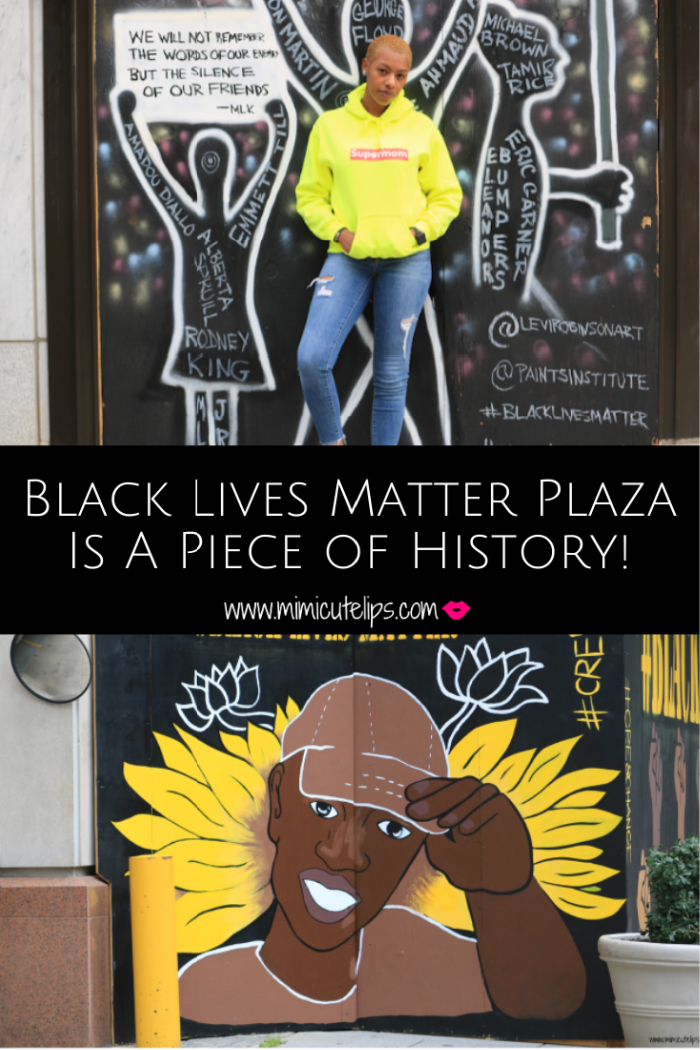