How are you doing? We are a month into this Stay Home Quarantine situation and I know you need something else to watch. So I am here to deliver some new-new to you. Selah and The Spades is the next movie you need to watch, it drops on Friday, April 17th on Amazon Prime Video. 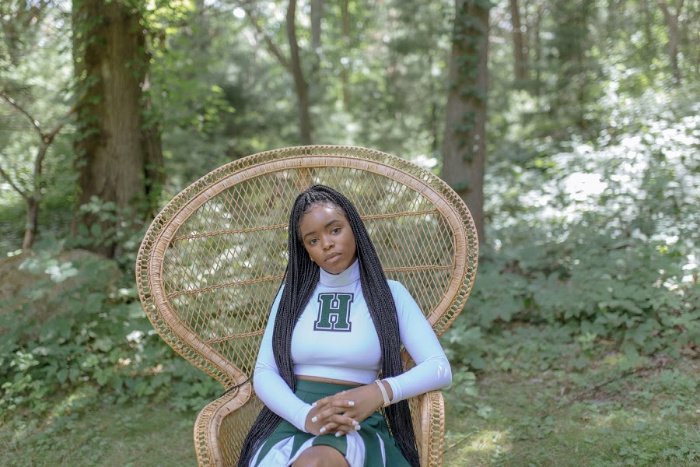 In the closed world of an elite Pennsylvania boarding school, Haldwell, the student body is run by five factions. Seventeen-year-old Selah (Cell-uh) Summers (Lovie Simone) runs the most dominant group, the Spades, with unshakable poise, as they cater to the most classic of vices and supply students with coveted, illegal alcohol and pills. Tensions between the factions escalate, and when Selah’s best friend/right hand Maxxie (MOONLIGHT’s Jharrel Jerome) becomes distracted by a new love, Selah takes on a protégée, enamored sophomore Paloma (Celeste O’Connor), to whom she imparts her wisdom on ruling the school. But with graduation looming and Paloma proving an impressively quick study, Selah’s fears turn sinister as she grapples with losing the control by which she defines herself. In her feature debut, writer/director Tayarisha Poe immerses us in a heightened depiction of teenage politics. This searing character study encapsulates just how intoxicating power can be for a teenage girl who acutely feels the threat of being denied it. Exciting newcomer Lovie Simone’s performance beautifully embodies both Selah’s publicly impeccable command and the internal fears and uncertainty that drive it. 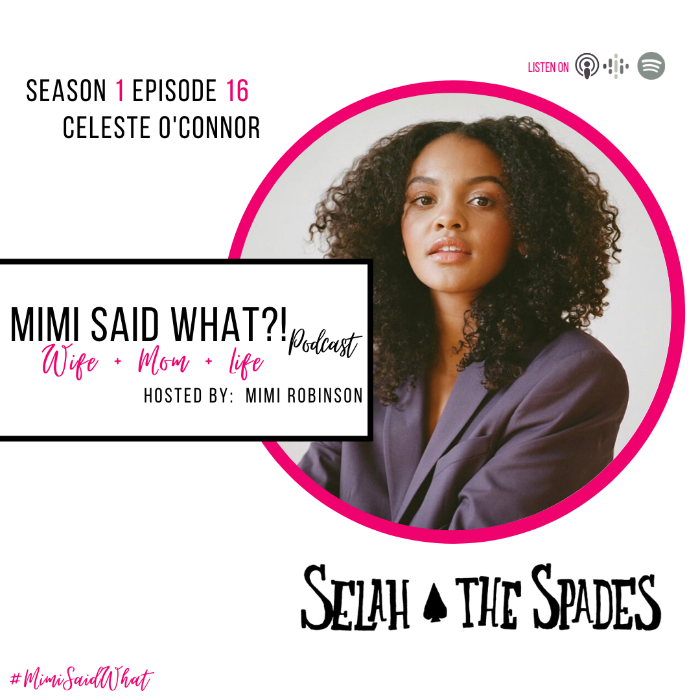 I had the honor of interviewing Celeste O’Connor, she plays Paloma in Selah and The Spades. She is relatively new to the big screen, but a genuine breath of fresh air. Listen to our interview. 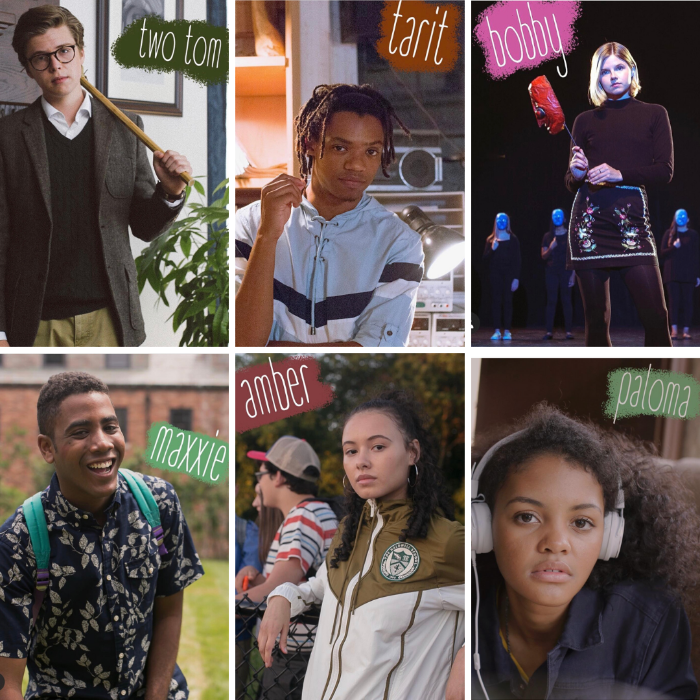 The Perfects (Run by Two Tom) Keeps the administration blissfully unaware of the student body’s ongoings.

The Sea (Run by Tarit) They’ll help you cheat your way through anything for the right price.

The Bobbies (Run by Bobby) Responsible for every illegal party that’s ever been thrown in a dorm basement after lights out.

The Skins (Run by Amber) Deal in anything you can gamble on. Football is the Fall, basketball in Winter, softball every Spring. 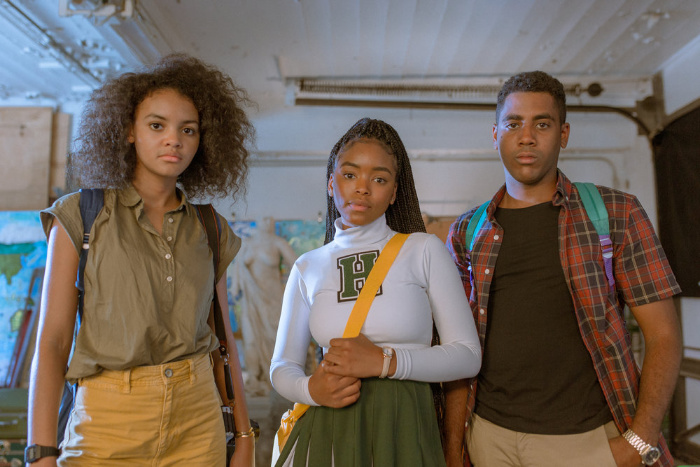 Written and Directed by:  Tayarisha Poe 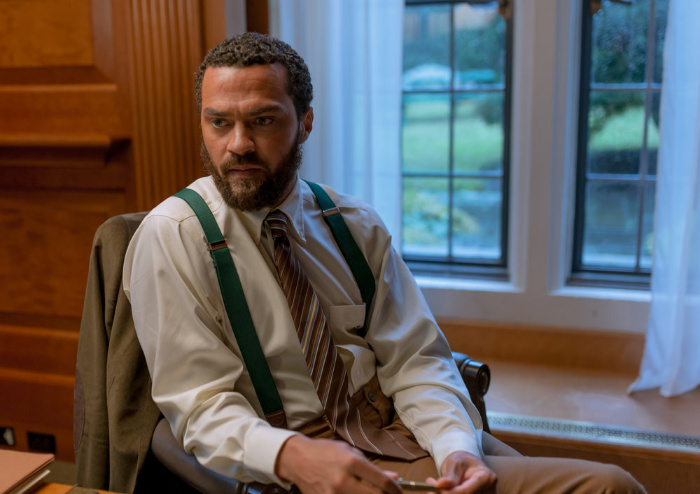 I enjoyed Selah and The Spades, it was a flashback to High School in the best and worst of ways depending on your experience. I could easily connect the characters in the movies to my friends, myself and others while in High School. Although this movie is about a boarding school, it has way more spice than I expected. I used all of my emotions and I will watch it again. I also like the girl power they display around controlling your own body.

Tune in on Friday, April 17th on Amazon Prime Video

Did you have a positive High School experience? Chat with me in the comments below or FB, IG, and Twitter. 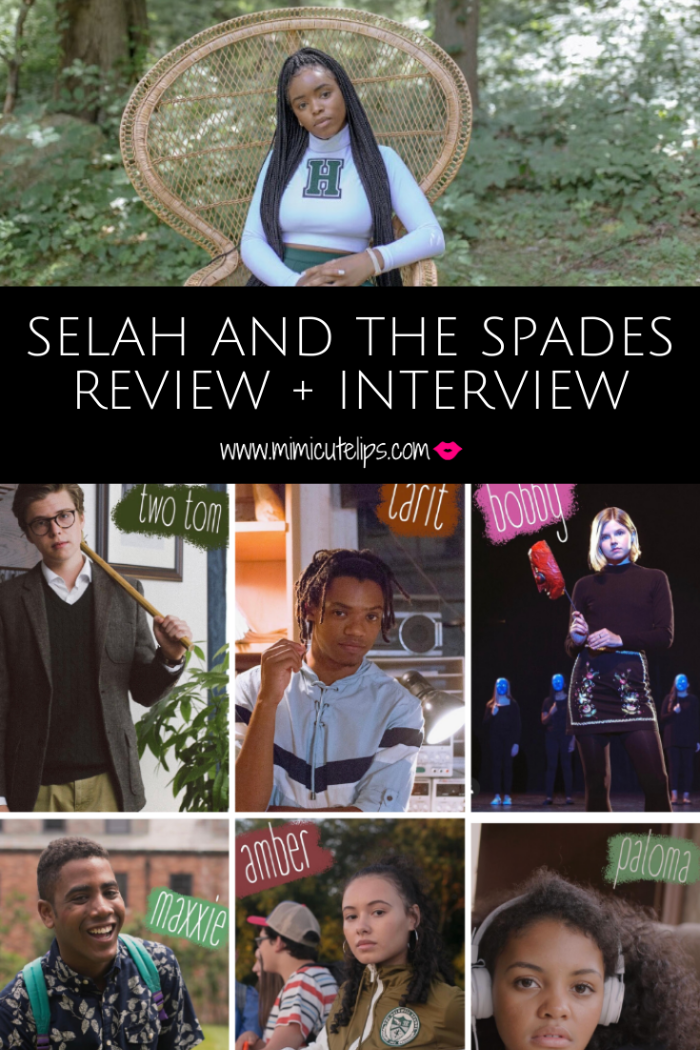