I went into the out and Babe and I had a working Date Night. I’ve not done any media work since the pandemic so I was hella excited to do this one. Babe and I attended a Drive in Style advance screening for the new show Woke on Hulu. It was the most socially distant event ever, and it was such a bomb idea too. This was such a smart and fairly easy pivot and it is a hit. I need more of this, so let’s talk about how it went down. 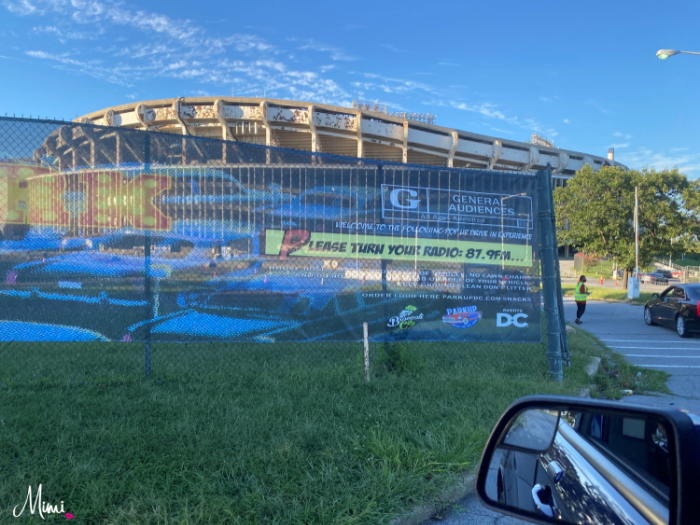 We had to RSVP via an Eventbrite link, and press got priority parking which was dope. The event took place at RFK Stadium. They had strict guidelines about staying inside of your car unless you had to use the bathroom. If so you had to put your mask on and go to the bathroom and come right back to your vehicle. They also had an & Pizza Truck available to place an order. You could not sit outside of your vehicle period. They also had people walking around to make sure the guidelines were followed at all times. I appreciated that. 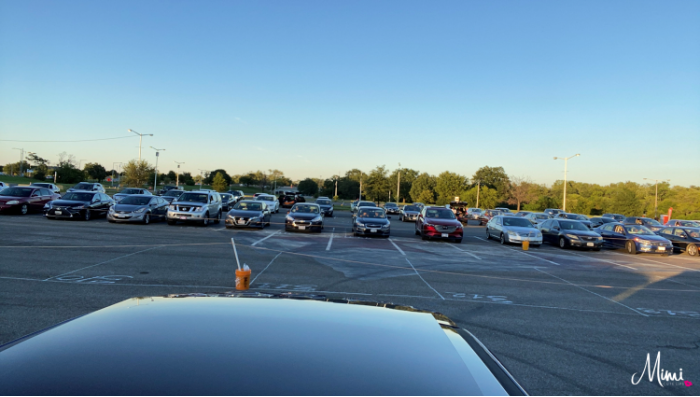 I snapped this pic with a selfie stick before the show started. This is what the spacing looked like. It filled up a bit more after this. 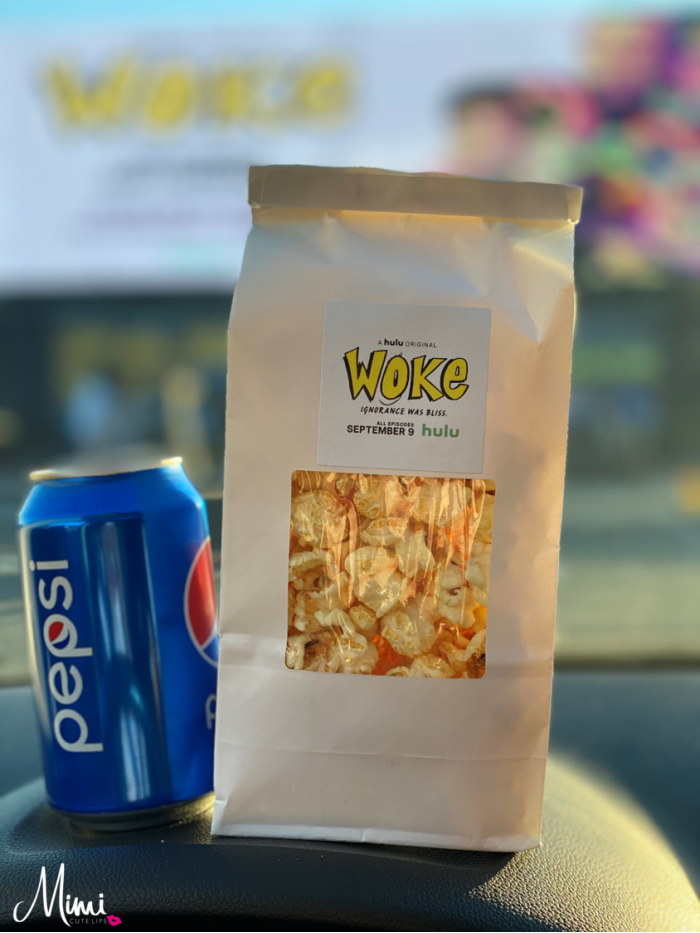 You can’t watch TV unless you have snacks. Upon entry, they gave each car two bags of popcorn and a soda. That was a nice touch. It was good too. 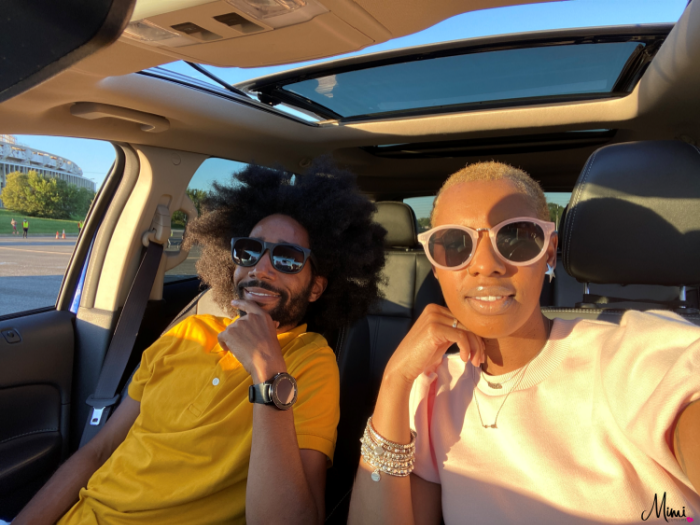 Although this was work, it was nice to just have some us time. We’ve not really had that during the past six months. We got all cute just to sit in the car, and I was alright with that too. I legit had on makeup, a brand new shirt, and brand new sneakers. 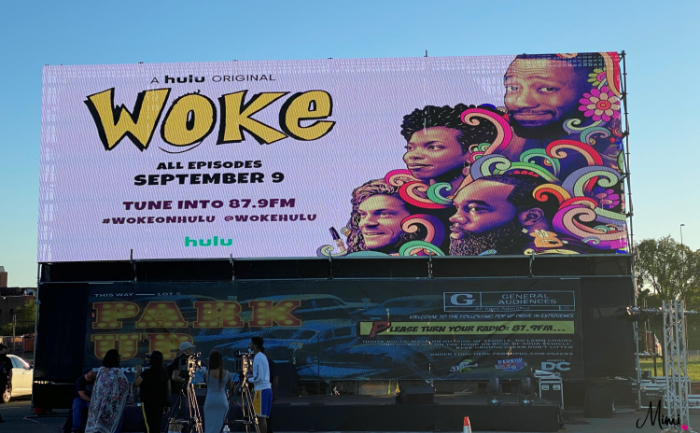 Inspired by the life and work of artist Keith Knight, comedy series WOKE takes an absurdly irreverent look at identity and culture as it follows Keef, an African-American cartoonist finally on the verge of mainstream success when an unexpected incident changes everything. With a fresh outlook on the world around him, Keef must now navigate the new voices and ideas that confront and challenge him, all without setting aflame everything he’s already built. 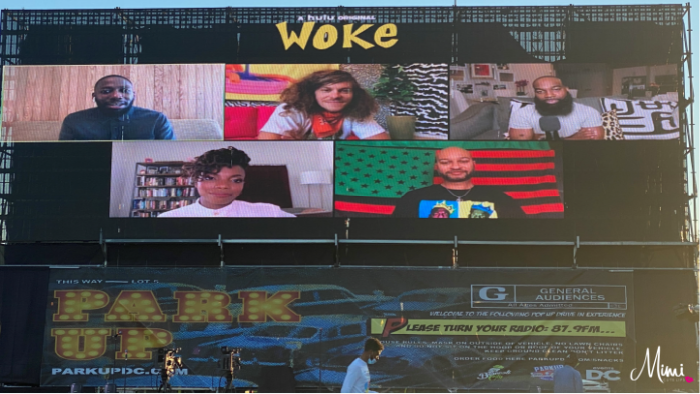 Before the screening, we watched a cast interview with Moderator Panama Jackson of Very Smart Brothas.

Keef Knight: Wake up! Art and real-life are no longer mutually exclusive. Played by Lamorne Morris

Clovis: For better or worse, he always knows what he’s about. Played by T. Murph

Gunther: Meet good guy Gunther. Always there with the red and blue pills if you want to experiment. Played by Blake Anderson 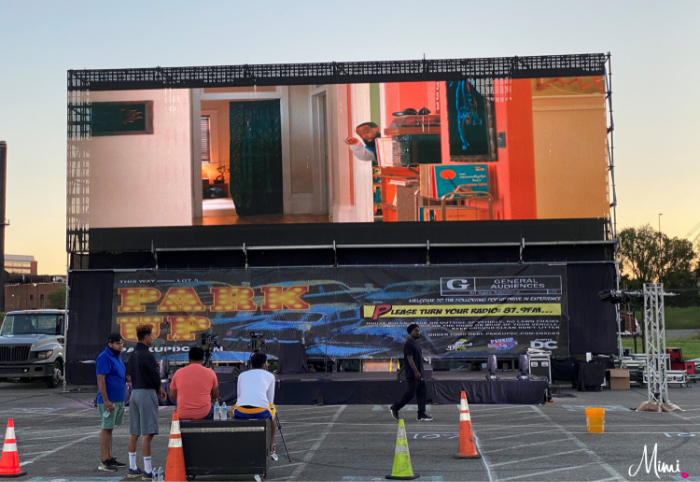 Review of Woke On Hulu

Babe and I both really enjoyed the show. The show is real for sure, but not in a heavy depressing type of way. You can identify someone in your life that will fit each of these characters. You will laugh out loud for a variety of reasons. You might even talk back to the screen which is always a sign that you are enjoying what you are watching. There are some funny non-traditional elements that contribute to the watching experience. You will hear “voices” of some of your favorite characters. It was fun for us to guess who these people are. If you are a fan of the show New Girl than Lamorne Morris isn’t a new face for you. I didn’t know any of the characters in this show prior to watching. My favorite character in the show is Clovis, although I absolutely hate his name. He seems like someone I could hang out with in real life. Homie hangout, nothing about his character is my type and you will have to watch to see why.

The music in the show is bomb, so bomb that they gifted us with a playlist on Spotify.

My last media event pre-pandemic was Little Fires Everywhere on Hulu and that was incredible TV. Hulu has been serving up solid television options for us.

If you don’t have Hulu, they are offering a free trial that would allow you to watch all eight episodes. If you are a Sprint customer they also have a plan that includes free Hulu and Tidal.

Let me know if you plan to watch or have watched? Chat with me in the comments below or FB, IG, and Twitter. 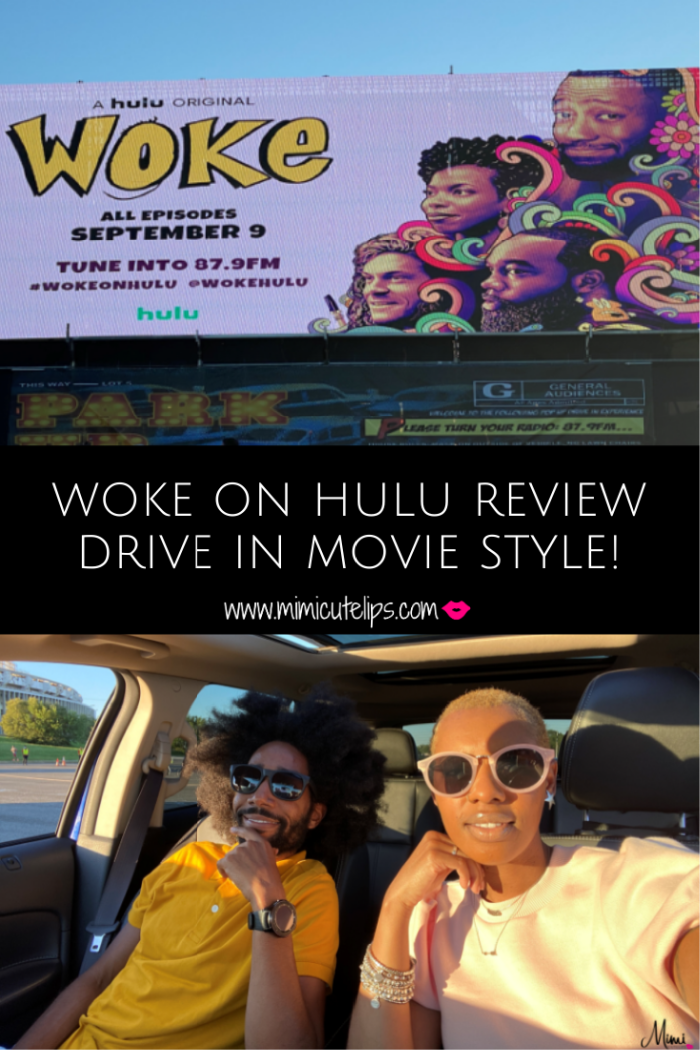