I had so much fun attending the DOLEMITE IS MY NAME sneak screening. I’ve never seen Dolemite, so I didn’t fully know what the movie was about. I do however know some of the catchphrases. This movie does NOT disappoint. It is the ultimate comeback for Eddie Murphy, and I hope he rides this wave. The old Eddie is back and he is funny AF. 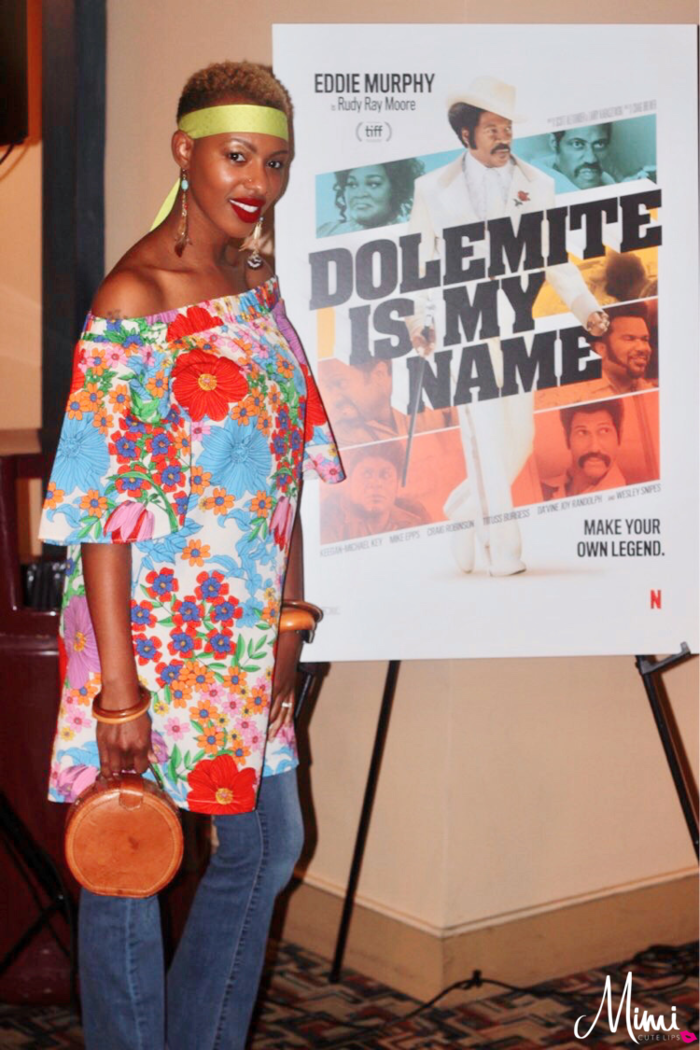 The screening was a 70’s stroll down fashion lane and I was all the way in. I had no idea what I was going to wear. Because life is busy I had no time to shop; so I turned to The Style Medic and my closet. She sent me pics of inspiration and that was all I needed to come up with a look. 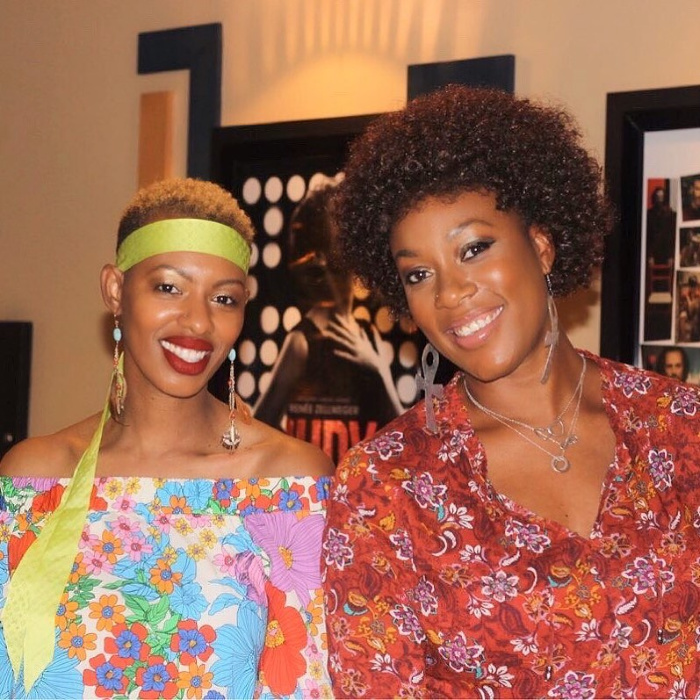 Say Hello to Barbra and Shirley aka Thelma and Willona. We’ve never met a them we didn’t like. 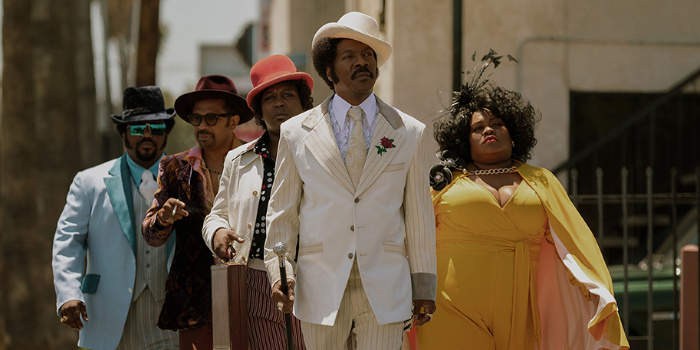 The main cast includes Eddie Murphy, Wesley Snipes, Keegan-Michael, Key, Da’Vine Joy Randolph, Craig Robinson, Tituss Burgess, and Mike Epps. This is an All-Star cast and that doesn’t even include the others that you will see like Snoop Dog, Chris Rock, Clifford T.I. Harris, and Luenell.

Usually when you have this many celebs in a movie it is trash. That is not the case for Dolemite Is My Name. This movie is hilarious, you will laugh start to finish. It is outrageous in every way and you will frequently wonder what is going on. It won’t matter because you will laugh until your stomach hurts. 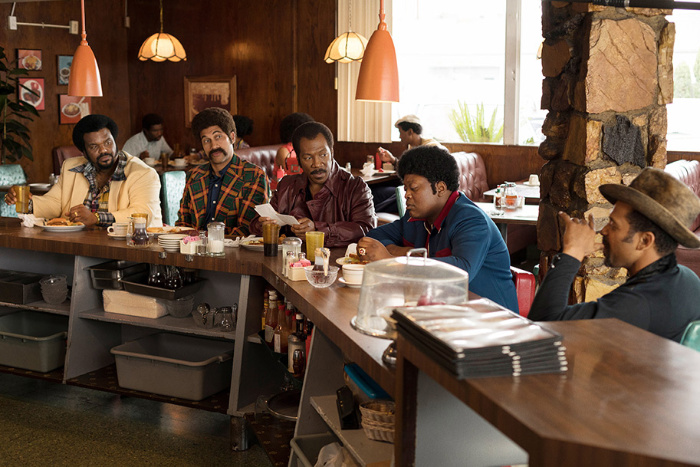 Eddie Murphy portrays real-life legend Rudy Ray Moore, a comedy and rap pioneer who proved naysayers wrong when his hilarious, obscene, kung-fu fighting alter ego, Dolemite, became a 1970s Blaxploitation phenomenon. This is not a duplicate of the original Dolemite.

Can you finish this line: “Way down in the jungle deep…”⠀⁣
⠀⁣ 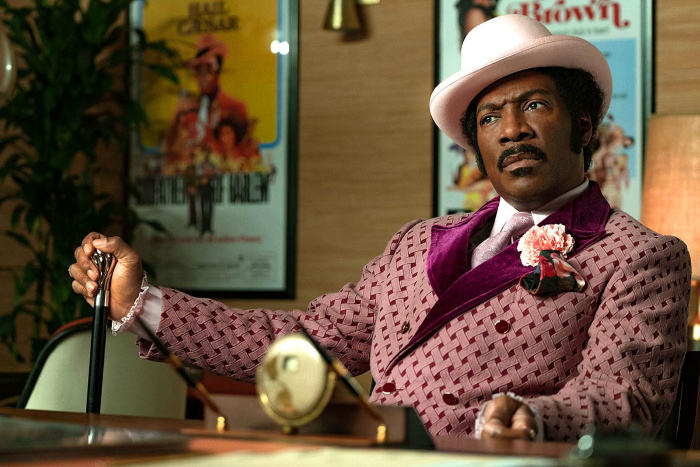 Dolemite is my name, and f*ckin’ up motherf*ckers is my game!

Murphy had long wanted to develop the story of Rudy Ray Moore, a trailblazing comedian who created one of the more bizarre personas of the blaxploitation era: Dolemite, an expletive-spewing pimp character Moore invented as a comic and brought to the big screen in 1975. Dolemite, the movie, was made for peanuts, starred many of Moore’s pals, and was written off as a total mess by critics — but it somehow spawned sequels and became a cult phenomenon for its raunchy ghetto humor and brazen tackiness. “Richard Pryor is the ceiling of the art of being funny, and this [guy] is the whole other side of the spectrum,” says Murphy, who blames the 2002 misfire The Adventures of Pluto Nash (“or some s— like that”) for keeping his plans to make a Moore biopic in 15 years of development hell. Netflix eventually came to Murphy’s rescue, and the result, Dolemite Is My Name, is available to stream Oct. 25. “He f—ing believes in himself, and that’s why his stuff works,” Murphy says of Moore, whom the actor got to meet with about the project before his death in 2008. “I thought the whole idea of ‘You don’t have to be brilliant to get your s— off, you just have to believe in it’ was a universal and timeless story.”

Truer words have never been spoken. You don’t have to be brilliant, you just need to believe in it. That is the attitude I’ve taken on at this stage of life. 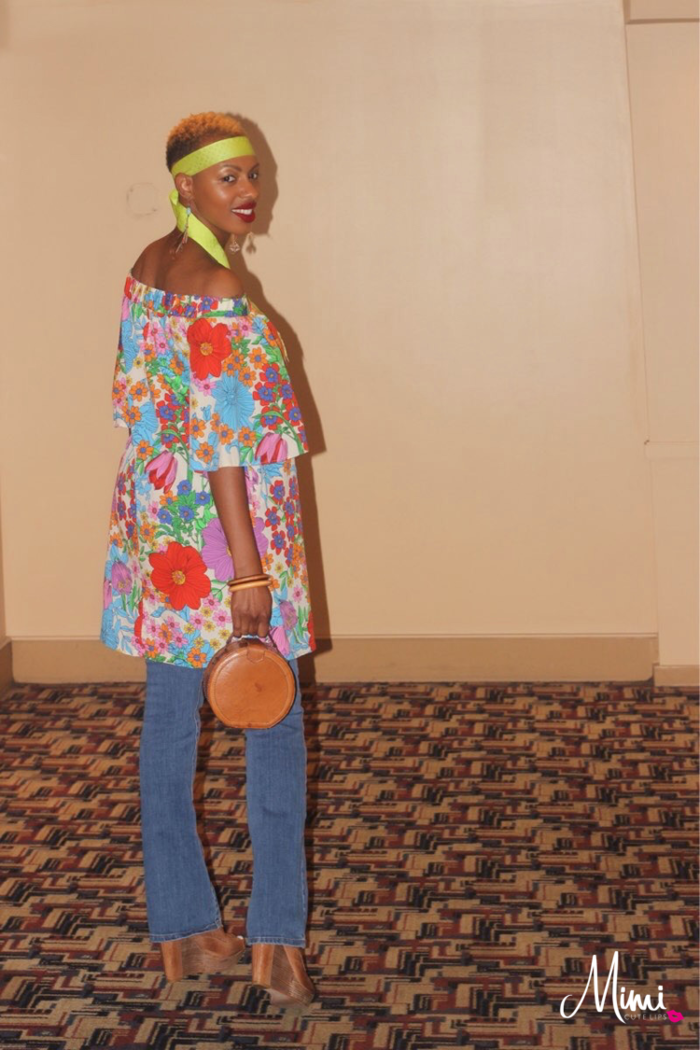 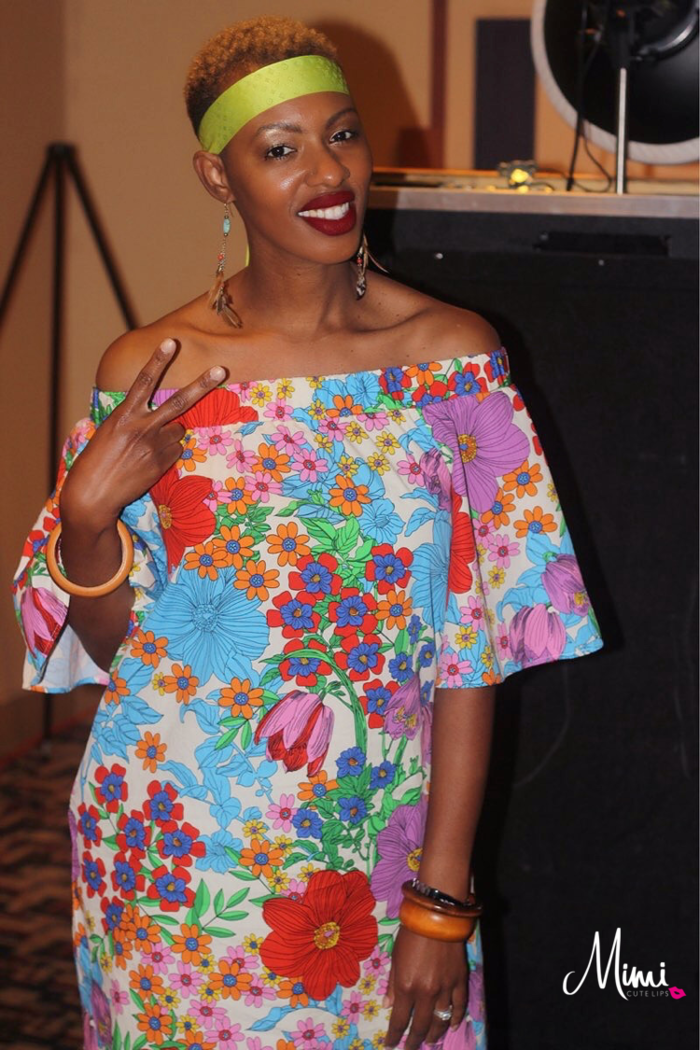 Netflix and Chill with Dolemite on October 25th.

Have you seen the original Dolemite? Are you going to watch Dolemite Is My Name? Chat with me in the comments below or FB, IG, and Twitter. 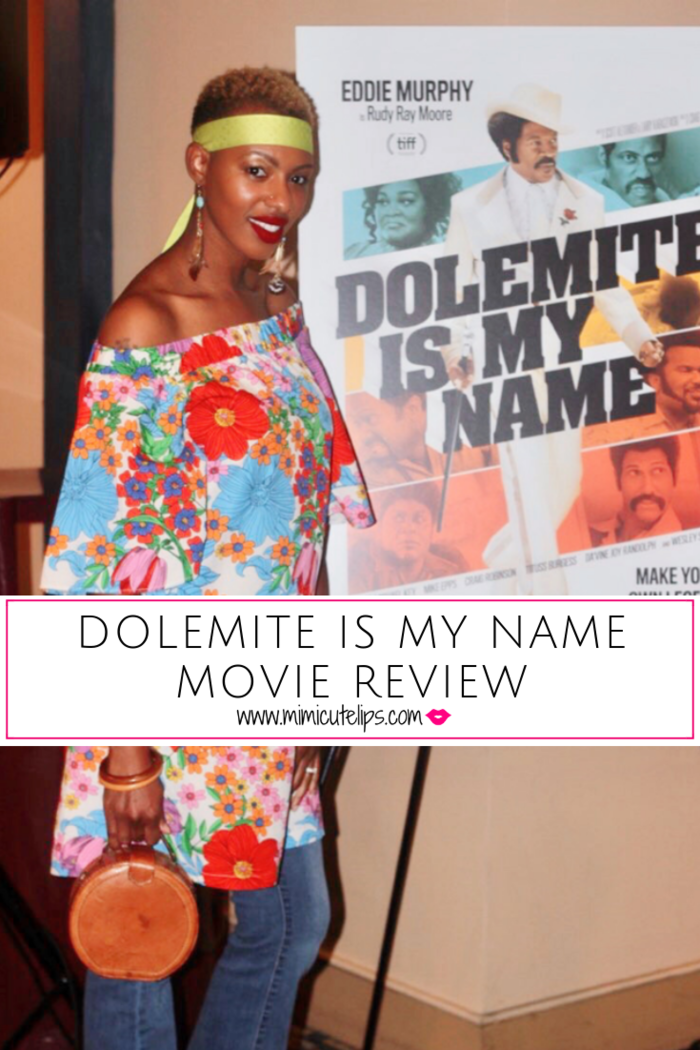 Dolemite Is My Name w/ Eddie Murphy is coming to Netflix on Oct. 25th. This movie is a must see, it is the joy your soul needs. #DolemiteIsMyName