I came back from Key West on a Monday and that Tuesday I had the pleasure of attending Luvvi Ajayi’s Book Signing event at the new National Museum of African American History and Culture Museum. It is the latest edition to the Smithsonian Museums in Washington, DC. I was really looking forward to this event because Luvvi had another book signing event while I was still in Key West and I was mad I missed it.

If you aren’t familiar with Luvvie she is the blogger behind the notorious humor blog Awesomely Luvvie and Awesomely Techie She is a New York Times best-selling author, speaker and digital strategist who thrives at the intersection of comedy, technology and activism.” The self-proclaimed Wacky Wordsmith. Pop Culture PrimaDonna. Side-Eye Sorceress. Witch of Wit. Dynamic Digerati with a Superior Shoe Game. Admirer of Alliteration. She also has the receipts to back it all up. 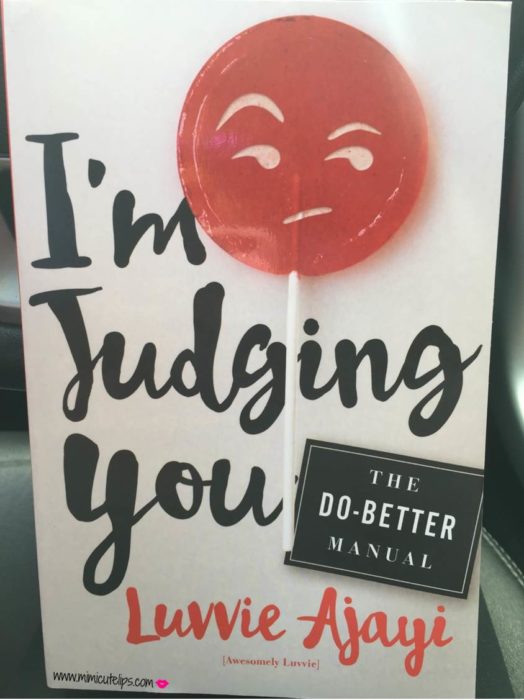 I’m Judging You, The Do-Better Manual by Luvvie Ajayi

About the book: I’m Judging You is her debut book of humorous essays that dissects our cultural obsessions and calls out bad behavior in our increasingly digital, connected lives. It passes on lessons and side-eyes on life, social media, culture and fame, addressing those terrible friends we all have to serious discussions of race and media representation to what to do about your fool cousin sharing casket pictures from Grandma’s wake on Facebook.

With a lighthearted, razor sharp wit and a unique perspective, I’m Judging You is the handbook the world needs, doling out the hard truths and a road map for bringing some “act right” into our lives, social media, and popular culture. It is the Do-Better Manual. 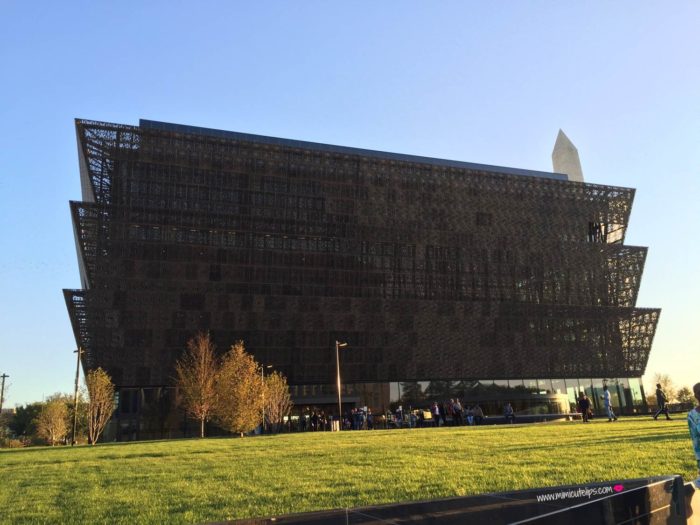 I was excited to visit the African American History and Culture museum for the first time. I only went for the event so I didn’t get to look at any of the exhibits or anything like that. I will come back for that, the museum is massive. It will take several visits to see it all but I will eventually. All black people should go, all white people should go, all Asian people should go, all Latinos should go, all African’s should go. EVERYONE SHOULD GO AND VISIT THIS MUSEUM. Our history isn’t perfect but it is the truth and we need to educate ourselves and stand in our truth in order to do better. While I’m at it make sure you VOTE! 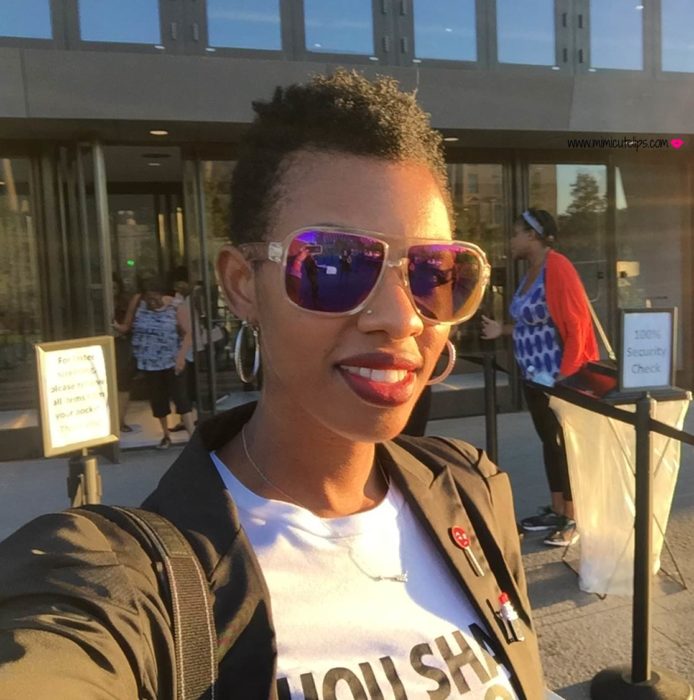 A selfie or it didn’t happen

Okay, back to the event, apparently I needed to say some things. You already know if you don’t have a picture then it didn’t happen.

The evening kicked off with a moderated discussion between Author Luvvie and her good girlfriend Award-winning author and journalist, Demetria Luca D’Oyley. If you are following this here blogging game Demetria used to blog at A Belle in Brooklyn.  She was also on the show Blood, Sweat & Heels. 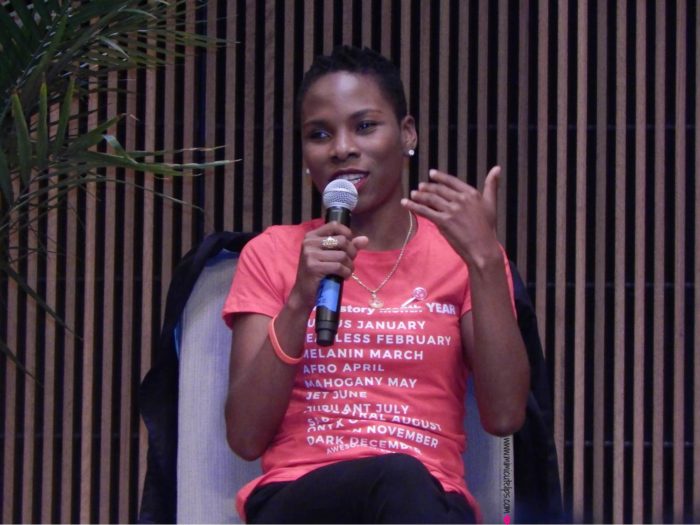 Luvvie doing a Q&A with the audience

Backstory: The first time I heard of Luvvie was July 2014 while I was attending BlogHer.  I was seated at a table having my lunch with a friend and some new friends. A young lady walked up to the table and asked if the seat next to me was available. I said yes and she sat down and joined in the table discussion.  I didn’t know her name and didn’t ask her name. She was cool, lunch was cool, and everyone at the table was cool.  Fast forward an hour or two and the very young lady that sat beside me at the table was up on the stage. WTH. How did we get here? Well her name was none other than Luvvie Ajayi. She killed her keynote and was hella funny. She was officially my kind of girl and I started following her ever since. 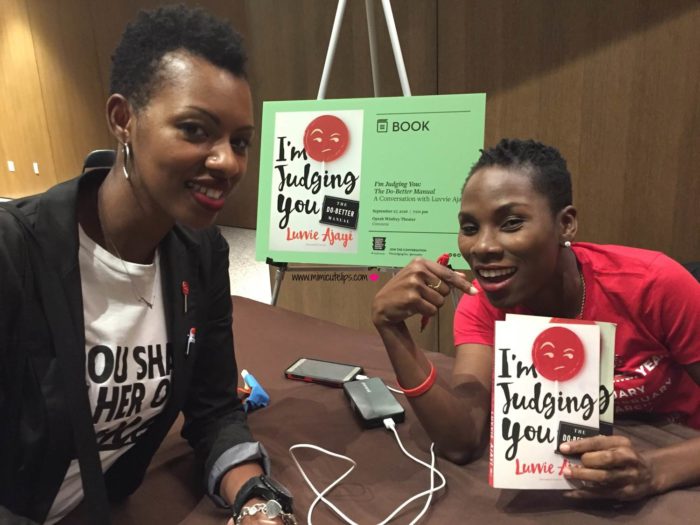 When I met Luvvie I thought she was just someone that was funny. I’ve come to realize she is hella funny, but she is so much more than that. She is a serious inspiration and motivation for me.  After the moderated discussion they opened up the mic for Q&A. I’ve met Luvvie several times now but I had a question and I needed to know the answer. Why? Because I have goals and I’m trying to figure out something she has already figured out.  Q: Do you ever worry about people’s reactions to the things you say or post? A: There are a few times she was hesitant but hit the button anyway. She has a rule she goes by and if she can check yes in all of those boxes then she is going to hit publish. She makes sure it is true and she can defend herself if someone says something crazy or asks her about it.

What I heard was all bets are off and I’ve removed any filters I once had. I have a moral compass and that is good enough. I can’t be afraid to share me and my life because someone else might not feel comfortable with it. The truth is people live for them every day and they don’t care how it makes us feel so I plan to do the same thing. Buckle up and enjoy the ride. Dear World, you can be you and still be successful. You don’t have to be like everyone else.

Funny Paragraph Read: I decided to pull a paragraph from one of the chapters I like. I like so many, but this one is so me.

Chapter 4: Under the Knife

Fun Fact: Luvvie said the one thing she will not share or discuss is her relationship. Luvvie’s got a man at home and you won’t know ish about him. Ha! She wants to be like Kerry Washington in that regard. Kerry’s daughter is almost 3 and the world has no idea what she looks like. 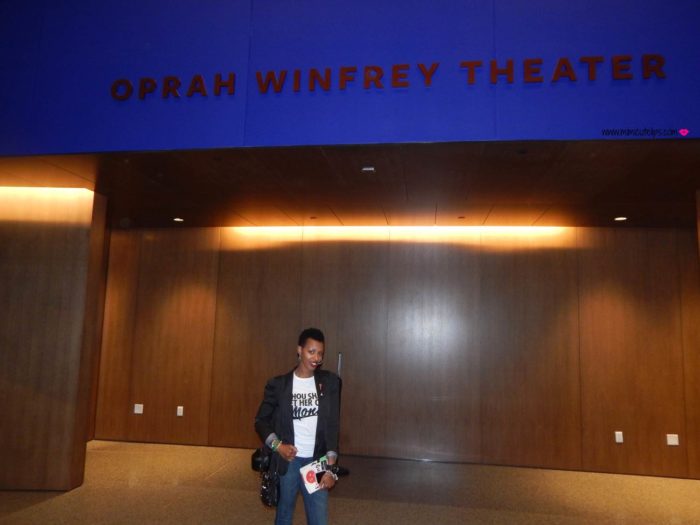 Not only was the event in the African American Culture Museum {Blacksonian} but it was held in the Oprah Winfrey Theater. I was trying to rub all of the Oprah magic off the walls. I’m just saying… Luvvie has met Oprah and few times and earlier this year she interviewed Oprah at Oprah’s event. I told you I was inspired. *Wipes the walls for more #BlackGirlMajic I need to make sure I get plenty because the way these dreams are set up. 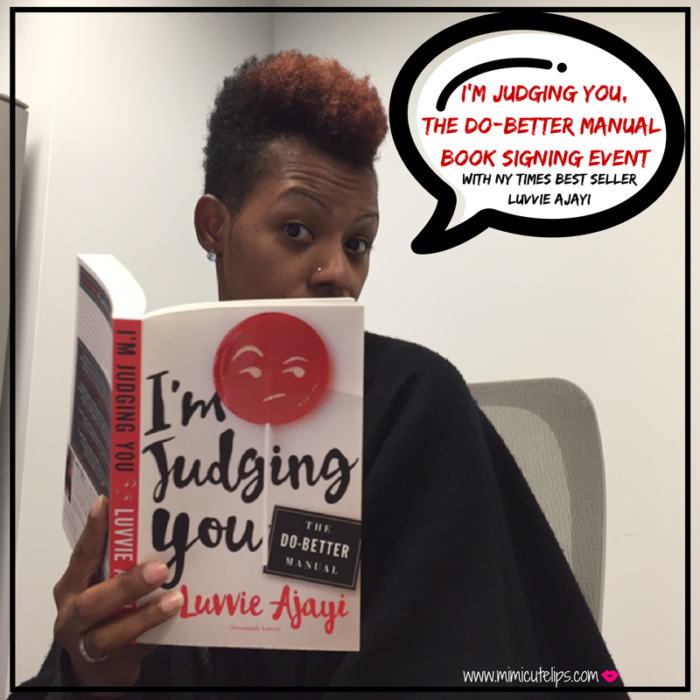 Are you familiar with Luvvie? Have you read this hilariously honest book? Chat with me in the comment below or FB, IG or Twitter.