Last week I attended the booking signing event of Issa Rae of the YouTube series Awkward Black Girl. The event took place at the Martin Luther King, Jr library in Washington, DC. I’ve walked past this library a million times but this was the first time I had actually gone inside. It was a packed house, so packed they had to put extra chairs out and even then people were still standing. Issa’s new book is titled The Misadventures of Awkward Black Girl. This is about her life whereas the Awkward Black Girl series is only a piece of her life. 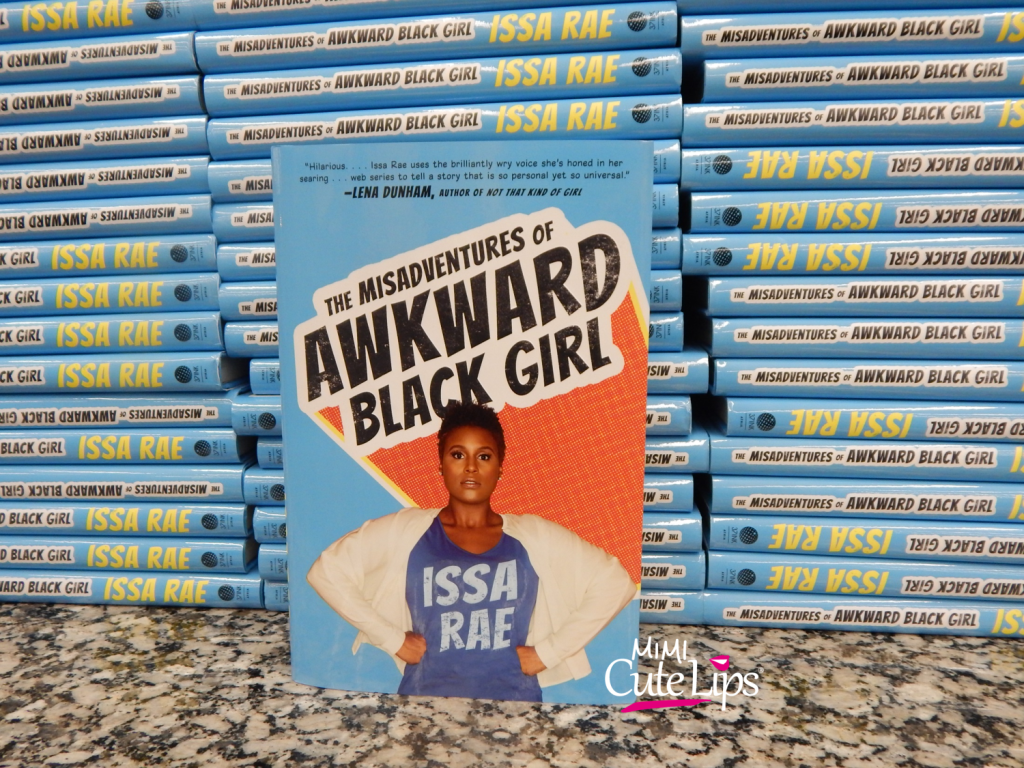 The evening kicked off with a quick Q&A session with Issa and some of my favorite bloggers. Issa was her normal raw and candid self and I was totally here for that. 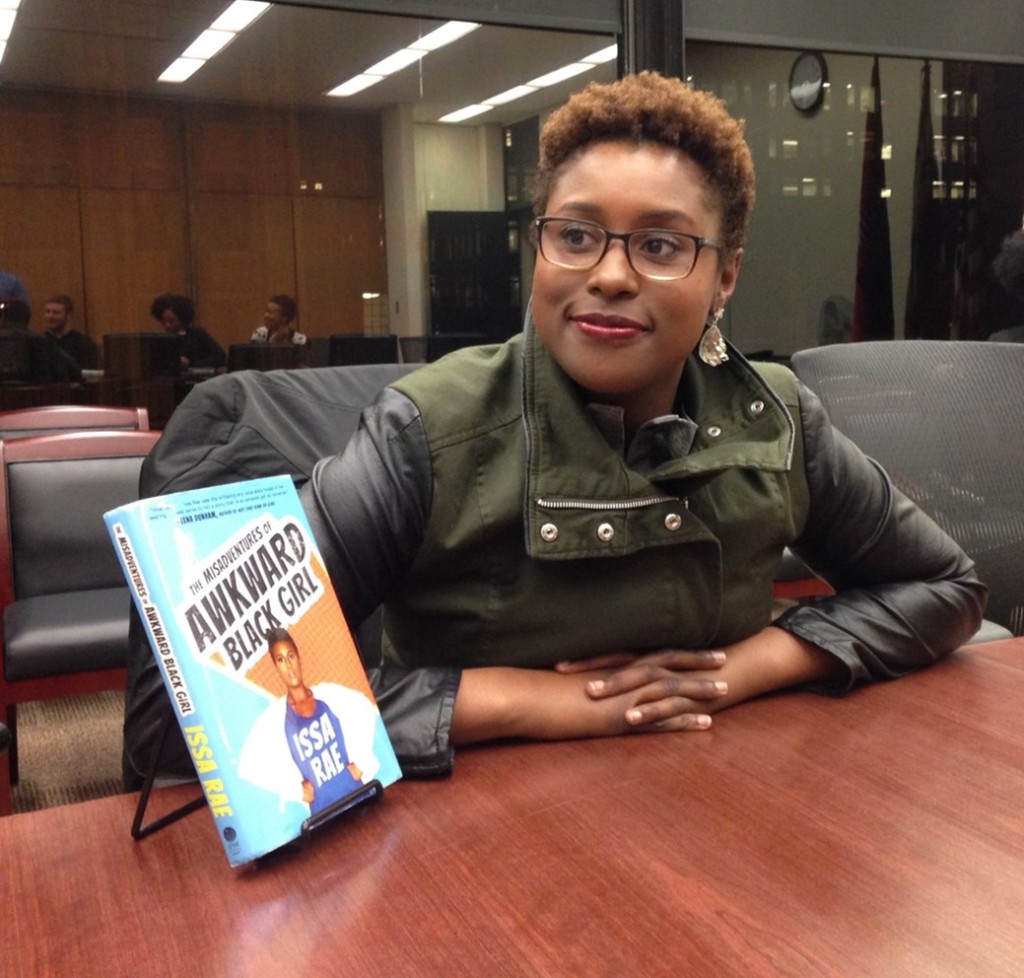 Issa: Heyyyy, you do have cute lips. {Room erupts with laughter}

Mi: I like how raw and blunt you are, I’m the kind of person that says things that most people think but don’t say. But I love that you say it and own it, were you concerned about how people would receive you being that way?

Issa: I was initially kind of concerned with the chapters like The Struggle. I did have a mini-controversy around that when Cosmo decided to use it, an excerpt it for their February issue. So like during Black History Month. I wrote that three years ago, but I still stand by my feelings about my public blackness and being put on display and dictated. It was taken out of context because they labeled it “Can We Not Talk About My Race for a Minute” and people thought I was running away from my blackness. That all of sudden I was on and now I was like nope, I’m not black anymore. Which is not true. I write a lot of things tongue and cheek or sarcastically and I was scared that people would misconstrue my words. I didn’t let that stop me from writing it, these are my real raw feelings at the end of the day. If you judge me for them fine but know that they are authentic.

Mi: Did your family feel some kind way about it?

Issa: My dad felt some kind of way initially about the chapter that I wrote about him. We talked it out and it actually made us closer because we had never talked about this before. 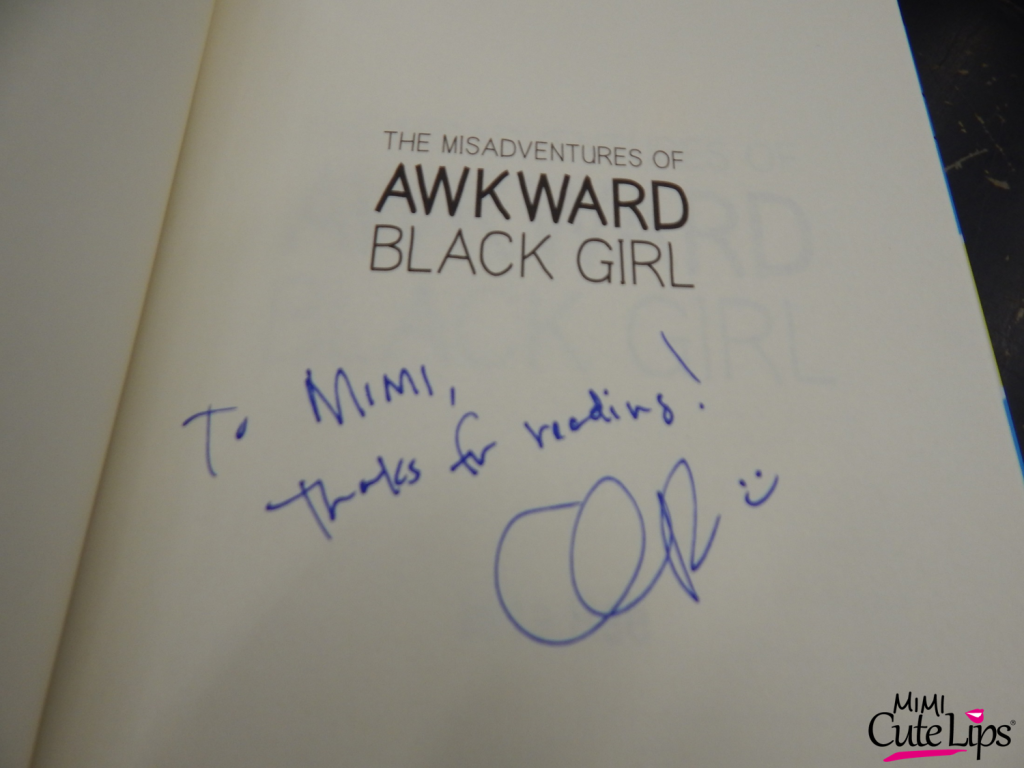 Then she signed my book. 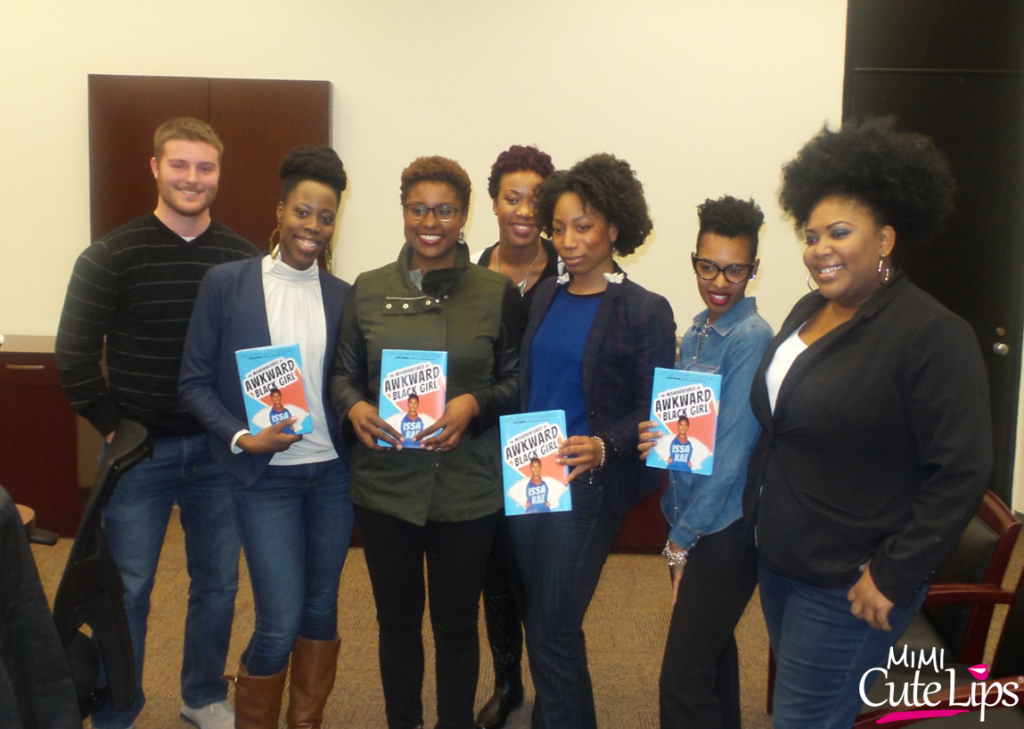 Then we took this cute group picture. 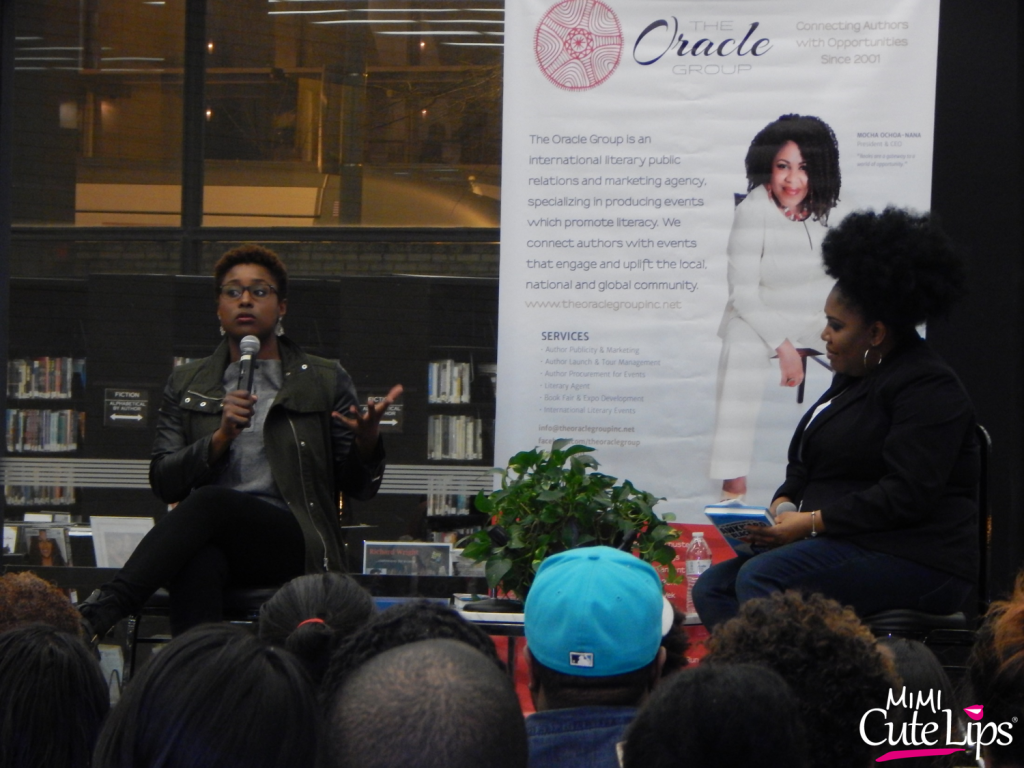 Issa read some of the first chapter, followed by an interview with Mocha and then questions from the audience. She was hilarious from start to finish. She closed out the event signing every book in the place.

Full Disclosure: I didn’t know about Issa Rae until a few days before the event. I mentioned the title of her book to my Babe and he went slam off on me. hahaha Apparently he tried to put me on Issa’s YouTube series years ago and I wasn’t interested. I don’t recall, but I’m sure he is telling the truth. So I binge-watched and laughed like crazy. I am proud to say I know all about her and this book here. OH EM GEE! It is everything I love.

Issa has more than 20 million views and hundreds of thousands of YouTube subscribers. As for Issa though, she has been on Glamour magazine’s “35 Under 35” and Forbes’s “30 Under 30” list. She has done more than most of us in less time. Let me work a little harder on my hustle. I didn’t even mention the fact that she is working on a pilot for HBO and is working with Shonda Rhimes; yes the Queen of Thursday night television. Let me get all my dreams lined up because I’m clearly tardy to this party.

Last by not least The Misadventures of Awkward Black Girl is on the New York Times best-seller list. HELL YEAH! Are you an Issa fan? Chat with me in the comment section below or here, here or here.