Do you still have The Lion King fever? ? The movie is out in theaters TODAY!  This is a movie for all ages, I’m excited to take the kids to see it. The movie is good and visually stunning. I saw it in IMAX and there is simply so better way to experience it. This week I chatted with Young Simba + Young Nala, JD McCrary and Shahadi Wright Joseph.  They are about to take over Hollywood. 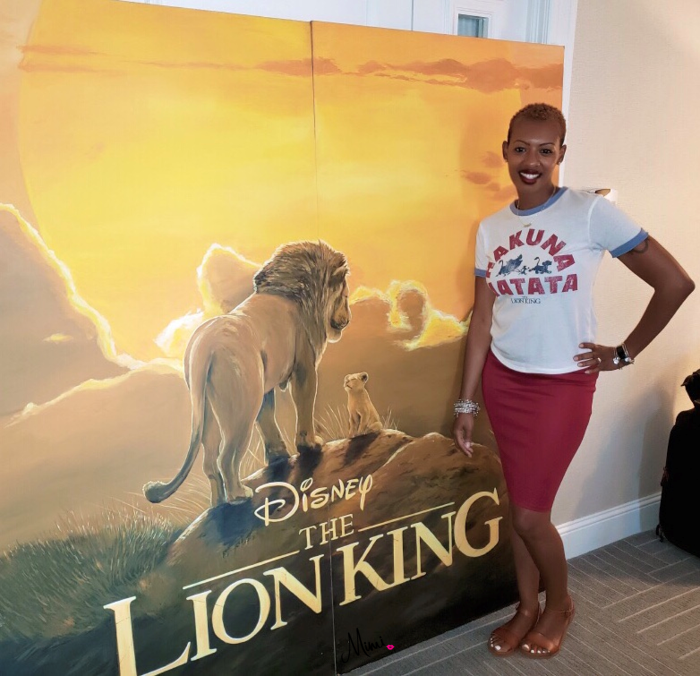 I saw JD McCrary in the movie LITTLE and he had such a fun role. That was my first time seeing him on the big screen. Shahadi starred in the movie US, now because I am a scaredy-cat I’ve not seen that movie. But, I can tell you that she was the daughter in the movie. So if you saw it then this is where you say “oh yeahhhhhhhhhhhh”,  see how that worked out. Anyway, these two are a breath of fresh air, their parents are doing everything absolutely right. They were so mature in their responses but it was also obvious that they are still kids. It was a perfect balance it was a lot of fun chatting with them. I had to edit out a lot of our laughing and joking.  They are affectionately known as Young Simba + Young Nala but they are so much more than that.

Q: What was it like stepping into an existing character? 02:04

Q: Did you feel pressured remaking the songs? 03:44

Q: How was the transition from acting to voice work? 04:33

Q: What lessons have you learned that stay with you? 05:07

Disney’s “The Lion King, directed by Jon Favreau, journeys to the African savanna where a future king is born. Simba idolizes his father, King Mufasa, and takes to heart his own royal destiny. But not everyone in the kingdom celebrates the new cub’s arrival. Scar, Mufasa’s brother—and former heir to the throne—has plans of his own. The battle for Pride Rock is ravaged with betrayal, tragedy, and drama, ultimately resulting in Simba’s exile. With help from a curious pair of newfound friends, Simba will have to figure out how to grow up and take back what is rightfully his. 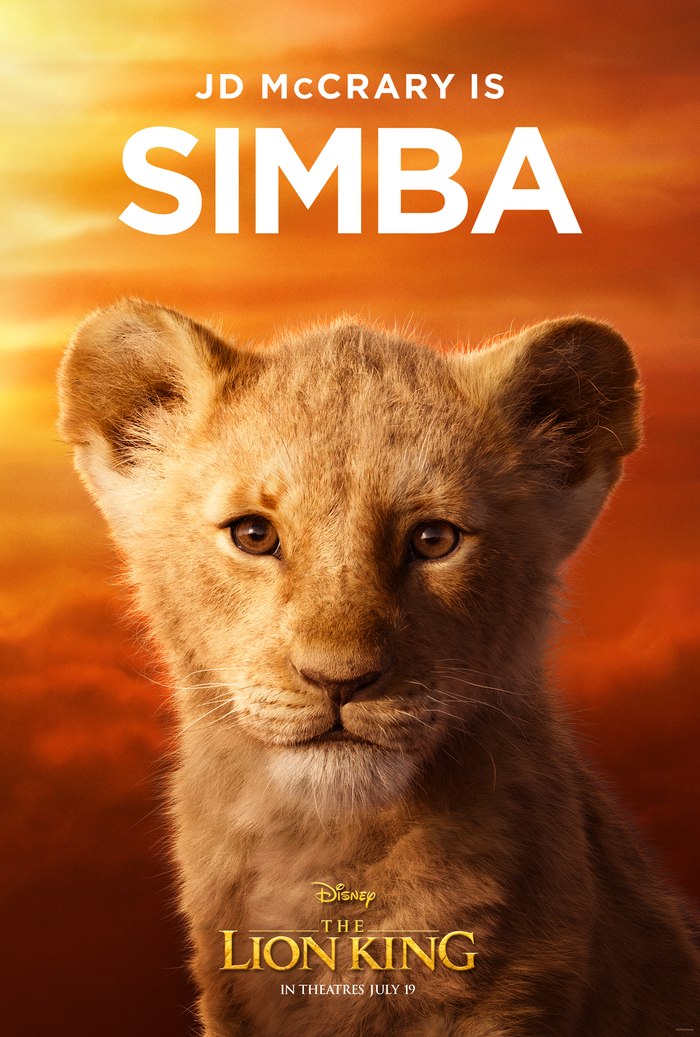 JD MCCRARY (voice of Young Simba) is the triple threat taking the world by storm. At almost 12 years old, he has already made history as the youngest male solo artist ever signed to Hollywood Records. He starred in the movie “Little,” which premiered in April 2019, alongside Marsai Martin, Issa Rae and Regina Hall. He released his first official single, “Keep in Touch,” an official video on February 1, 2019, and his first official EP, “Shine,” on April 19. One of the songs, “Stole My Heart,” was produced by hip-hop legend Jermaine Dupri and made its way onto major playlists like Spotify’s New Music Friday and Apple Music Beats of the Week.

In 2018, McCrary made his primetime debut at the 60th Annual GRAMMY Awards, where he wowed audiences around the world performing the hit song “Terrified” with Childish Gambino. Later that year, he performed a duet with legendary music icon Cyndi Lauper for WE Day Live at the Forum. Together, they sang a special rendition of “Ooh Child” that was televised live on ABC. McCrary has also been invited to sing the National Anthem for the New York Knicks, Los Angeles Clippers and the 2019 Pro Bowl, which was televised live on ESPN.

McCrary is like a breath of fresh air. He has raw talent and genuine compassion for the people in our world. He wants to use music to unite us, and many members of the industry have already drawn comparisons to a young Michael Jackson or Justin Bieber. 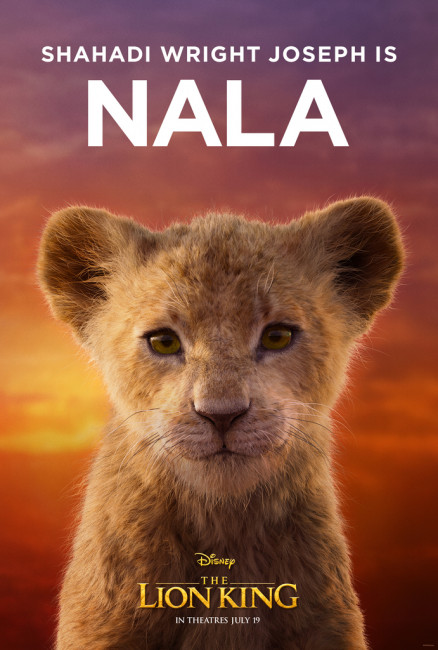 At just 14 years old, star on the rise SHAHADI WRIGHT JOSEPH (voice of Young Nala) has quickly become known in the entertainment industry for the diverse and dynamic characters she has brought to life on screen and stage, and she can be seen starring in some of the most anticipated films in theaters in 2019.

This will be the second time Wright Joseph has appeared as Nala—at just nine years old, she made history as the youngest actress to play the character in Disney’s “The Lion King” on Broadway.

Wright Joseph recently also starred in Universal Pictures’ horror/thriller film “Us” opposite Lupita Nyong’o, Elisabeth Moss and Winston Duke. Written and directed by Academy Award® winner Jordan Peele, the film follows a family who takes a seemingly harmless vacation to Santa Cruz, California, only to find themselves fending for their lives against their psychotic doppelgängers. Wright Joseph shines as Zora Wilson, the daughter to Gabe (Duke) and Adelaide (Nyong’o) and sister to Jason (Evan Alex). The film made its official premiere at the esteemed South by Southwest (SXSW) festival in March 2019, followed by a national theatrical release that broke box-office records, pulling in over $70 million during its opening weekend in North America alone.

Born and raised in New York and raised in a household of artists, Wright Joseph began her career as a FisherPrice print model and started her dance training at age two at Purelements: An Evolution in Dance, a nonprofit arts organization co-founded by her parents. In fall 2015, she joined the original Broadway cast of “School of Rock,” playing the role of Madison, with performances recognized by the AUDELCO Theatre Committee and earning her the 2016 AUDELCO Rising Star Award. Wright Joseph’s pride in being a part of a Tony Award®–nominated musical and working with legendary composer Sir Andrew Lloyd Webber grew even more when she joined the star-studded cast of NBC’s three-time Emmy® Award-winning “Hairspray Live!” (2016), performing alongside Jennifer Hudson, Harvey Fierstein, and Ariana Grande. Wright Joseph was nominated for a Young Artist Award for her work in the special.

As a vocalist, Wright Joseph released her debut holiday EP, entitled “Love for the Holidays,” in 2018, and has since released “The Remixes” album, available now on iTunes and across all major digital distributors. Wright Joseph has also lent her voice to artistic and fund-raising events for Radio Disney, The Broadway Star Project, City Harvest, the United Negro College Fund, the Young Entertainers Awards, White Plains Youth Bureau and Harlem School of the Arts.

Wright Joseph practices and promotes youth empowerment, giving back to her community as a mentor to young aspiring actors, and teaches bimonthly musical theater workshops for A Class Act New York. She uses her platform to encourage young girls considering a career in entertainment to believe in their dreams, sharpen their skills and boldly let their talents shine. She is honored to share her journey and dreams in hopes of inspiring little girls like her to take chances and embrace their greatness. 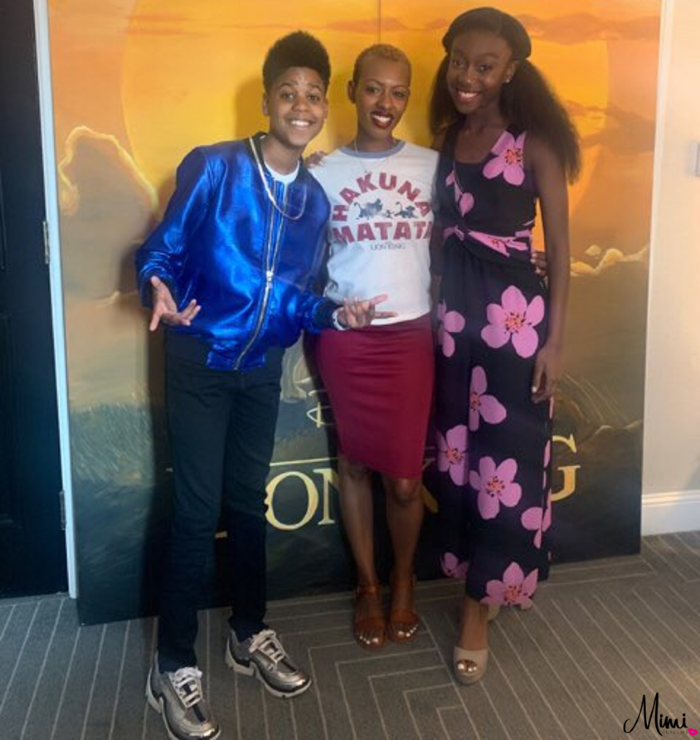 Scoop up the family and go see The Lion King!

Young Simba Young Nala are probably character favorites with the littles, but who is your favorite character? Chat with me in the comments below or FB, IG, and Twitter. 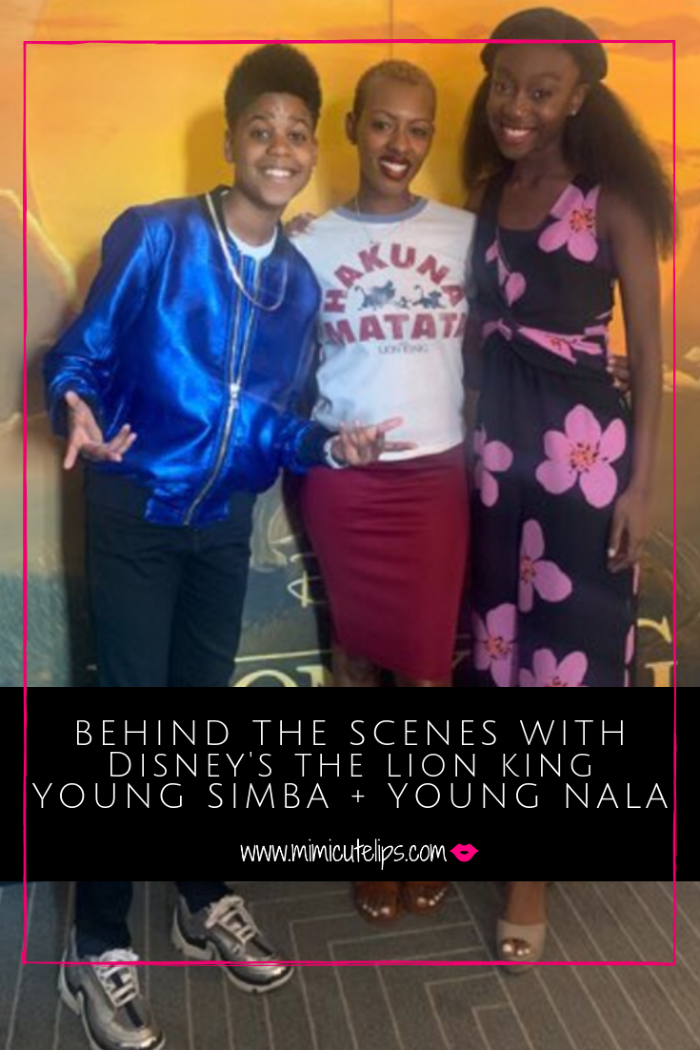