I’ve been holding on to this secret since the last week of August. On Monday I began to share the news via social media.  Now, I get to give you all the details and behind the scenes. MimiCuteLips was on The Chew, that is right, I was on a Daytime Emmy Award-winning show. I had the honor or bringing my sister and cousins along with me for the journey. 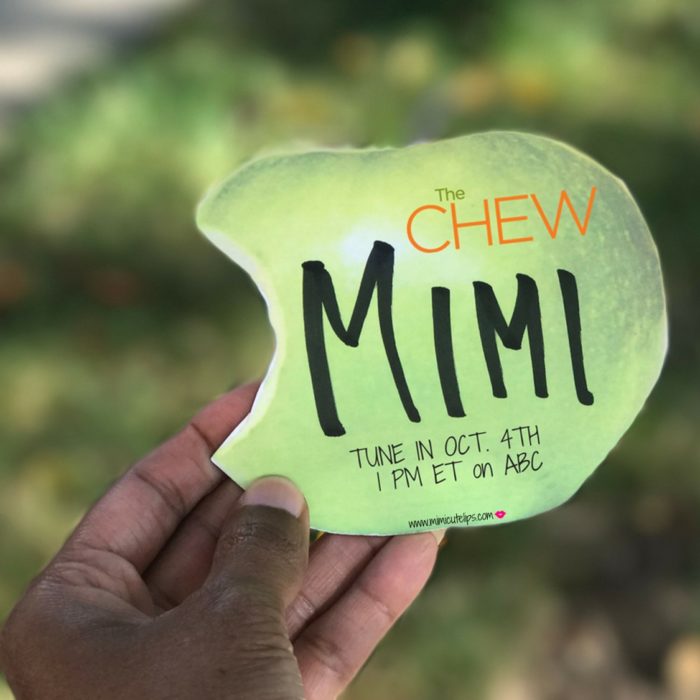 Oh yeah! This totally happened. I am officially in syndication.

Our Chew Dinner with Friends: We are in the entire episode 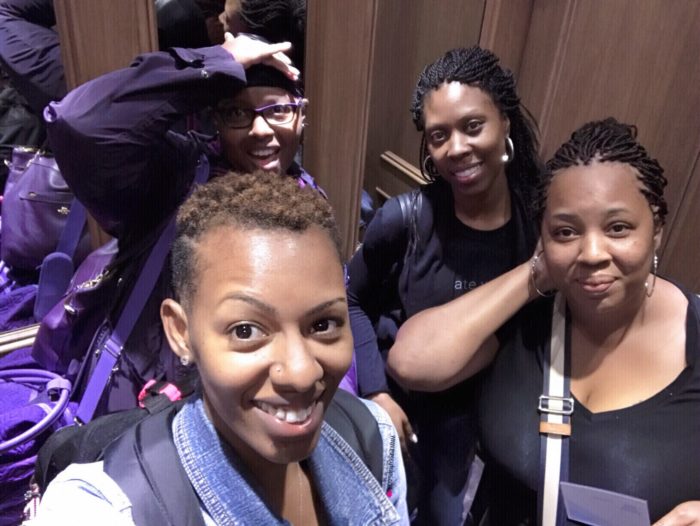 Hilarious road trip with 1 AM hotel check in. Yup!

I do nothing for social media, I am who I am. When my family and I get together we always have an amazing time. We’ve been this way since we were kids so we naturally have fun doing absolutely nothing. We make friends wherever we go and we are funny and contagious and you can’t help but be entertained. This is how we ended up on The Chew. 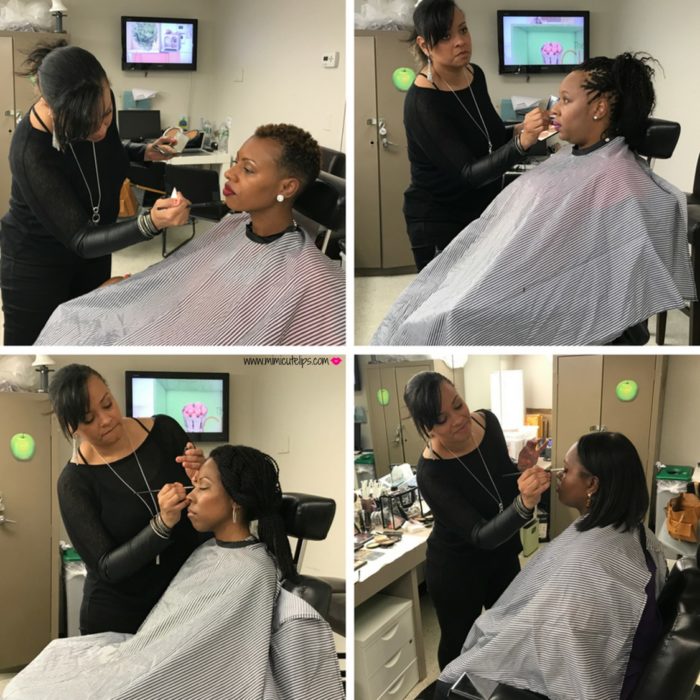 Oh, they made the magic happen.

We arrived with a mild beat and this dope makeup artist took our beat to the next level. Talk about feeling special, oh we felt pampered. 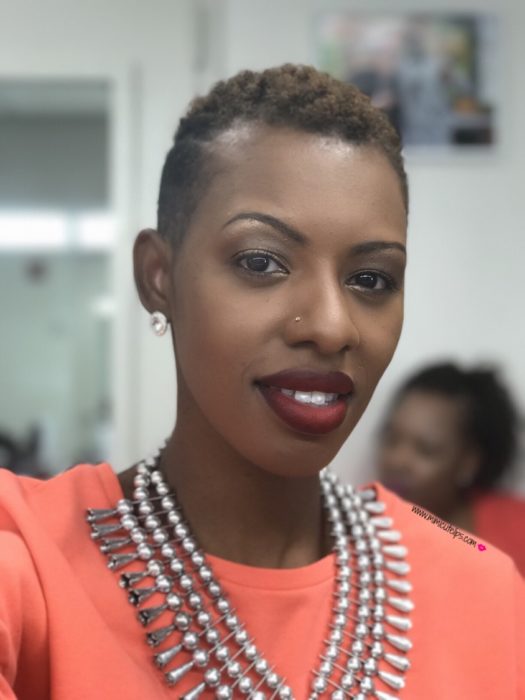 Get into this beat. 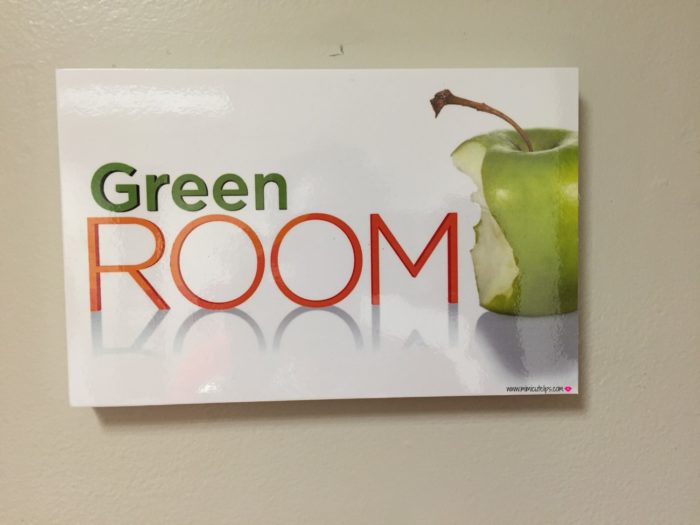 Keeping it cool until it is show time.

This was our main hangout, you arrive early and you sit and wait. In our case, we ate snacks then acquired new snacks (Thanks Chew Crew) and laughed and joked even more. 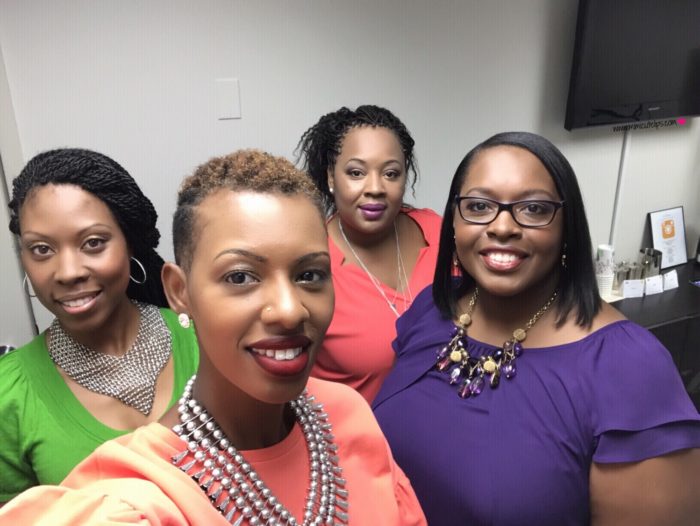 We all cute and beat and ready to go.

We need one more selfie before we went down to get mic’d up. The everyone we came in contact with was such a good freaking time. We left lasting impressions for sure. 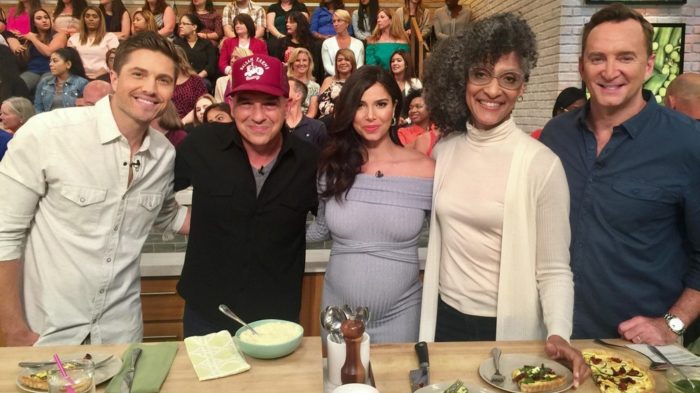 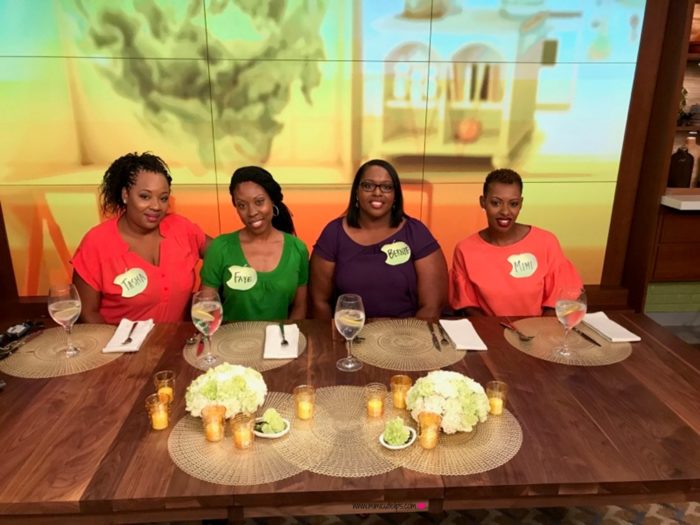 Our seats were better than front row. This was a total shocker, we had no idea we would sit on the set the entire time.  When you see our reaction, it was genuine. They incorporated us into the entire segment beginning to the end. Usually you are only on for one segment, nope.  We broke the mold and set the standard. 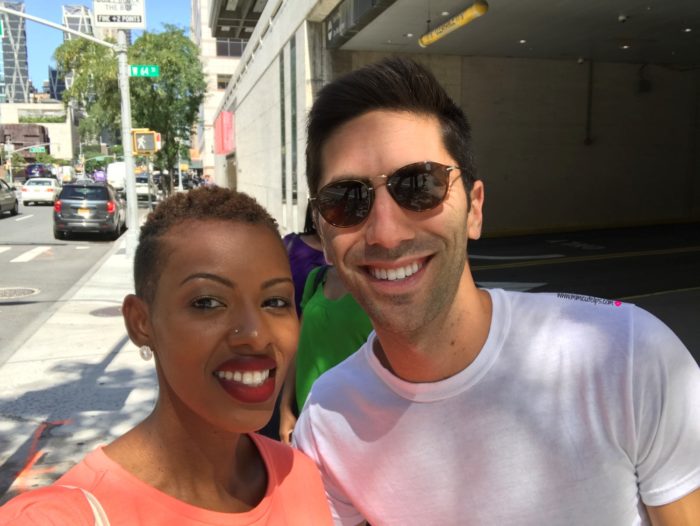 After filming our episode of The Chew we strolled back to our hotel and we ran into Nev Schulman, the Co-Host of the MTV hit show Catfish. I called his name and he said “How did you recognize me?” ummm duh I know what you look like. He was so dope and so chill we walked and chatted for about seven blocks.

Oh all of the things we ate this was my absolute favorite so I had to share the recipe. You can get the others on TheChew.com

Directions:
Preheat the oven to 375ºF.

For the Crisp:
In a medium bowl add the flour, sugar, light brown sugar, salt, old fashioned oats, and candied ginger and toss to combine. Add the cubed butter and work the butter into the flour mixture using your hands, pastry cutter or fork, until pea-sized crumbles form. Keep refrigerated until ready to sprinkle over the apples.

For the Filling:
Grease an 8-inch baking dish with 1 tablespoon of butter.  In a large bowl add the apples, cinnamon, sugar, light brown sugar, lemon juice and flour. Toss until evenly coated and remove to the baking dish.

To Assemble:
Sprinkle the crisp topping over the apples, cover the dish with foil and place in the oven. Bake for 30 minutes, remove the foil and bake an additional 10 minutes until the topping is golden brown and the apples are bubbling and cooked through. Remove from the oven, allow to cool slightly and serve with cinnamon ice cream.

Tip: If the topping gets too brown while cooking, shield with foil and continue baking until cooked through. 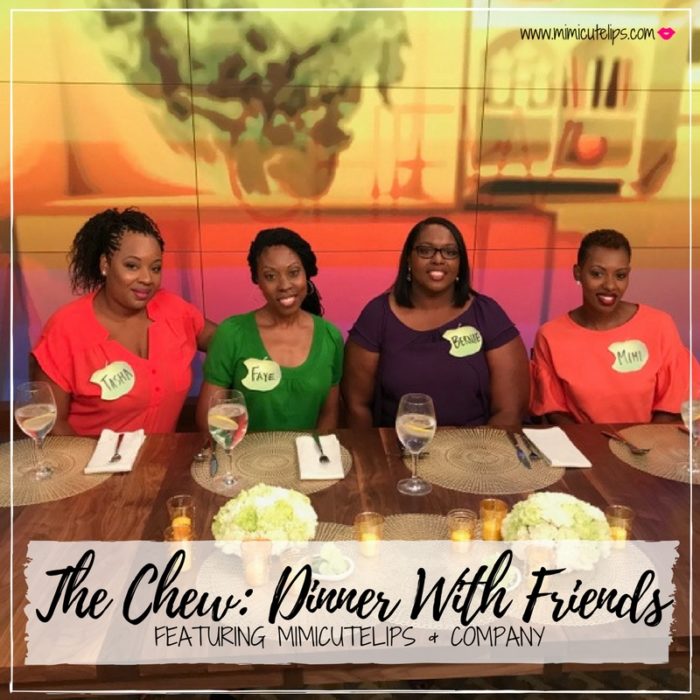