I had the most epic Friday night of 2017. Listen Linda sometimes you experience bucket list worthy things in life. This was not on my bucket list but it should have been. Matter of fact I’ve added it to my list and checked it off. I shared the same space as The Black Mother of Hollywood, Jenifer Lewis. Dare I say an icon in Hollywood, especially black Hollywood. She is also a viral video sensation. #InTheseStreets

This woman is iconic for sure she has been in movies/shows such as What’s Love Got to Do with It , Corinna, Corinna, Blackish, A Different World, Cars 3 (voice of Flo), Think Like a Man Too, Baggage Claim, Meet the Browns, The Princess and the Frog (Mama Odie voice), Girlfriends, Madea’s Family Reunion, Strong Medicine, The Fresh Prince of Bel-Air and about 500 other shows and movies.

My favorites are: A Different World and The Princess and the Frog 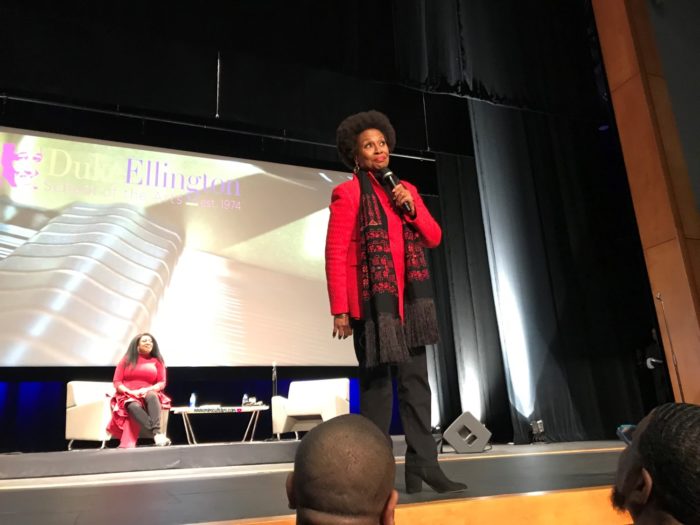 Jenifer Lewis released a book titled The Black Mother of Hollywood and she is going city to city on a book tour. Note: If she comes to a city near you YOU DON’T WANT TO MISS IT! Don’t say I didn’t warn you okay. She chatted with us at the Duke Ellington Performance Arts School. She is a theater gal so this was perfect. Earlier in the day she sat down with the students and inspired them. What a treat.

From her more than three hundred appearances for film and television, stage, and cabaret, performing comedy or drama, as an unforgettable lead or a scene-stealing supporting character, Jenifer Lewis has established herself as one of the most respected, admired, talented, and versatile entertainers working today.

This “Mega Diva” and co-star of the hit sitcom black-ish bares her soul in this touching and poignant—and at times side-splittingly hilarious—memoir of a Midwestern girl with a dream, whose journey took her from poverty to the big screen, and along the way earned her many accolades.

With candor and warmth, Jenifer Lewis reveals the heart of a woman who lives life to the fullest. This multitalented “force of nature” landed her first Broadway role within eleven days of her graduation from college and later earned the title “Reigning Queen of High-Camp Cabaret.”

In the audaciously honest voice that her fans adore, Jenifer describes her transition to Hollywood, with guest roles on hits like The Fresh Prince of Bel-Air and Friends. Her movie Jackie’s Back! became a cult favorite, and as the “Mama” to characters portrayed by Whitney Houston, Tupac Shakur, Taraji P. Henson, and many more, Jenifer cemented her status as the “Mother of Black Hollywood.”

When an undiagnosed mental illness stymies Jenifer’s career, culminating in a breakdown while filming The Temptations, her quest for wholeness becomes a harrowing and inspiring tale, including revelations of bipolar disorder and sex addiction.

Funny doesn’t quite describe Jenifer Lewis. We laughed from the minute she hit the stage until she left. This woman is one of the funniest people I’ve ever met. The footage proves it. Peep the 25:28 minute mark. Jenifer was talking directly to me, she joked me, complimented me, chatted with me then told me to post this. We are officially friends. 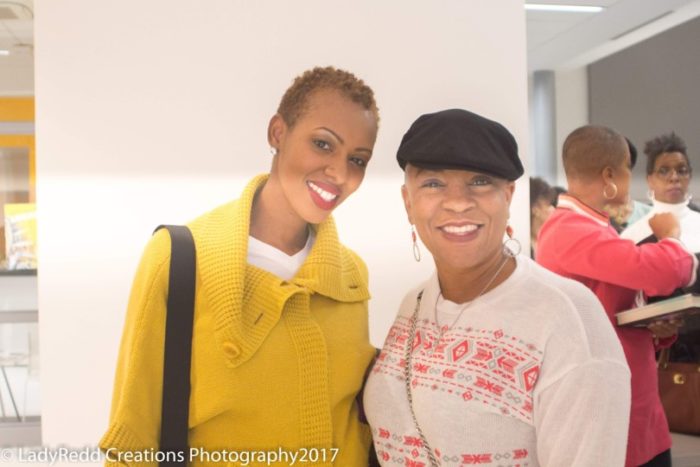 I always see a familiar face when I’m out and this night it was Tanya Barnett.  She was out here in these media streets with me.  Shout out to Tiffany of LadyRedd Creations Photography she rounded out our trio for the night. 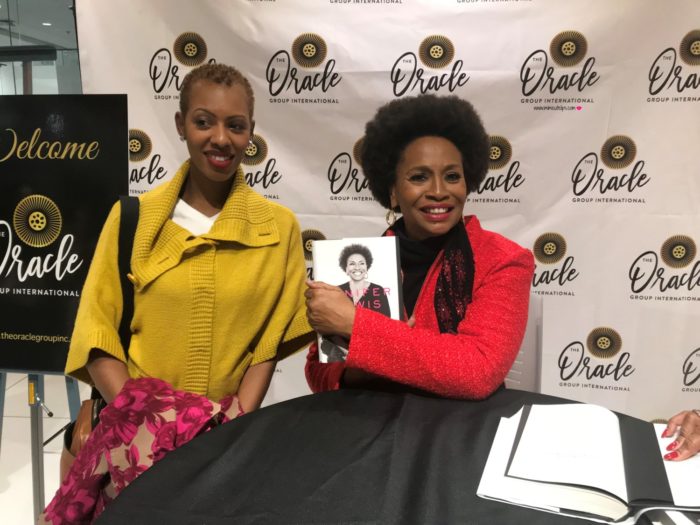 After an amazing night of laughter, Jenifer Lewis signed copies of her book and took pictures. This one is legendary for sure. The audio version of her book is the absolute best, she is doing the reading. 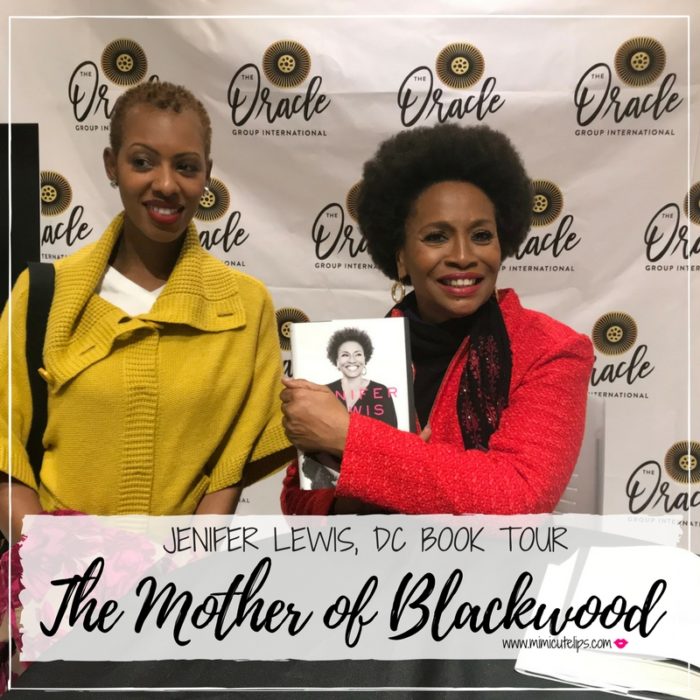 What is your favorite Jenifer Lewis movie or show? Chat with me in the comments below or FB, IG, and Twitter.