Friday I stepped foot on the campus of the illustrious Howard University aka A Different World. I made my way to the Ira Aldridge Theater which was packed out! The kids had just wrapped up an amazing debate between Howard Vs. Harvard. The kids were screaming like it was a football game, their energy was electric.  After the debate, Taraji took the stage.

Taraji is doing a press tour for her new movie The Best of Enemies, is in theaters April 5th. 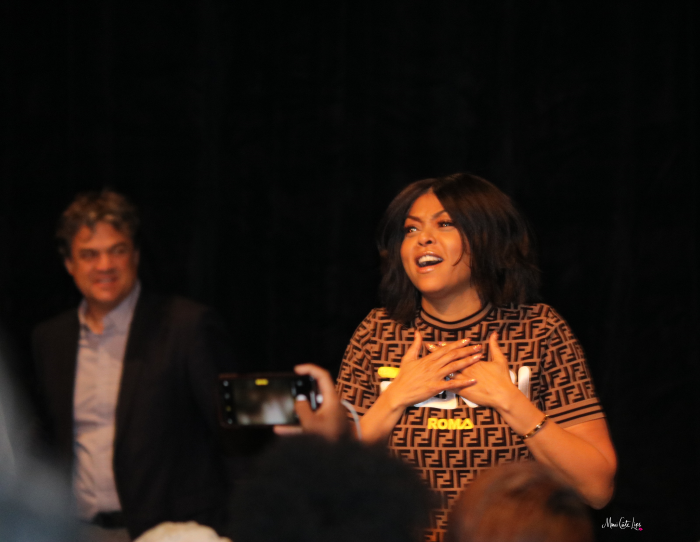 Taraji took to the stage to a classic HU call and response. She said: H-U and They said: YOU KNOW in the most thunderous response possible. It was dope that I caught her genuine response. Clearly, her heart is full and touched. 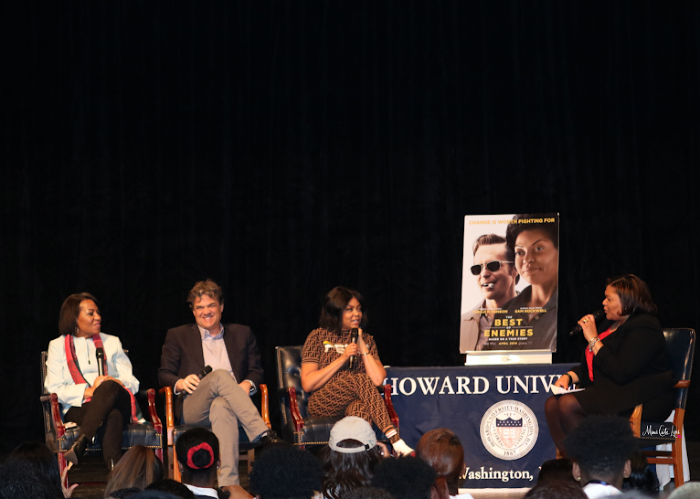 Taraji took the stage with Producer, Dominique Telson, and Director, Robin Bissell.  This movie is inspired by True Events Chronicled in the Book by Osha Gray Davidson.  The Best Of Enemies is a timely, inspiring drama starring Academy Award® nominee Taraji P. Henson (Hidden Figures) and Academy Award® winner Sam Rockwell (Three Billboards Outside Ebbing, Missouri). Based on a true story, THE BEST OF ENEMIES centers on the extraordinary relationship between Ann Atwater (Henson), a fearless and outspoken civil rights activist who faced off against C.P. Ellis (Rockwell), a local Ku Klux Klan leader, to blaze the way for school desegregation in Durham, North Carolina, in 1971.  Atwater and Ellis come together to co-chair a community summit on the desegregation of schools in Durham, N.C. The ensuing debate and battle soon lead to surprising revelations that change both of their lives forever.

She talked a little about the movie but most of the discussion was keeping it real with the kids and inspiring them to be their best self.  She encouraged them to create a seat at the table, acting is a very rewarding job but it doesn’t allow you to call the shots. They also don’t make the most money. She encouraged them to think bigger, take on the behind the scene jobs in the industry. The producer, the writer, the Director, etc.

Taraji shared that she received this script when she had just done the pilot for Empire. She wanted to do the film, but Empire took off so fast and hard she didn’t have time to do it. Fun Fact: She only gets 2.5 months off [vacation] from filming the show. She was so dedicated that she filmed this movie when she should have been vacating. She always had the script in the back of her mind, then the elections happened. Then America lost their damn minds, so suddenly this movie that was set in the ’70s started to feel oddly familiar to the things taking place in the present. That is when she knew she needed to make it happen. 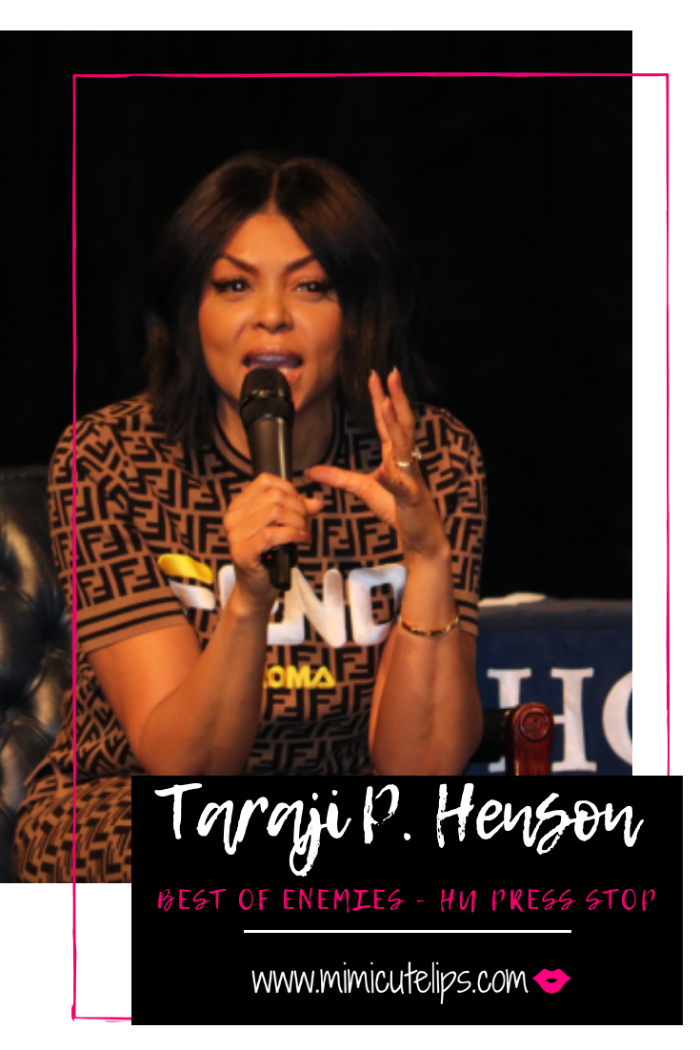 Are you into period movies? Chat with me in the comments below or FB, IG, and Twitter.