On Thursday I hit the streets to celebrate the Comcast launch event of two majority black-owned networks. Oh yes, thangs are changing I introduce to you AFRO and CLEO TV on the Comcast Xfinity platform. This dope super black event took place at the Newseum in Washington, DC. The who’s who of the two networks were in attendance and I, MimiCuteLips had her face all up in the place. 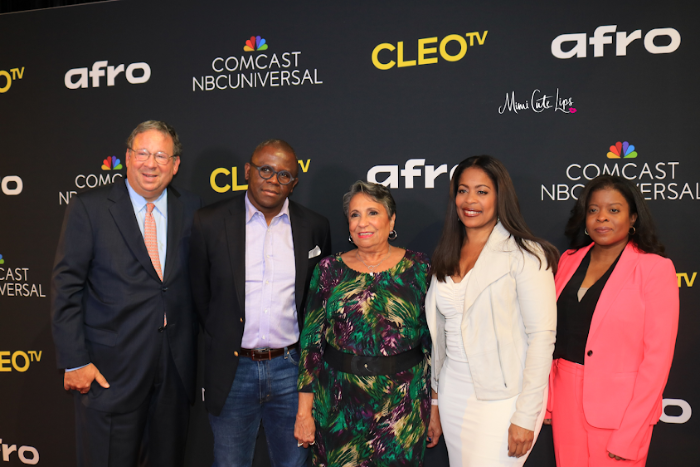 About Afrotainment: Afrotainment, a Florida-based company edits, operates and distributes eight networks from its state-of-the-art film and television studios in Orlando and Queens, New York. Afrotainment channels are available in the US and Canada via cable, satellite, fiber-optic and OTT platforms.  AFRO is a 24-hour polycultural black network mainly broadcasting top-rated Nollywood and black movies, dramas, sitcoms, music, talk, and late-night comedy shows for the African, Caribbean, along with the Afro-Latino and Hispano audiences.

About CLEO TV: Launching in January 2019, CLEO TV is a lifestyle and entertainment network targeting Millennial and Gen X women of color.  Derived from the name Cleopatra, one of the most powerful, trendsetting, rule-breaking and iconic women in history, CLEO TV will offer quality.

Did you peep that Gen X black women part? Once Millennial’s came on the scene the world ignored everyone else. It was all Millenial’s all the time, the problem with that is they aren’t the target market for everything. They aren’t the ones that have fully experienced life, they don’t have solid careers, they don’t have 401ks, and they haven’t hit the stability that Gen X’ers have. I’m just saying! There is a world of people out there that people have forgotten about. It is nice to see AFRO and CLEO TV being more inclusive, we appreciate you for that. 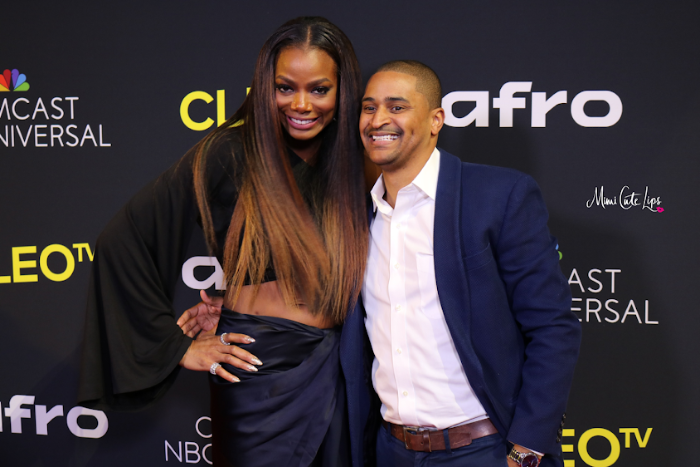 Lens of Culture is a short-form series hosted by world-travelers and influencers Tai Beauchamp and Elton Anderson is a food, culture and travel guide for black millennial’s.  The series will premiere in Summer 2019.  Just Eats With Chef JJ is set in a hip, trendy Harlem loft, JJ cooks, entertains and invites his celebrity friends over for a meal with a little cocktail, conversation, and entertainment every now and then. 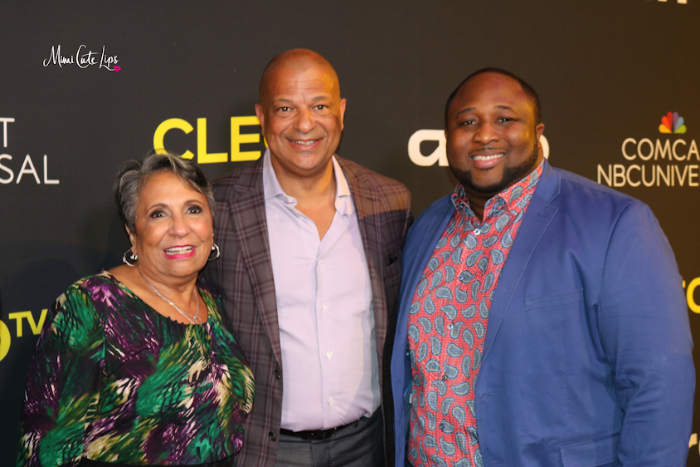 New Soul Kitchen features Culinary superstars Chef Jernard Wells and vegan guru Porsche Thomas mix it up in the kitchen. It brings viewers exiting, fresh recipes, along with tips for eating better. Chef Jernard is known for his down-home fare with a healthy twist, while Porsche is one of today’s most sought-after vegan cooks. Together they serve up healthy alternatives to Southern-inspired dishes. 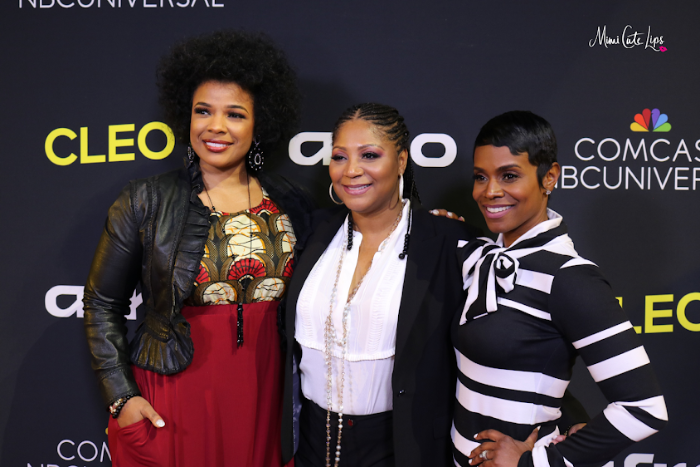 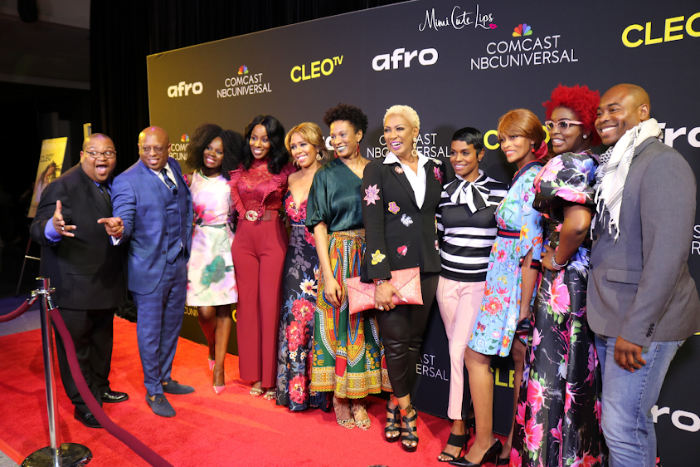 The gang is almost all here, let me tell you who is who and what they are doing. 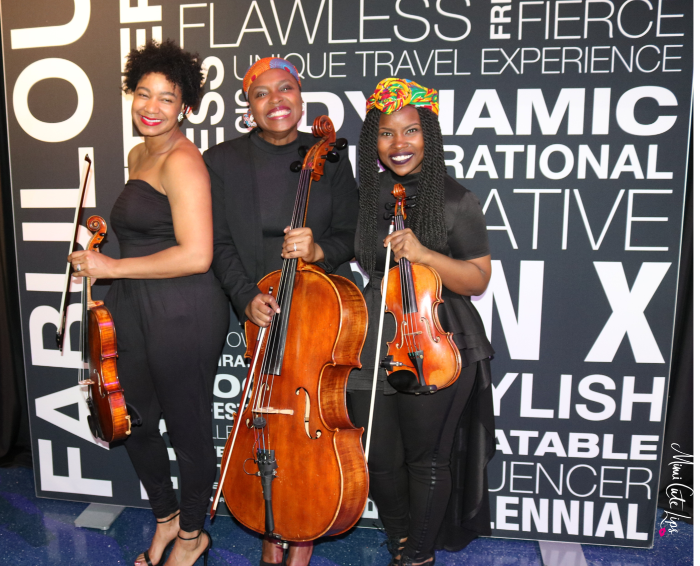 We enjoyed a live performance by The String Queens, these ladies are hella dope.   Praised for its “authentic, soulful, and orchestral sound”,  The String Queens is a dynamic trio that creates stimulating musical experiences that inspire diverse audiences to love, hope, feel, and imagine! With an array of repertoire spanning from the Baroque era to the Jazz Age to today’s Billboard Hot 100 Chart, The String Queens perform versatile programs that transport audiences through time and a multitude of musical genres. 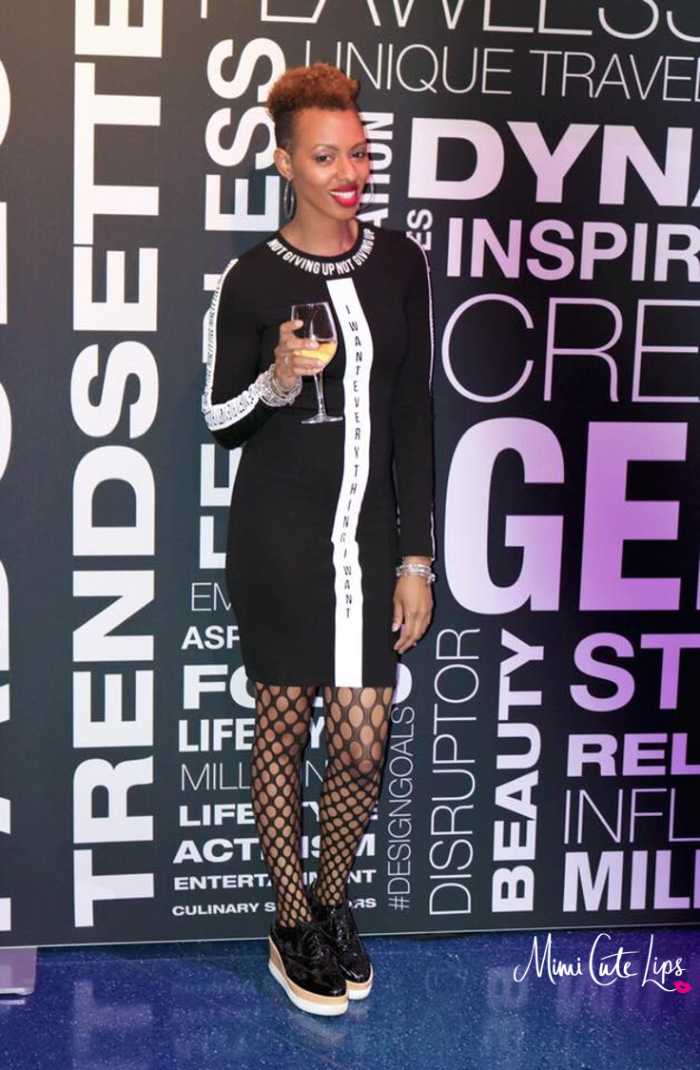 Fun Fact: The food was so bomb and super black and I tried to eat everything. The mini beef patties were a hit and went well with the Jerk Chicken. I’ve been to a lot of events, and the food selections don’t even come close to this. My dress was unforgiving but that didn’t stop me from eating all of the things. Then I washed it all down with wine from the open bar.

I am excited about both of these networks and as a Comcast/Xfinity customer, I am proud that they understand the importance of diversity. They get that we need networks for us and created by us. SUPPORT THESE NETWORKS! We get more by supporting those that already exist. We need to show them with our ratings. 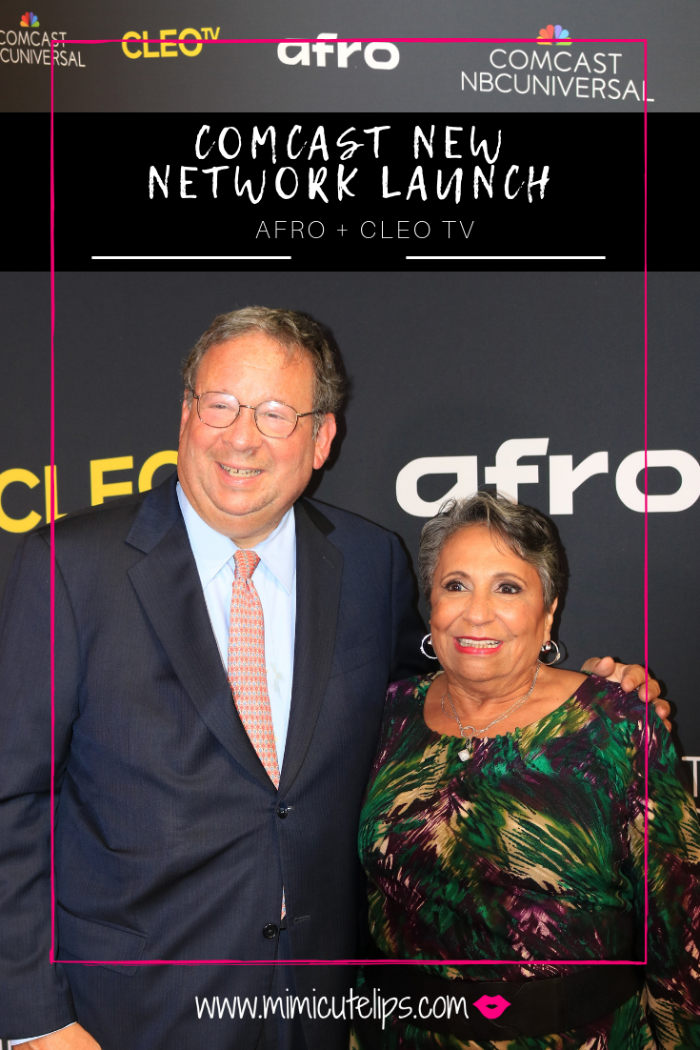