I had the most incredible Friday night E-V-E-R a few weeks ago! Legit, there are not enough words to express all of the feels. Because we are internet cousins I’m going to share it all with you. When I say “what is for you is for you” you have to understand that the Universe is constantly at work. We get what we need when we don’t even know we need it. You think you are being a blessing to someone only to find out they are a blessing to you. Listen Linda!

Friday night I drove 1 hr and 30 minutes to Charles Town West Virginia. I was going to witness soulful singer and songwriter Anthony Hamilton. He was making a wish come true for a Super Fan named Sobreta. They rolled out the red carpet for her and her family with VIP Access. What does that mean exactly? It meant after the show they had a One-on-One meet and greet with Anthony Hamilton. Are you geeking yet? Hold on, it gets better. Not only did they meet, chat and take pictures with Anthony. They also met the incredibly talented HamilTones, for those in the cheap seats please know that I am judging you if you do not know who they are. They are Anthony’s background singers, but they totally hold their own. 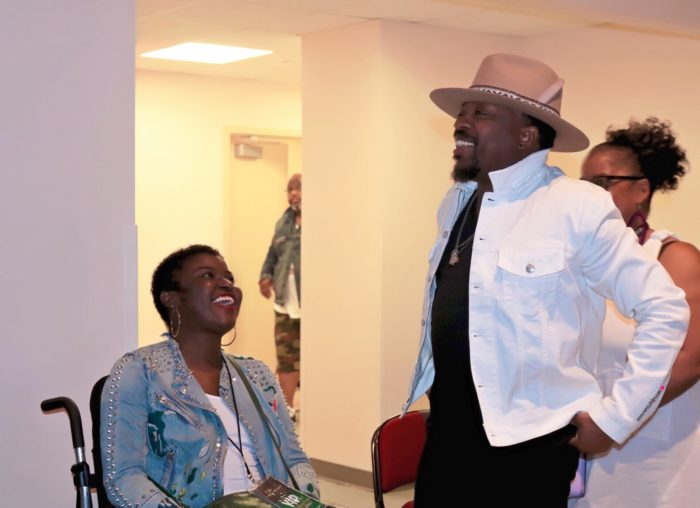 Sobreta chatting it up with Anthony Hamilton

It is important to share Sobreta’s story with you for a few reasons.

Tiara (Sobreta’s best friend) submitted for Anthony’s team to make this happen for her BFF. This is why it is so important to have a bestie that will ride for you. Here is a snippet of her submission:

…I have has a great Sister friend that is dying from a rare skin Cancer.  Her name is Sobreta and she is 38 years old. The doctors gave her 3 days to 3 months to live, but God has the final say. Sobreta absolutely Loves her some Anthony Hamilton,  his fashion style and ALL of his body of work.

Tiara wanted to know if Anthony Hamilton would make time in his busy schedule to see Sobreta.  It would take a lot of coordination and preparation by his team.

She is in great spirits and is truly thankful just to see 2018. She’s now on at home Hospice. They have brought a bed to her home so she can be comfortable for her remaining days.

Tiara said that Sobreta would truly love meeting Anthony and that if he could find it in his heart to make a pit stop to say hi or to connect via Facetime that it would be the best EVER for Sobreta!!!!!!

She thanked the team in advance for anything they could make happen. 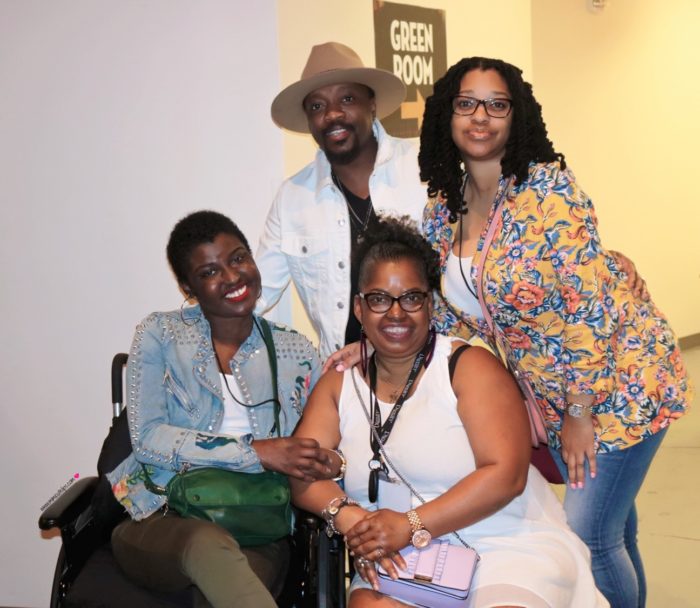 Sobreta had her family with her to soak up this epic night. Bottom Row: Sobreta and her Mom, she is her primary caregiver. Back Row: Anthony Hamilton and Sobreta’s sister.

A little more about what makes Sobreta an amazing person…

Prior to being diagnosed with cancer Sobreta was a ballerina.  Tiara and a friend were able to take Sobreta on a trip to the down south to see her family, she absolutely loves family.  However, in the last 6+ months, her health has gone downhill.  For weeks she had swelling in her left leg and foot. After about 3 months at Washington Hospital Center in Washington DC, she was given an extreme dose of chemo and seemed to be on the road to recovery.  She got sick less than two weeks later. When Tiara visited her at the hospital her whole body was swollen.  Sobreta just wanted to get home for Christmas.  Once home the Dr.’s informed Sobreta and family that there’s nothing else the Dr’s could do for her but make sure she’s comfortable.

Mycosis fungoides typically happens to men 50+. Clearly Sobreta does not fit that demographic, as a result, she did a lot of research on her own. She said changing to an Alkaline diet has helped. 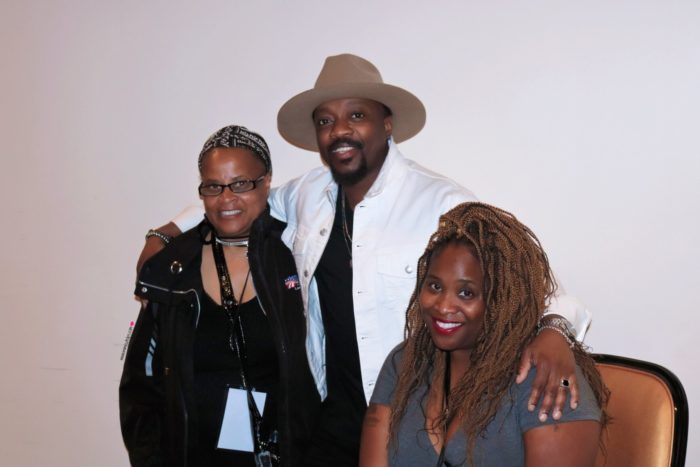 This is Sobreta’s best friend Tiara (sitting in the chair). She was so excited to see her best friend have this moment and to celebrate it with her.  She even brought her Mom along. You already know how I feel about having a dope tribe to rally around you for the good and the bad. We are not meant to do life alone. 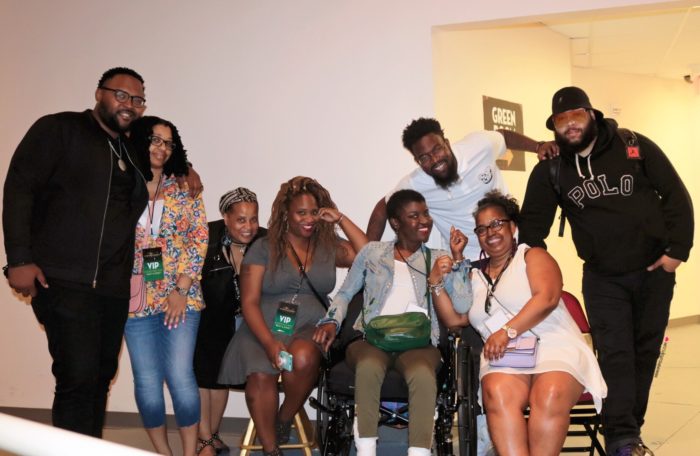 “It ain’t no fun if the homies can’t have none” so the Hamiltones got in on the action. They chatted it up with Sobreta and her family as well. Fun Fact: The HamilTones have a new single called Money Can’t Buy You Love. Show them some love.

Q: What would you want those who aim to encourage a loved one to know most?

A: That they are loved, make sure they are comfortable, and most importantly treat them as you normally do. A pity party is the worse!

Q: What uplifting action would Sobreta want people who become aware of her story to take away?

A: To live well, donate to a cure, support/love their family; live your best life because tomorrow is never promised. Embrace your loved ones make sure they know you love them. 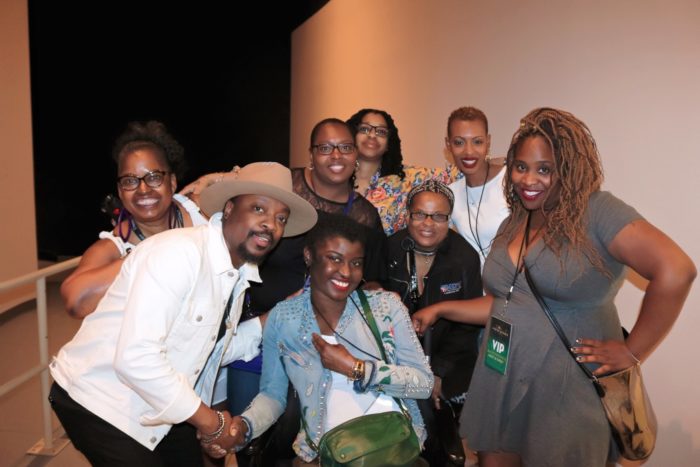 It was like a family reunion backstage. There is something about the human connection that you just can’t deny. Several groups of people came together and chatted as if they had all known one another forever. That is the Black Girl Magic and Black Boy Joy in action.

Happy Birthday to Sobreta, she turned 39 on May 17th 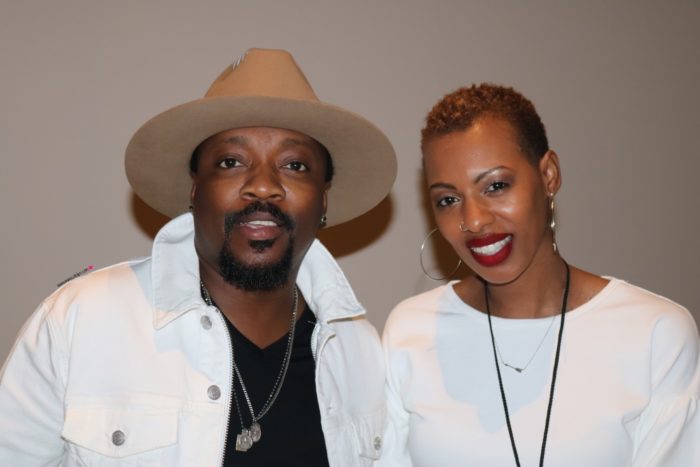 Funny Moment: I was commenting on his height and he told me he does not want to be tall because he likes to prove himself. Well alright! If you don’t have confidence about yourself, than you don’t have anything.

Anthony and I did a dope interview, it was so laid back, so chill and he was so honest and open. I’m devastated at the loss of that footage, but I’m going to build a bridge and get over it. This story is much bigger than that… What he did share with me was the importance of family and loving on them as much as possible. I asked him why it was important to give back and he told me because he knows what is like to not have. Did you get that? I asked him why he enjoys interacting with his fans and he mentioned the importance of human connection. This interview was so incredible because it was so basic. Not basic in a bad way, but in a very simple and honest. This is not for show in any manner, this is who he is as a person. All of those things were evident in the entire evening. Those southern roots, help a bit too.  You already know that I love people who give back but Anthony’s heart is so big and genuine. 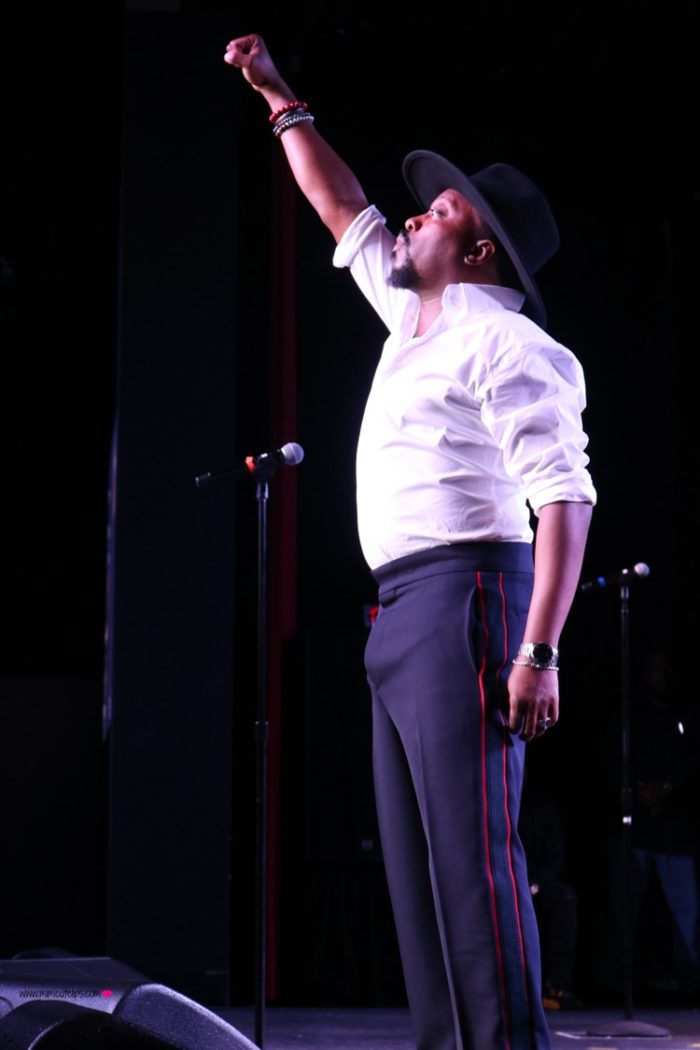 I was honored to be a part of such an incredible night for Sobreta and her family. You guys know my cousin is battling stage 4 cancer and she and Sobreta are the same age. Meeting her, hugging her, chatting wit her, seeing her spunky personality filled my cup all the way up. Here I thought I was coming to be a blessing to her, but she blessed me beyond measure. We found out we don’t live far from one another. I hope to stay in touch with her and her family.

Big thanks to Anthony Hamilton and his phenomenal team for having me. I better understand why it is so important to have good people in your tribe. I love meeting new people who feel like old friends. We need more of that good energy in the Universe.

Update: 7/13/18 Sobreta departed this earthly life, prayers of peace and comfort to her family. 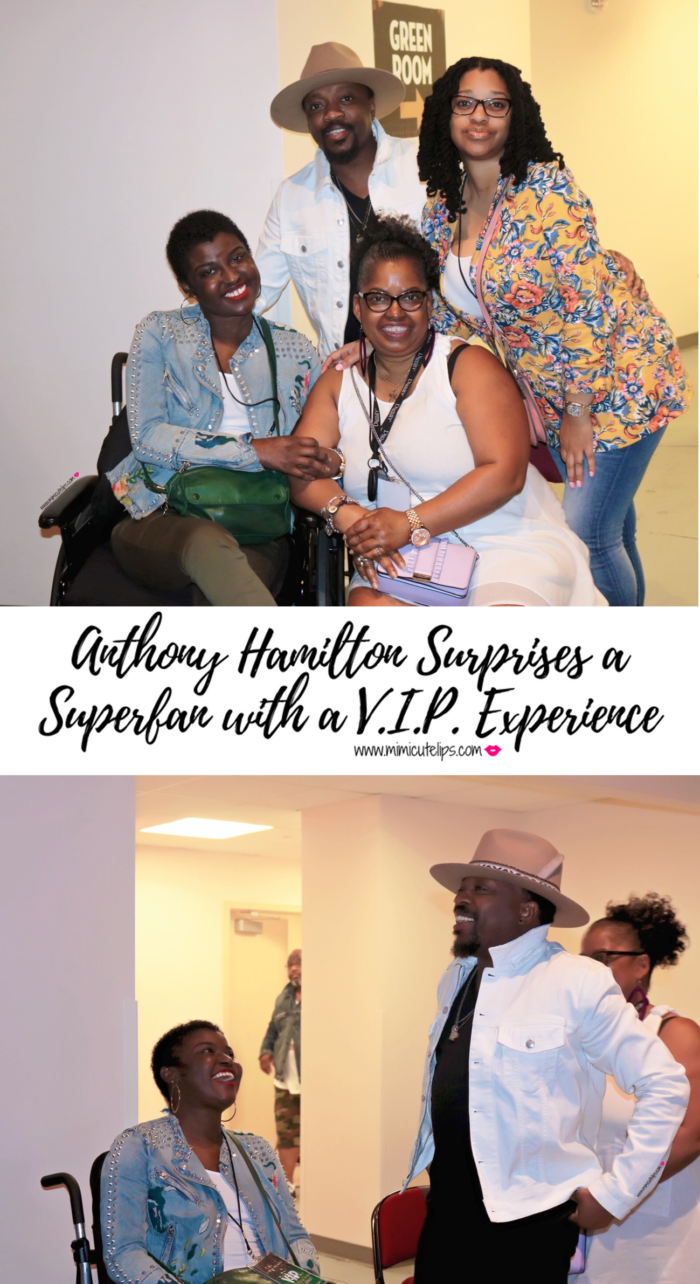