I had another uber busy weekend, while it was a great I’m exhausted, I’m looking forward to hibernating a bit in the winter. Our temps went from three days of a sunny 80 to a windy 65. On Saturday I headed downtown to the National Museum of Natural History and I had to fight the throngs of people and the wind that was forcing me to walk in the opposite direction. Skinny girl problems, I know. Did I mention that I drove around for a full twenty minutes looking for parking? If you’ve never been here, welcome to DC. Where our parking sucks and when you do find a spot we will charge you two arms, two legs, one lung and half a fingernail. Seriously.

I found a spot, gave my first born and rushed to the museum. I cut the line a bit because I was in a hurry. Luckily the short line was for the event so I wasn’t a jerk or anything. I found my way to the Baird Auditorium. I located the media section which took me to the front row and I was able to locate my name on the seat. MY NAME WAS ON THE SEAT! That will never get old, I swear. 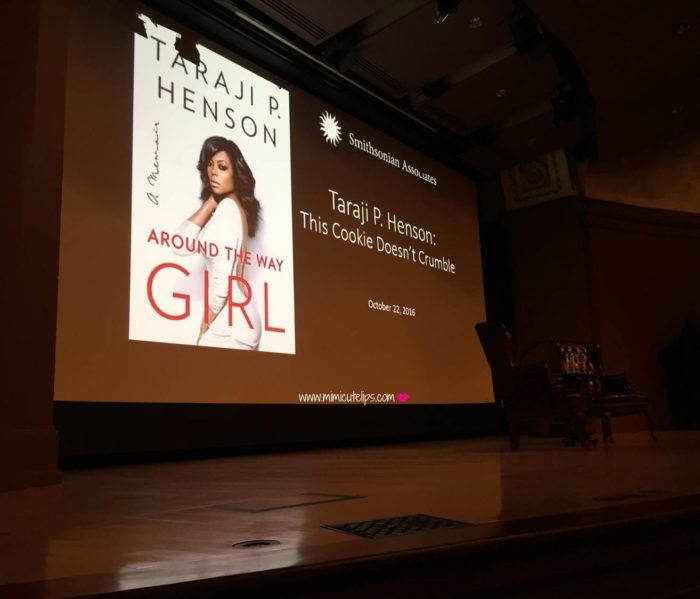 The Smithsonian Associates put on this event; this is the second event of theirs that I attended. The first event was with the amazing cast of Scandal. This event was to discuss Taraji’s new book, Around the Way Girl. She discusses her journey from Washington, D.C. to Hollywood. She shares stories about her family, including her father, a sometimes-embattled Vietnam vet, and her mother, who survived violence both in the home and on D.C.’s tough streets. She opens up about her experiences as a single mother, a journey some saw as a burden but which she saw as a gift. 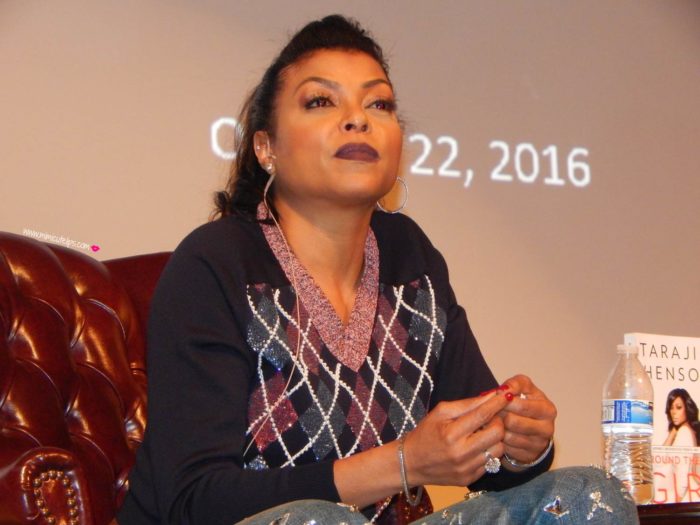 Taraji P. Henson has been in the industry for many years now. She won our hearts over in 2001 in a comedy drama film titled Baby Boy. She portrayed Yvette, alongside with now actor/singer Tyrese Gibson.   If you live under and rock and have never heard of the show Empire, Taraji plays Cookie Lyon. Cookie is unapologetically the HBIC on that show. Taraji is a D.C. native and it is always nice to see someone from the area make it big. In addition to her breakout role on Empire, she has earned an Academy Award nomination for Best Supporting Actress in The Curious Case of Benjamin Button. She is also a 2011 Emmy nominee for Best Actress in a Movie or Miniseries for Lifetime’s Taken From Me. 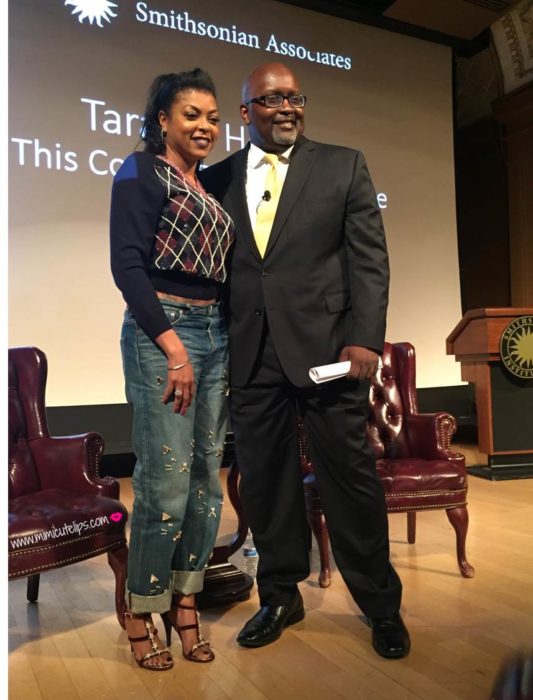 Eric did a great job asking the questions we would have asked. He touched on the topics that we wanted to hear about. The discussion was very relaxed, in true Taraji fashion she really is an Around the way Girl. Despite all of the fame in that moment she was a DC girl, she even humored us with some DC vernacular. Above all else she was raw and honest; I love people who aren’t afraid to share their truth. We are who we are based on our life experiences, good or bad own it. 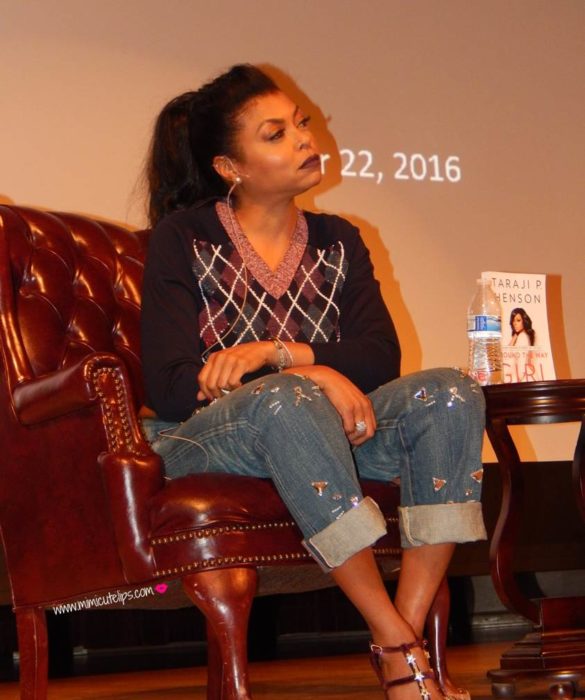 Taraji has a big movie coming out this Christmas and I can’t freaking wait to see it. Hidden Figures is the name and Taraji is portraying Katherine Johnson.  She is an African American physicist, space scientist, and mathematician who calculated launch windows, emergency back-up return paths for many flights as well as flight trajectories for Project Mercury and the 1969 Apollo 11 flight to the Moon. Why is this amazing woman just now getting a movie? Note Apollo 13 was made into a movie in 1995 and there was zero mention of Katherine Johnson. How sway? Katherine made essential contributions to the US aeronautics and space programs. Is your mouth open yet? She was known for her accuracy and technical leadership with NASA for decades.  Katherine who is now 98 years old graduated High School at 14. She took every single math class her college had to offer and at age 18 she graduated.  On November 16th of last year Katherine was awarded the Presidential Medal of Freedom. I’m bubbling over with excitement I am here for this story and I’m bringing the kids. 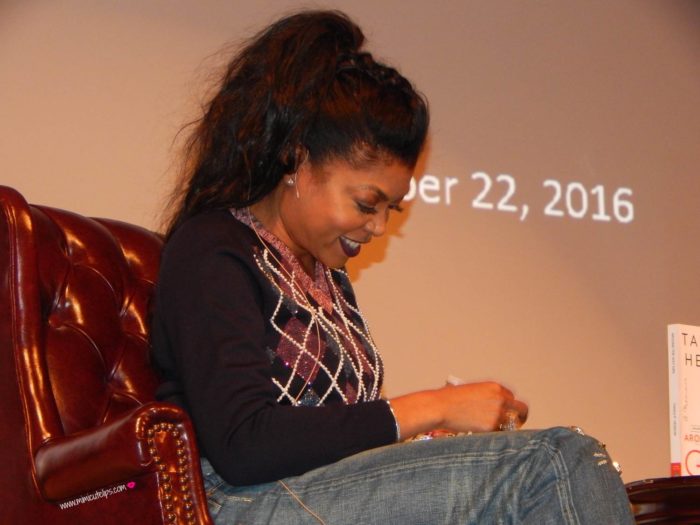 Fun Fact: Taraji is a proud Howard University drama major. Her drama teacher was in the audience, Taraji said that woman gave her the blues. Yet she credits her for the skills and talents she developed while at Howard. Taraji told us her former professor still critiques her work and sends the notes to her. Hilarious!  For all of the tea you can read her new book. 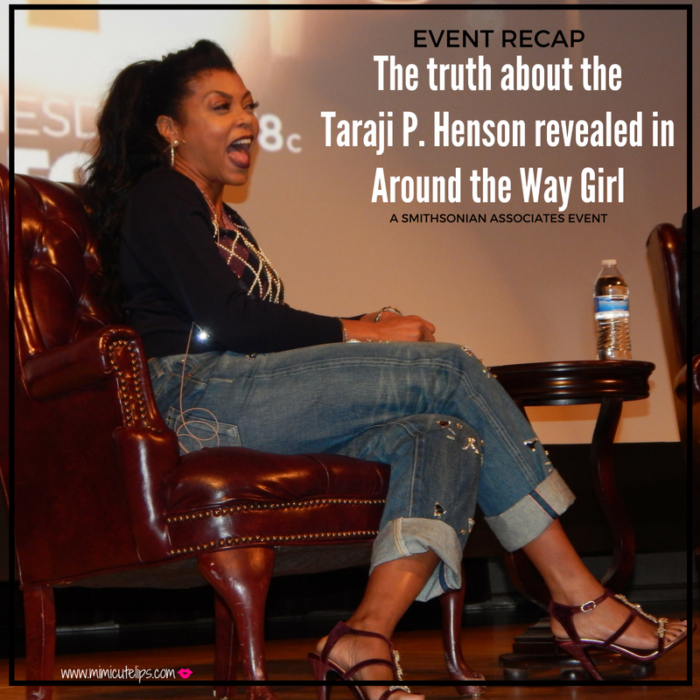 Are you a Taraji fan? Chat with me in the comment below or FB, IG or Twitter.