Babe and I finally went to the 9th Annual Roots Picnic; we’ve talked about going to the Roots Picnic for years. This year we finally made it and I don’t plan on ever going back. The Roots Picnic is a musical festival held in Philly each year at Festival Pier. They have a full slate of artist that play on three different stages all day long. The Roots are a hip hop/neo-soul band from Philly, that was formed in the late 80’s. The Roots have a very eclectic hip-hop style. If you are unfamiliar with urban culture they are the house band for The Tonight Show starring Jimmy Fallon. 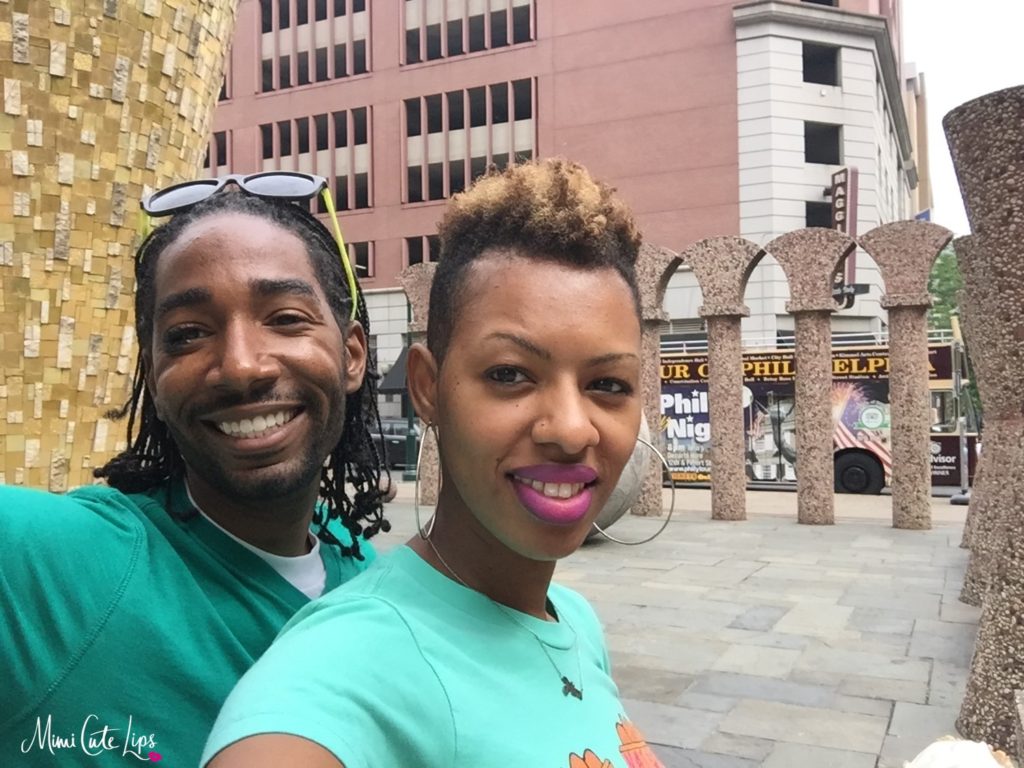 We headed up to the city of Brotherly Love. I’m fat so I wanted time to stop by Reading Terminal Market so Babe could check it out and I could get grub. I’m hiding an ice cream cone in the picture above. Yes, it was early in the morning and I was eating ice cream. Judge ye not! 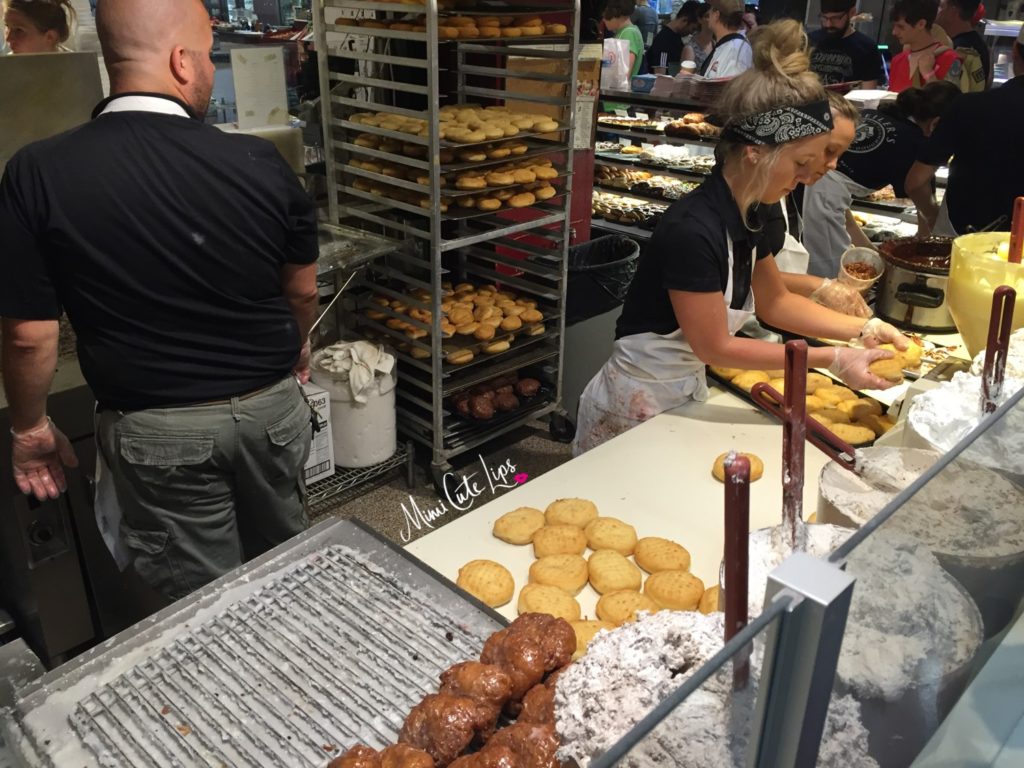 This time around I just had to go to Beiler’s Bakery. The line was wrapped around the establishment because #FatSnacks. It was that was the last time too but I was on another eating mission so I missed out. 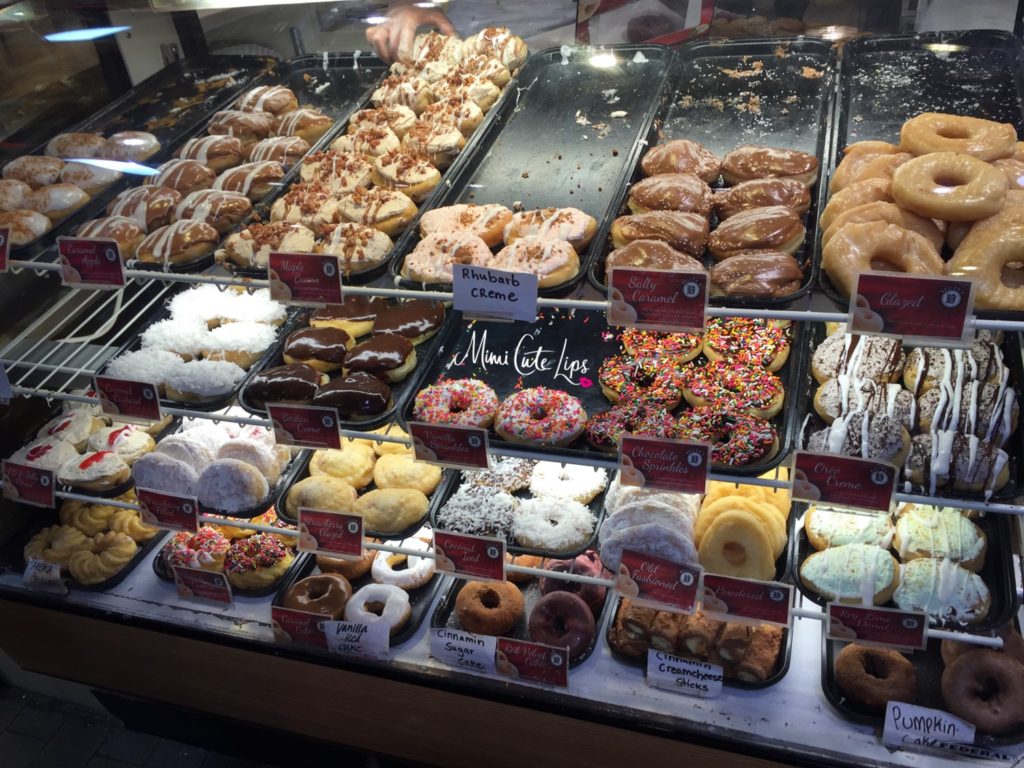 They are owned by the Amish so they are closed on Sunday. I’m fat so I got a dozen doughnuts and because it was a cool morning I thought they would be okay in the car. Then it got hot and I didn’t want to try it so I ended up tossing them out when I got home. UGH! The Fat Girl in me wanted to take a bite out of each one before I did… 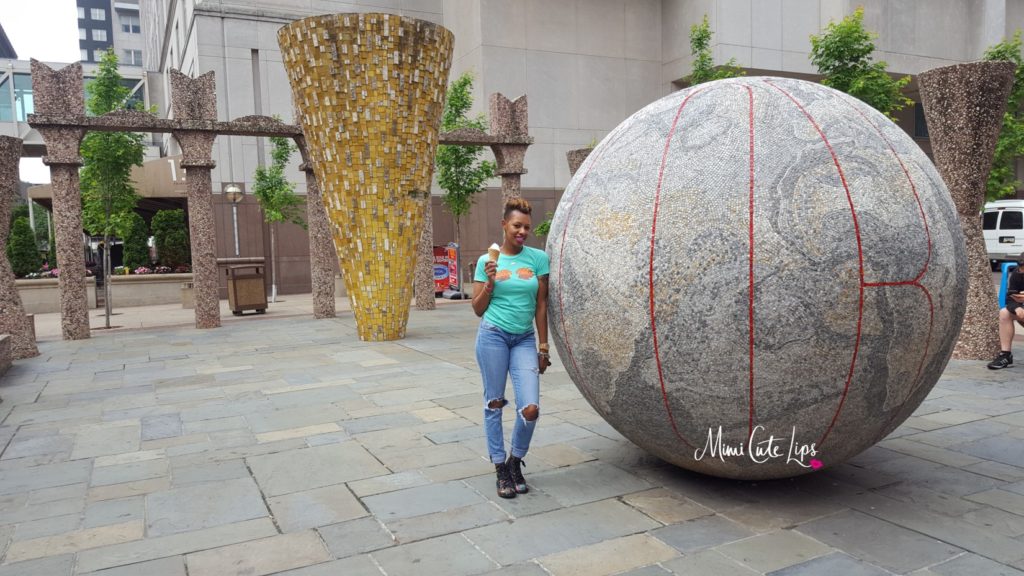 Me and my cone…

All food can and should be consumed any hour of the day. She cute though, those thighs getting thick. We walked around, I ate and now it is time to head to the festival. I had a bit of anxiety at the thought of the crowd. I was also worried about what we could and couldn’t bring. The website had a list for the venue but then stated that it could change depending on the event. Um, not helpful thanks.

Festival tip #1: Check the venue website for what you can and can’t bring.

Festival Tip #2: Take deep breaths, the security will TRY YOU. You could bring in lawn chairs and cameras depending on what security was at the entrance. The first guy told us no chairs, yes you want us to be out here for 12 hours with no chairs? REALLY SIR!

Festival Tip #3: Bring bottled water if you can, it is hot and you will easily get dehydrated. Plus the venue bottled water was $5.00 and they kept the plastic tops. Did someone get killed by a plastic top and I miss the story?

Festival Tip #5: This is not for kids if you won’t want them around a lot of cursing. Artist is unedited when they hit the stage. They will drop a lot of F-bombs. People smoke weed, I’m talking a lot of freaking weed, cigarettes (apparently that is still a thing) and cigars. I didn’t until I came to this festival! I wasn’t prepared for that, but I did leave with some new ways on how to smoke weed without papers after watching some creative stoners wanting to get high using a used bottle! 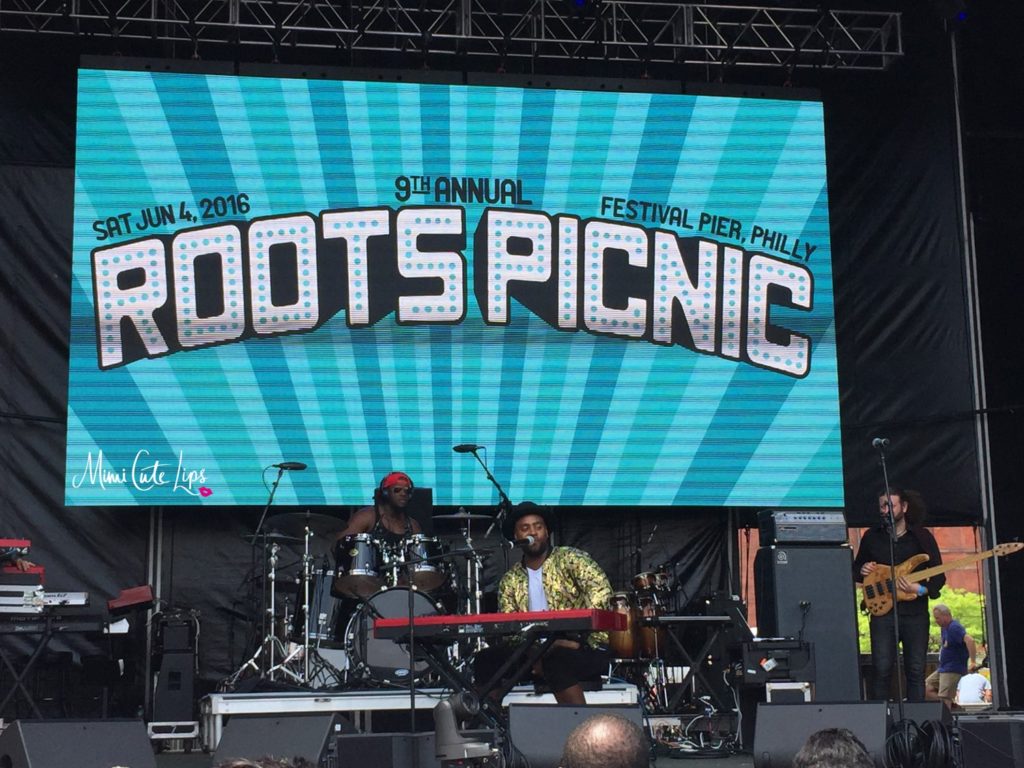 We decided to stay at the Main Stage all day. We had an amazing spot and I didn’t want to lose it. This is Jodie Abacus; I hadn’t heard of him but he was pretty good. He is British. 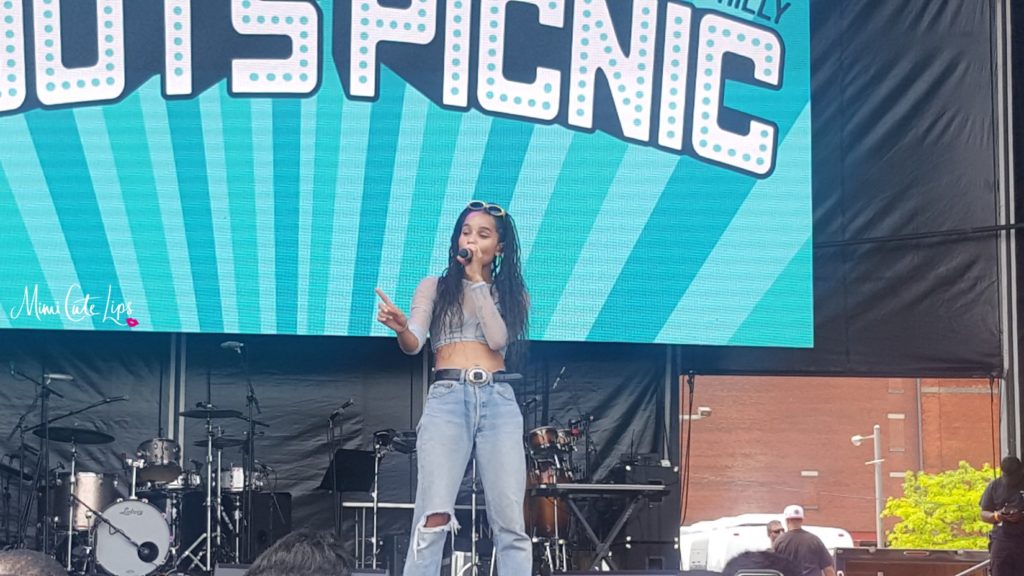 Zoe Kravitz, daughter of actress Lisa Bonet from the Cosby Show and rock star Lenny Kravitz. Her stage name is Lolawolf. Her shirt was sheer and so was her bra. She looks just like her Mom but is carving out her own lane. Her music was real chill but fun. She made sure they kept her cup full, including asking for a refill between songs. 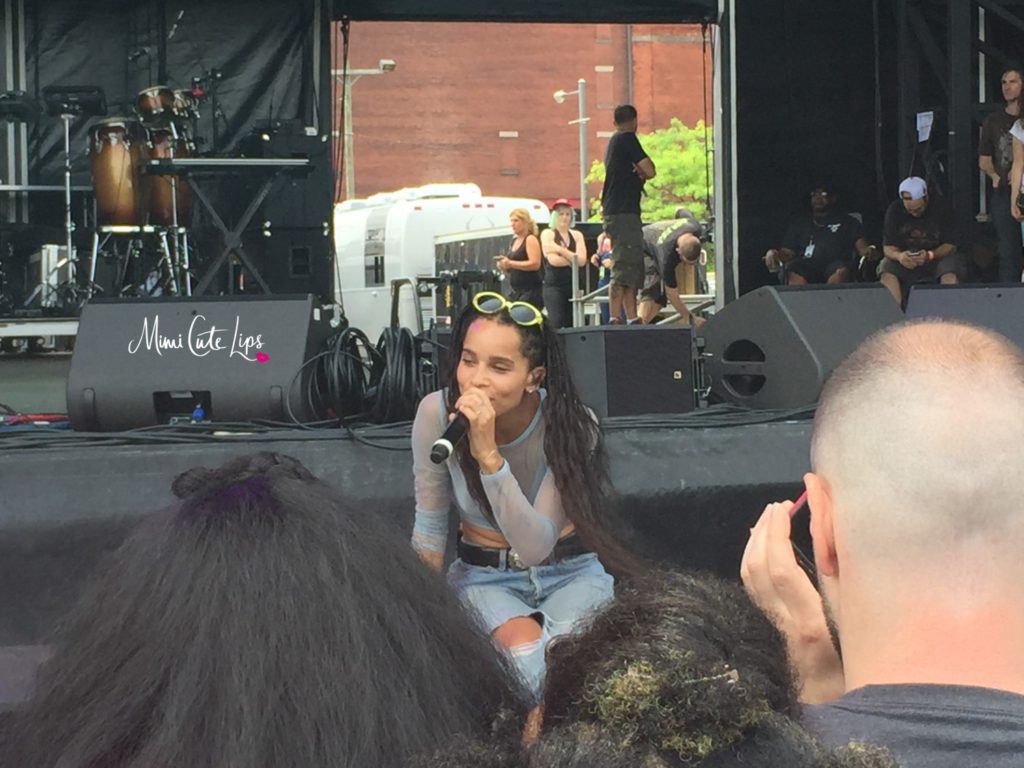 She is gorgeous, just like her fine parents. She commented on the picture I posted of her on IG. 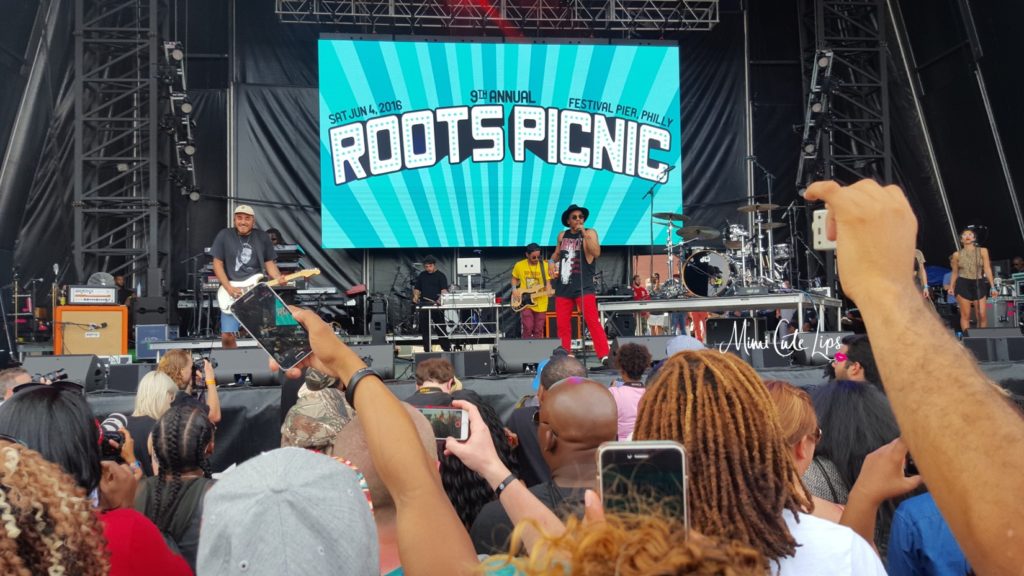 This is another I was unfamiliar with but I loved everything about his music. His energy was electric, he put on a show and he had the crowd rocking. 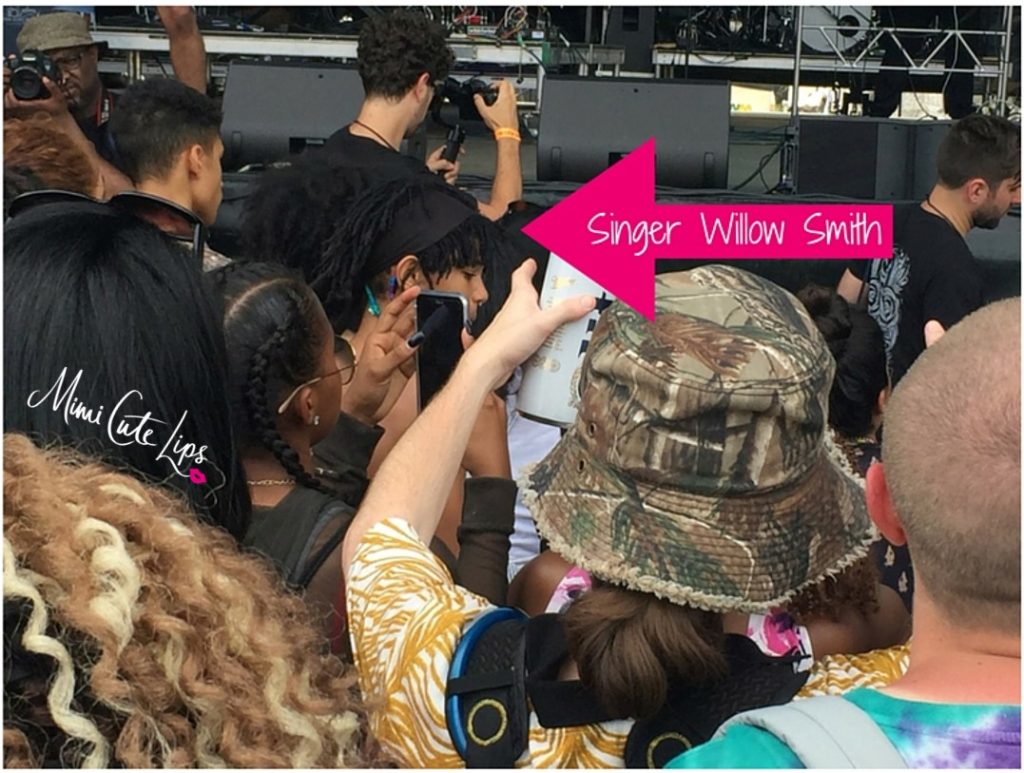 Willow performed on the North Stage which means I missed it because I wasn’t moving. But she came over to the main stage to party. Here is an image of her and her famous dad Actor Will Smith performing his classic summer anthem Summer Time. 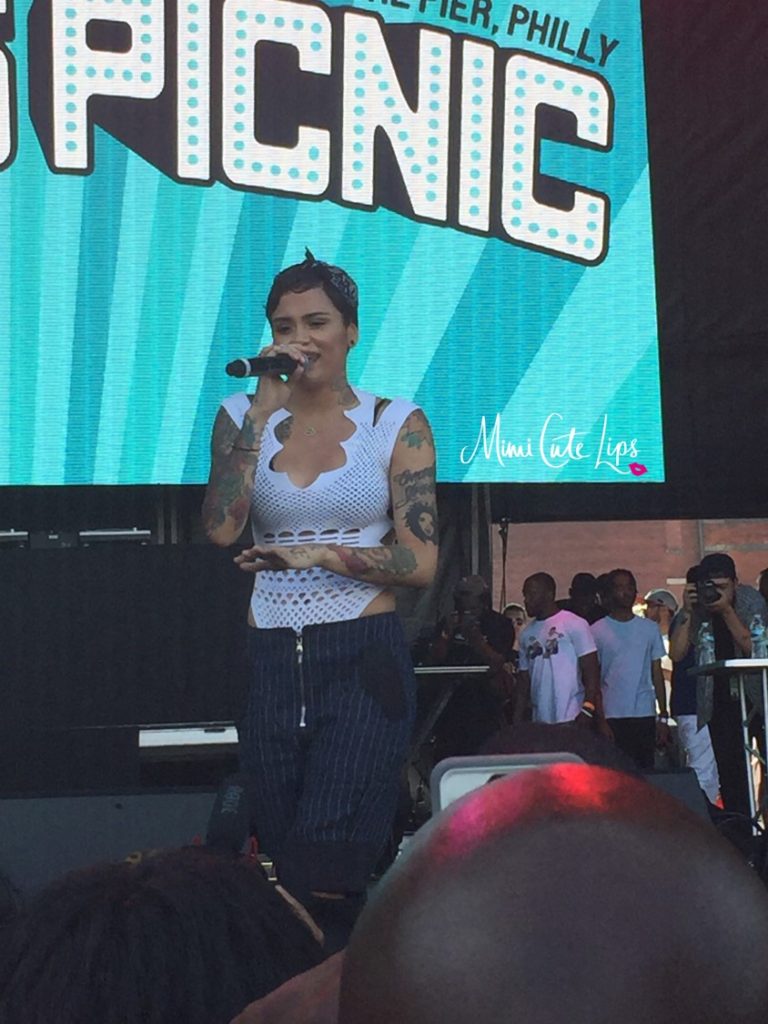 Kehlani was a crowd favorite, but again I wasn’t familiar. I really enjoyed her though, she is really pretty. She is the perfect combo of edgy yet soft and feminine. She started out on America’s Got Talent in a group called Poplyfe. 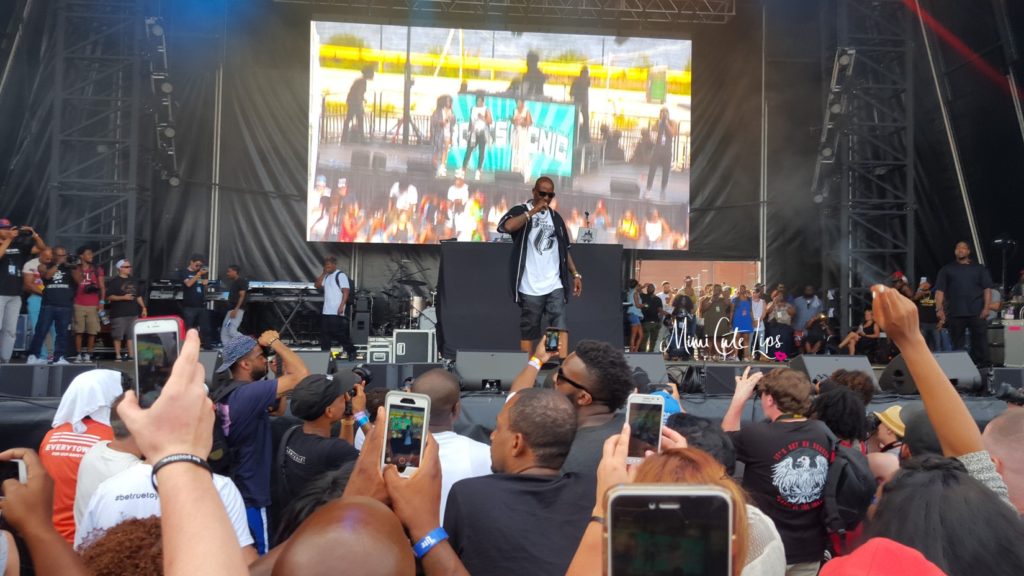 DMX hit the stage and killed it. I knew all the words to all of his songs. Long live old school rap music. It was great to see him give it his all. The crowd was rocking and rhyming right along with him. I had some dope audio but his lyrics are a bit vulgar. 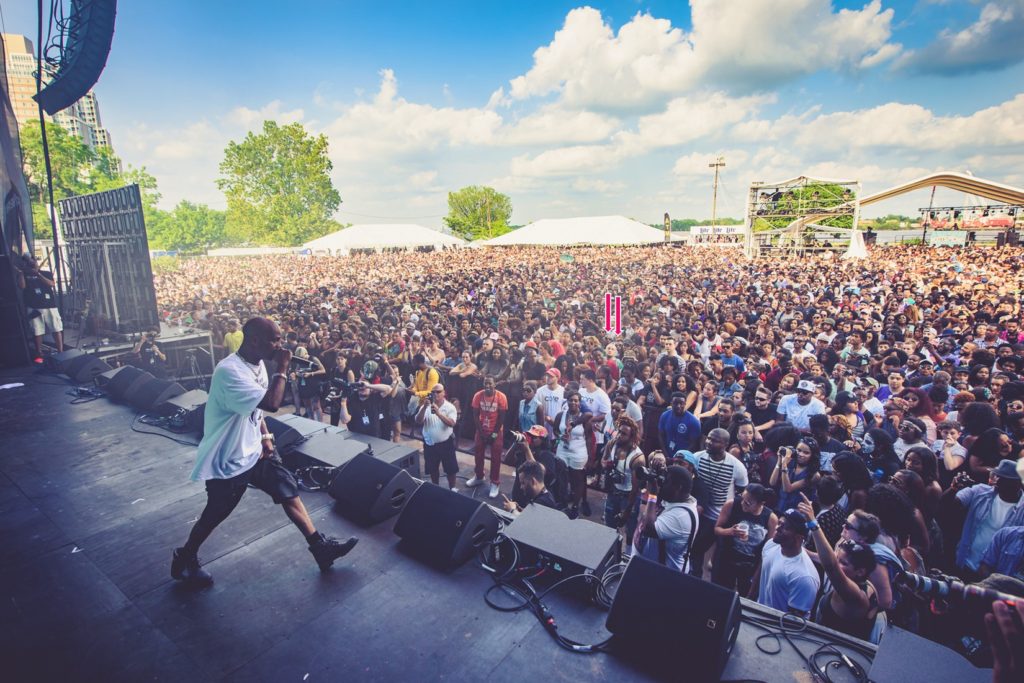 Those two arrows are Babe and I, we had that spot all day long. 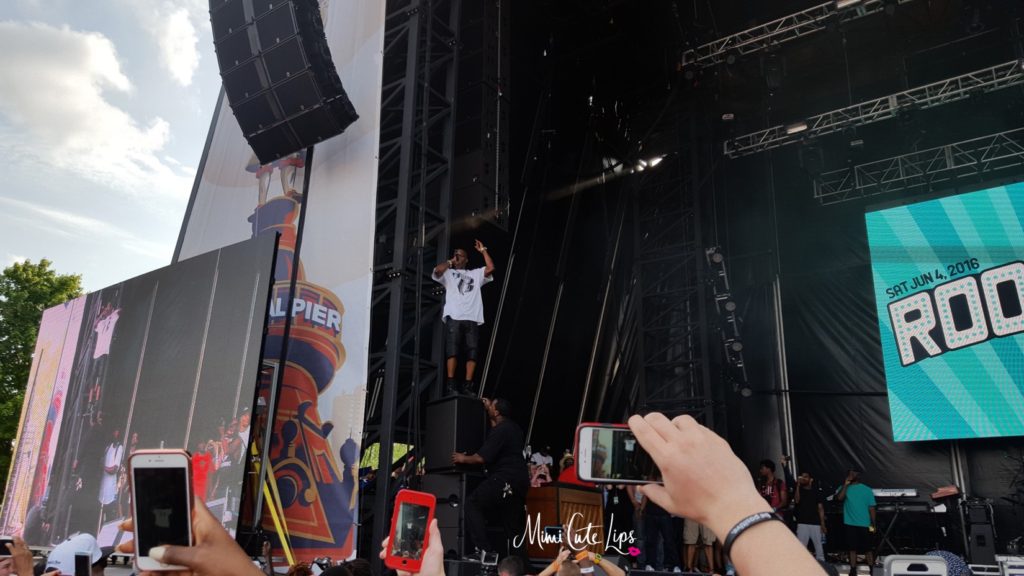 DMX was all the way turned up. 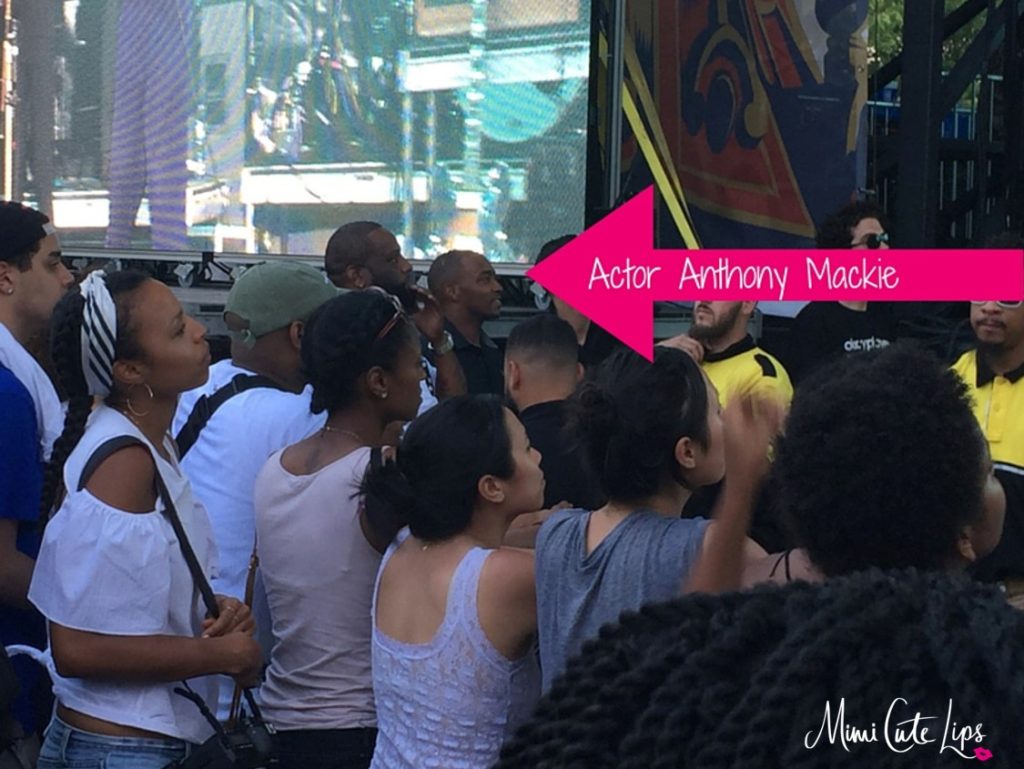 I spotted actor Anthony Mackie in front of us, he was in a few Captain Americas, Ant-Man, Black and White, and many others. I liked him in She Hates me. 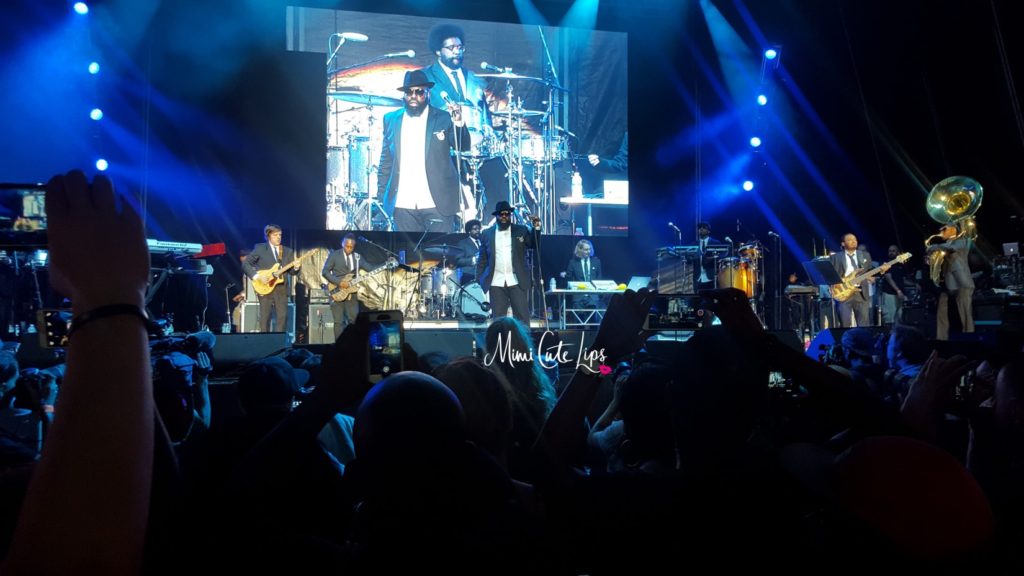 At 9 PM the Roots took the stage to close out the show with the one and only Usher. 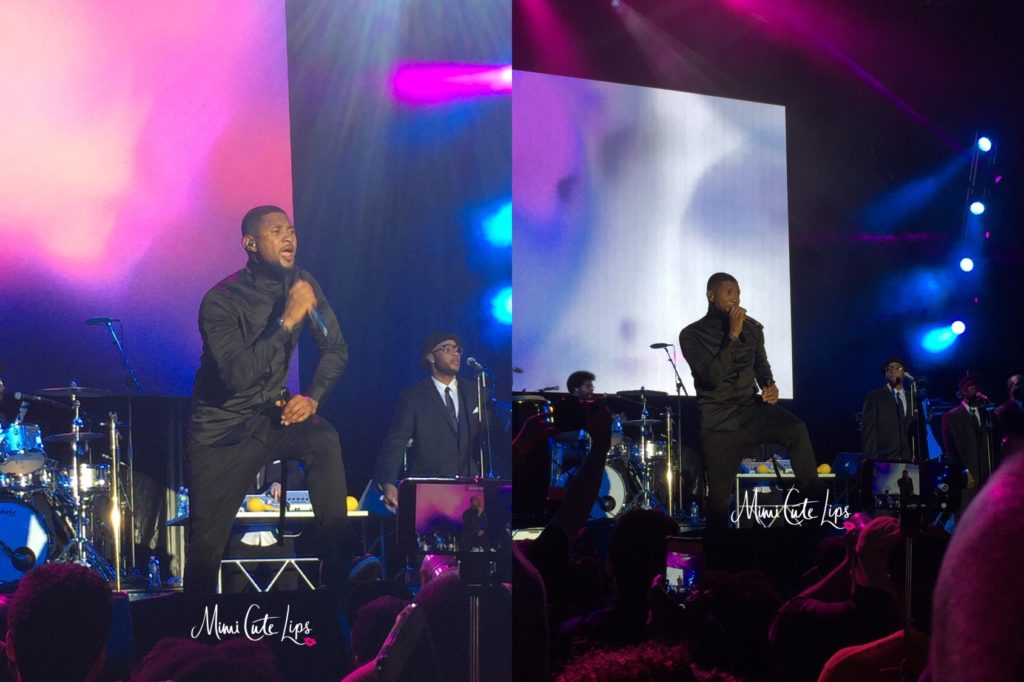 This is who I’ve been waiting for all day long. I have been a fan since he hit the scene in 1994. He hit the old songs and the new songs and I got my life the entire time. 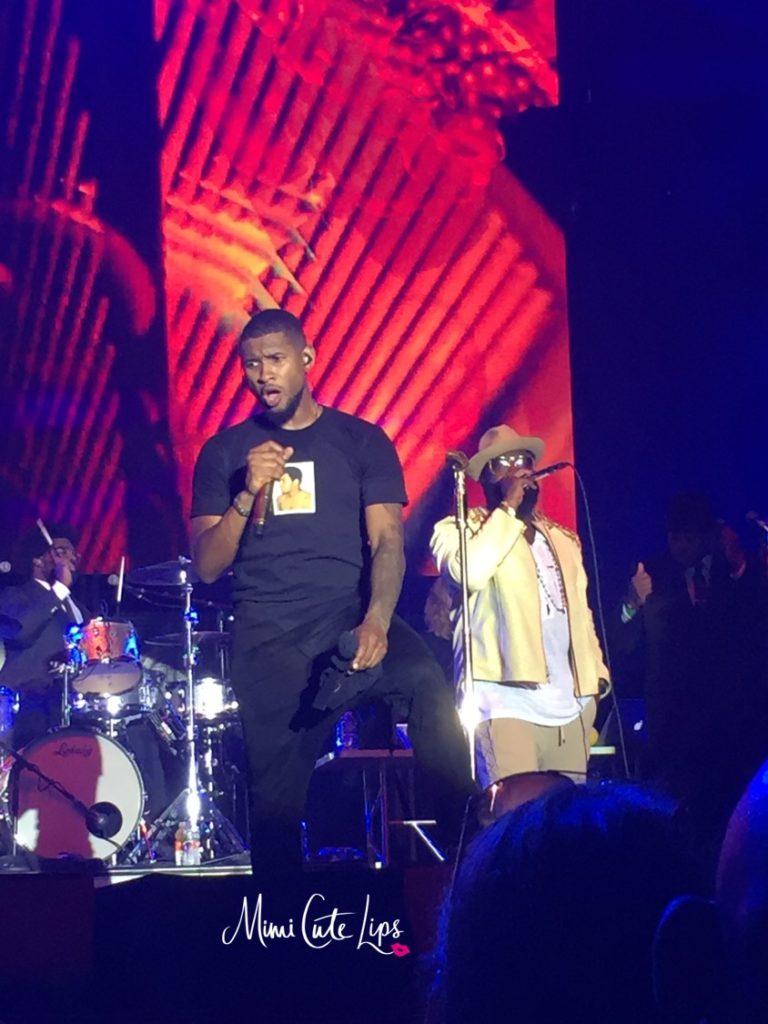 Usher and Black Thought of The Roots

We had fun, we enjoyed the acts but we won’t be doing that again. I need assigned seating, I’m not about that stay outside for 12 hours in the sun, jockeying for position life. Maybe we should have gone when we were ten years younger. 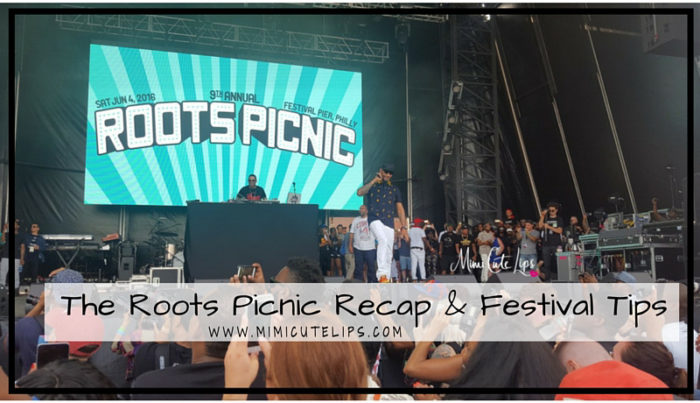 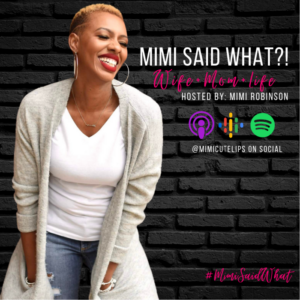 Happy #NationalSonDay to my first born. He has tau

#AlwaysPartner Did you know that a recent study co


Error: API requests are being delayed for this account. New posts will not be retrieved.

Happy #NationalSonDay to my first born. He has tau

#AlwaysPartner Did you know that a recent study co


Error: API requests are being delayed for this account. New posts will not be retrieved.