This has been a tough week, I was all excited about sharing my Essence experience and then I couldn’t form the words. Real life is happening and it had me stuck. I have two black men in my home that I worry about constantly. I don’t want anyone to be threatened by the color of their skin. In the spirit of all of this brown-ness I’m sharing part 2 of my trip. 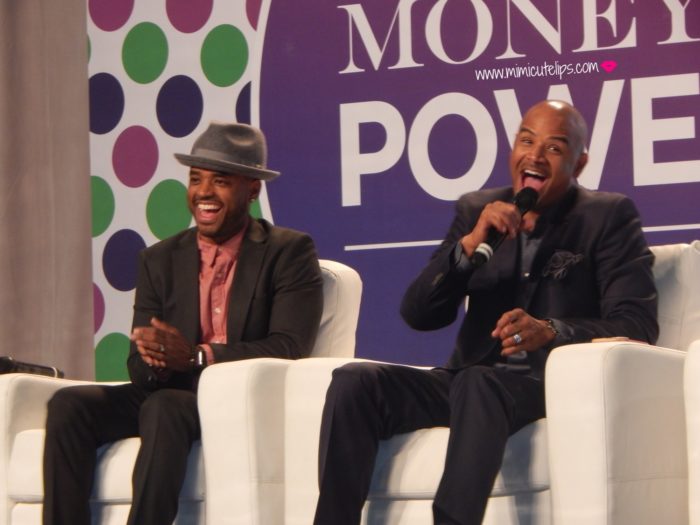 I kicked off my entrance to the Essence Music Festival with fine and fine. Also known as Larenz Tate (Love Jones, House of Lies, Why Do Fools Fall in Love & Girl Trip) and Dondre Whitfield (Robert on The Cosby Show & Queen Sugar) they were on a Fatherhood Panel with VP Ron Andrews (not pictured) and Ed Gordon. (not pictured). They talked about the importance of taking your daughters on dates and showing your sons how to treat women by treating their wives like queens. 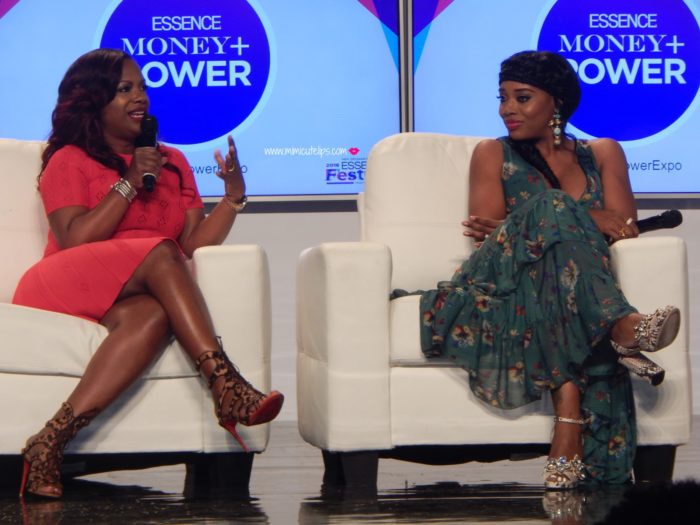 Kandi Burruss (Xscape, RHOA, Singer, Songwriter, Bedroom Kandi, Author & Business Owner) & Yandy Smith (LHHNY, Media Mogul & Violator Management) have teamed up to share their knowledge on motherhood and entrepreneurship. It is a book for women wondering how they handle motherhood and business. They both had babies within the past year and they breastfed them and took care of their businesses. I heard Tasha Smith‘s (ATL, Why did I get Married, Empire & For Better or Worse) voice and stopped in my tracks. I love her, I don’t know what this panel discussion was titled but she was honest and shared her personal experiences and how as women we are always worried about finding a man. 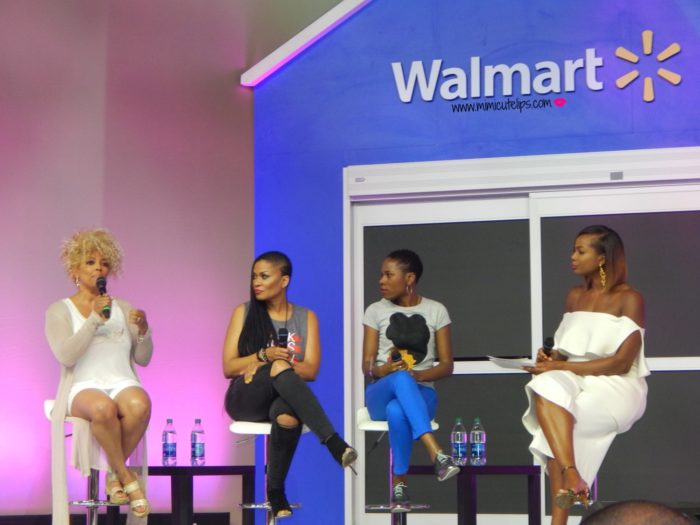 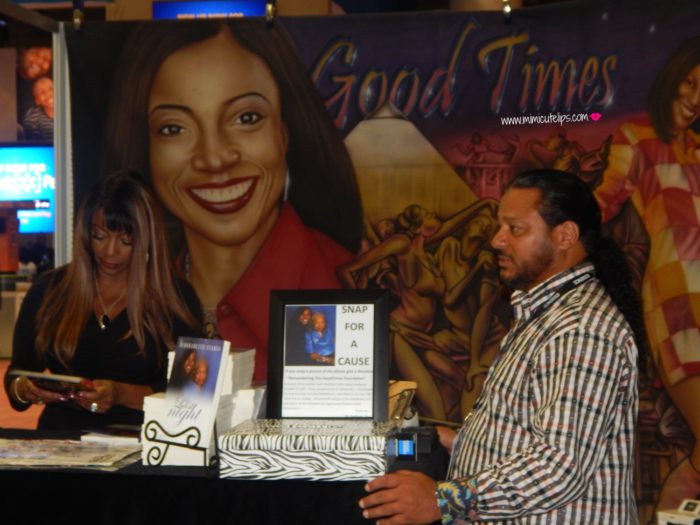 BernNadette Stanis famously known as Thelma from Good Time was there selling her book, t-shirts and taking pictures. 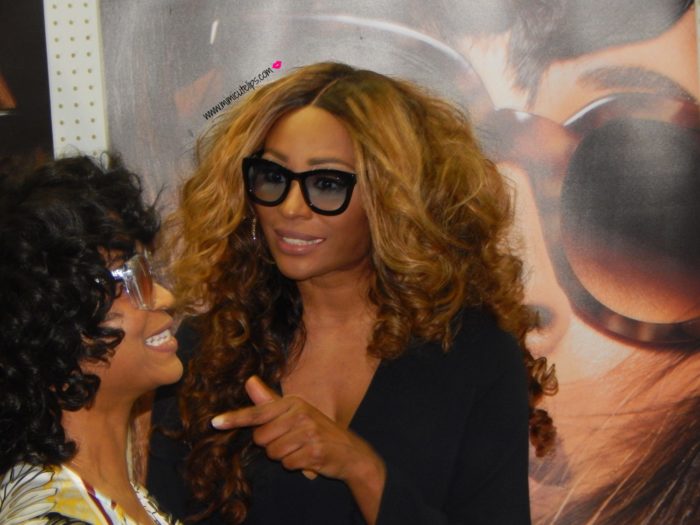 Cynthia Bailey is known for being on Real Housewives of Atlanta but prior to that she was a super model with Wilhelmina Models back in the day. She has a fashion school named the Bailey Agency and she recently launched Cynthia Bailey Eyewear. She is wearing a pair and trying them on a potential customer.  Oh and she has a daughter with the ultra fine actor Leon. 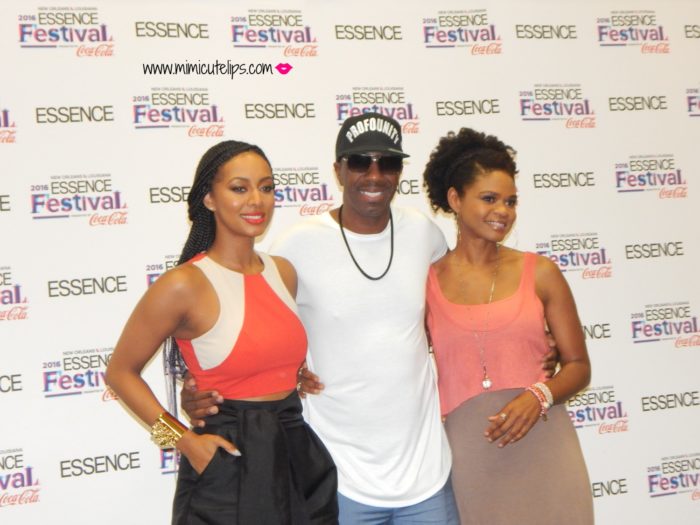 Singer turned actor Keri Hilson was there with fellow cast mate’s comedian J.B. Smoove (Real Husbands of Hollywood) and Kimberly Elise (John Q, Set it Off, For Colored Girls & Pride) They along with fifty other celebs are starring in a holiday movie title Almost Christmas. 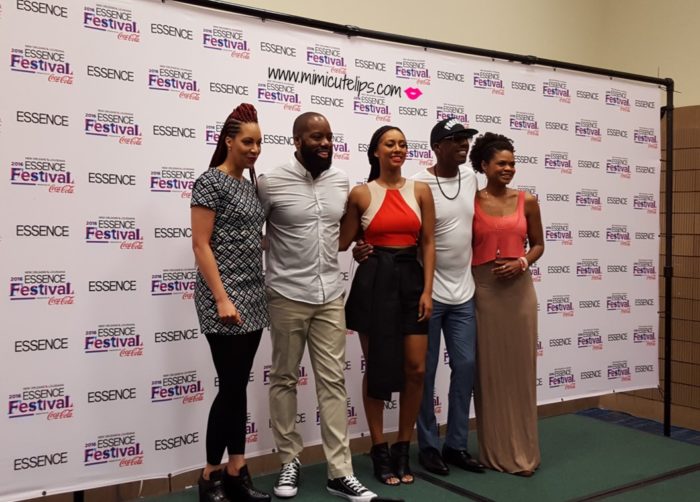 Almost Christmas is about a dysfunctional family that gets together for Thanksgiving after the death of their mom. Director David E. Talbert wanted this to be a classic holiday movie. We’ve not had one in several years. His wife Lyn Talbert is the Executive Producer, she has also collaborated with him on some other films. #BlackMagic 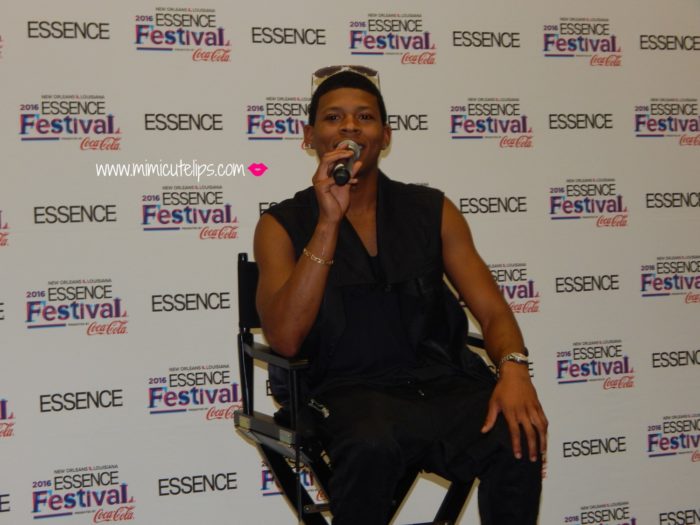 Actor Bryshere “Yazz” Gray aka Hakeem Lyon of the hit show Empire came to chat with us.  He obviously couldn’t give any details about the upcoming season. He is playing Michael Bivens in the New Edition movie, he said it was fun to learn 80’s culture since he wasn’t born yet. He also said the world felt like a more loving and happy place in the 80’s. That was an interesting tidbit, I totally agree with it though. The Ladies of Empire were in the building, actor Ta’Rhonda Jones aka Porsha and Serayah aka Tiana Brown.  Ta’Rhonda is coming out with her own clothing line. She has partnered with a local company out of Chicago and was excited to share the look she is wearing.  It is one of her designs. 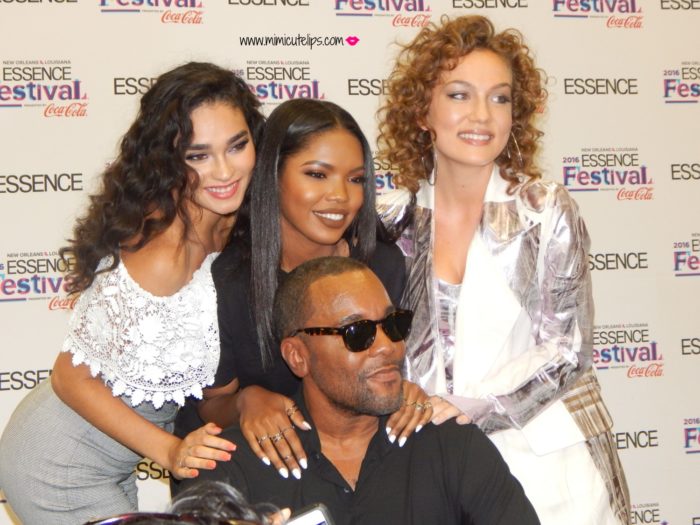 Lee Daniels, Film Producer (Empire, Lee Daniels, The Butler, Monster’s Ball, Precious) He hit the scene and has been killing it nonstop. I only listed a few projects but Lee has a lot more. He introduced these ladies to us;  they are the stars of his new show titled STAR. Fun Fact: Brittany O’Grady is from the DMV area. 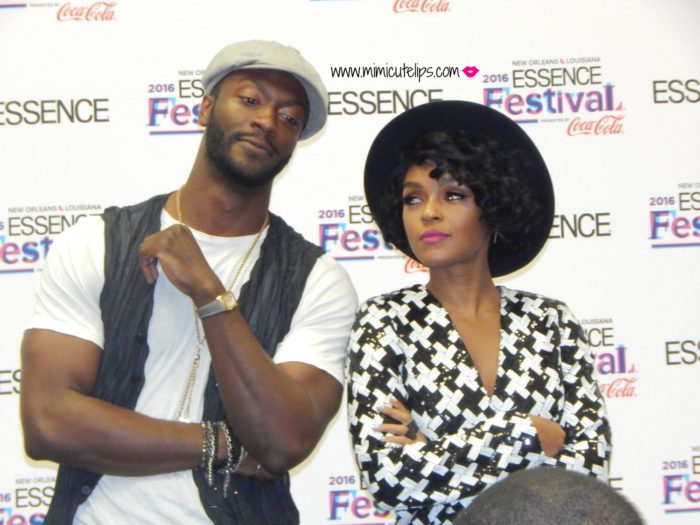 The super cute Singer Songwriter Janelle Monae didn’t come to talk about music this time. Instead she came to talk about her new movie  Hidden Figures,“A team of African-American women provide NASA with important mathematical data needed to launch of astronaut John Glenn into orbit.  This is based on a true story, Aldis Hodge (Underground, Leverage) plays Levi in the movie. I can’t wait to see this. 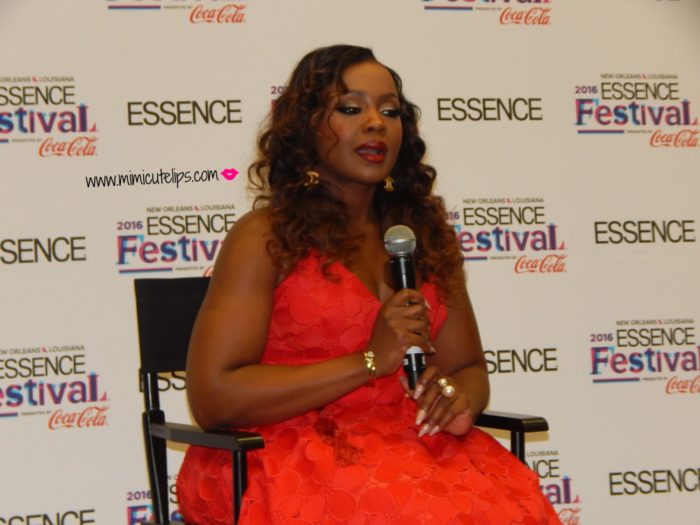 The Southern Bell of the Real Housewives of Atlanta had her face in the place. She moderated a panel titled Mothers Saving Our Sons. 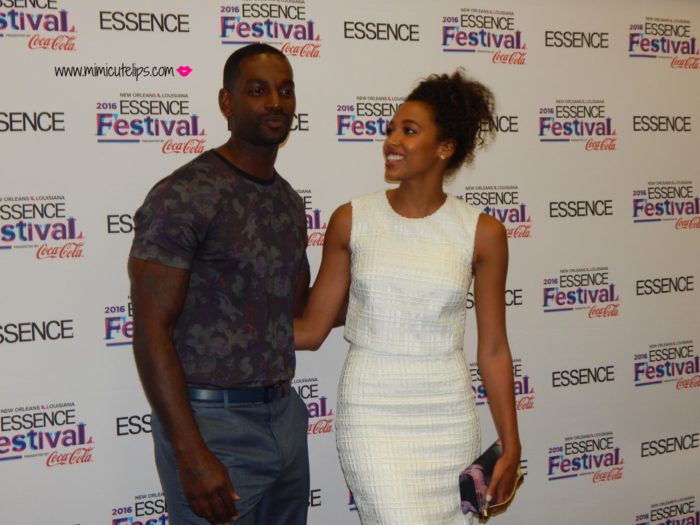 FOX has a new show this fall called Pitch and it stars Mo McRae (J Poppa on Empire, Niners Crew on Sons of Anarchy, Lee Daniels, The Butler) plays Blip & Kylie Bunbury (The Sitter & Under the Dome) plays Ginny. The show is about a young pitcher (Ginny) that becomes the first woman to play in the Major Leagues. 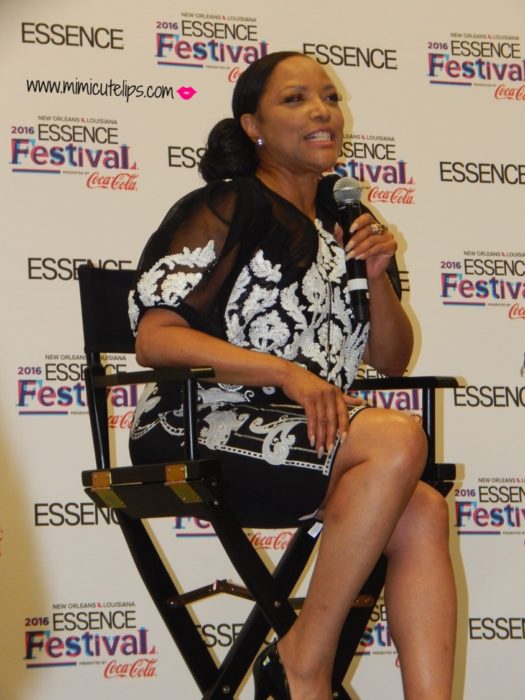 The iconic Lynn Whitfield, this woman’s resume is 500 pages long easy. She started out in 1981 but some of her most notable work was in The Women of Brewster’s Place, The Josephine Baker Story, The Cosby Mysteries and A Thin Line between Love and Hate. Now she is captivating audiences in OWN’s new show Greenleaf, she is Lady Mae Greenleaf and she doesn’t take any stuff. 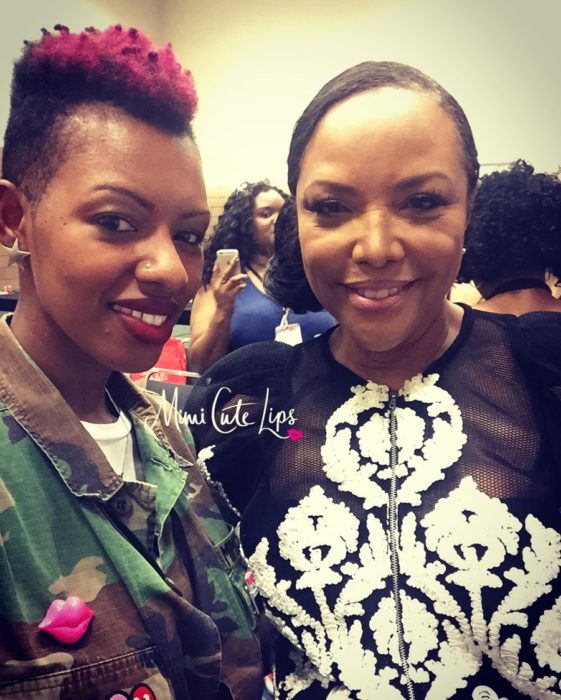 I was trying to be all cute and my pimple was not here for it. *side eye* 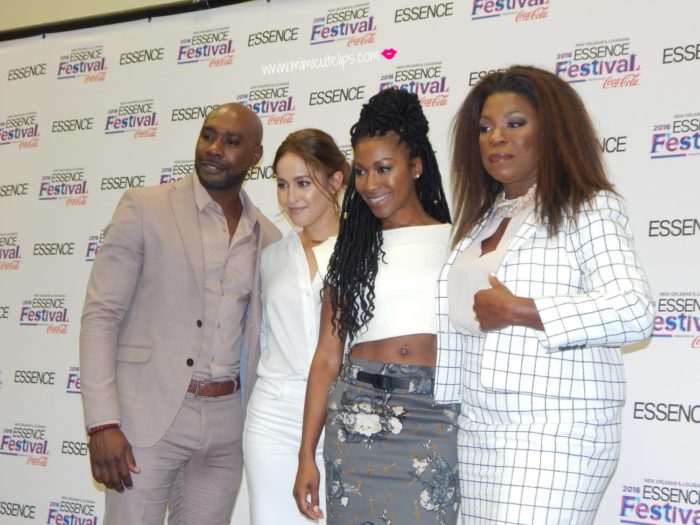 Meet the cast of Rosewood; I’ll give you a minute to take in all the chocolaty goodness that is Morris Chestnut. I’ve not seen the show but they were recently renewed for a new season. I know all about Morris Chestnut (The Best Man, Boyz in the Hood, Out All Night, The Brothers & Ladder 49). Jaina Lee, is quickly making a name for herself although I wasn’t familiar with her work. She has been on Scream Queens as well as The Shop. Gabrielle Dennis (The Game & Blue Mountain State); then there is Lorraine Toussaint she has been doing her thing on TV since the 80’s as well. Recently she has been on Orange is the New Black as our favorite character to hate Yvonne “Vee” Parker. If you are a fan of the soaps then you will recognize her from The Young and the Restless. 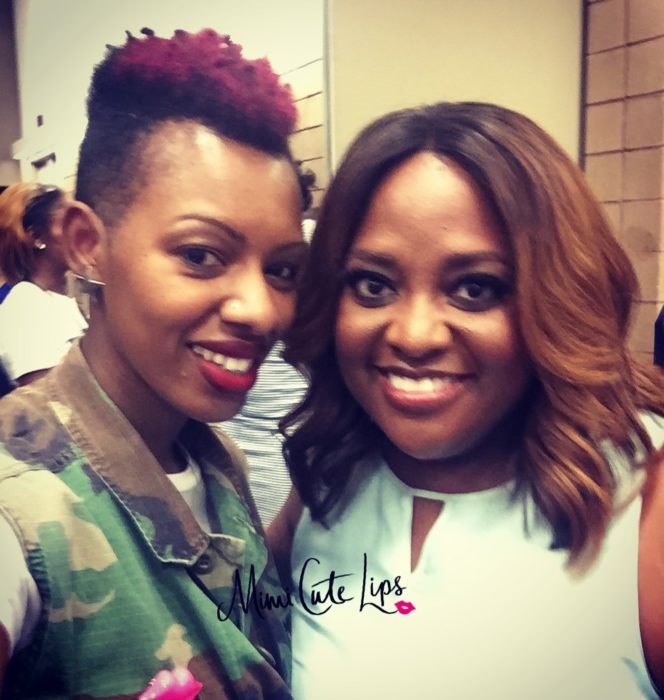 I love Sherri Shepherd she is so funny and down to earth. Sherri came to us via comedy and has moved on up, she is most popular for being on The View. She has a new show she is Hosting and Executive Producing called Match Made in Heaven. It airs on WETV and it is essentially the black version of the bachelor. Sherri told us how her former co-host gushed about the Bachelor on The View all the time. As many years as the bachelor has been on they have never had a black bachelor. She saw a need and created a show. On top of that Sherri has a wig line and several other things. The Cast of Queen Sugar

AVA FREAKING DUVERNAY! I had to get that out of my system, this woman is magical and I was so geeked when she walked into the room. Okay Queen Sugar is a new show airing on OWN and it is about two sisters that move to Louisiana to claim an inheritance from their father who recently died. The sisters are played by Rutina Wesley (in the blue dress) and Dawn-Lyen Gardner in the black dress. I can’t wait to tune in to watch. Ava DuVernay along with Oprah are the creators of this show. Ava also Executive Produced the movie Selma and a lot of other projects to include an episode of Scandal. 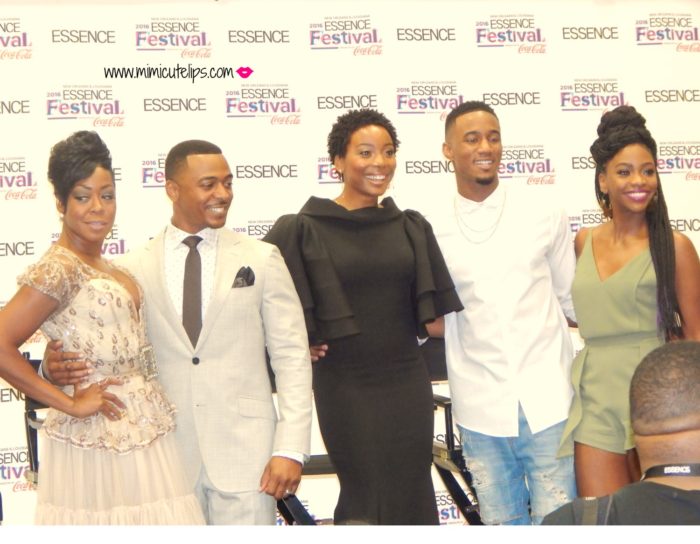 The Cast of Survivor’s Remorse

I was a fan of Survivor’s Remorse already, it is one of the shows Babe and I watch together. After meeting them in person I am a super fan. They are so genuine so down and so freaking hilarious. They are stars for sure but they are human and I love that. Cast members L to R: Tichina Arnold (Little Shop of Horrors, Martin & Everybody Hates Chris) oh and she sangs her face off.  RonReaco Lee (Sister Sister, The Good Guys, Let’s Stay Together) Erica Ash (MadTV, Scary Movie 5, Real Husbands of Hollywood) and she can sing too. Jessie T Usher (Level Up, Almost Christmas, Independence Day: Resurgence) He is also from the DC area, big up for the home team. Teyonah Parris (The Miki Howard Story, Mad Men, Chi-Raq)  her natural hair game is all kinds of dope too.

If you watch the show then you know the characters are very BOLD and in your face. I love those kind of people but I wanted to know how much of that was them and how much of that was the writing. The dope thing is they said it was a bit of both. You can’t be all reserved when playing these type of characters. You have to own them, so it sometimes pushes them as actors to be a bit bolder. A lot of times they agree with the story line and because it is such quality work they own it before they even act it out. 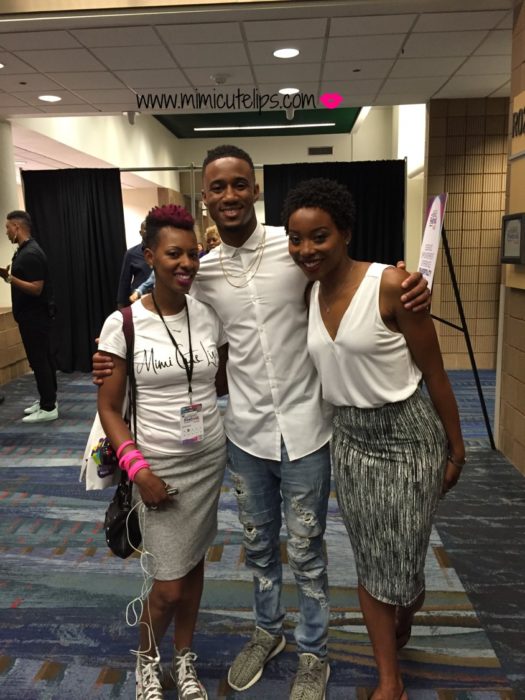 Cutting up in the hallway. 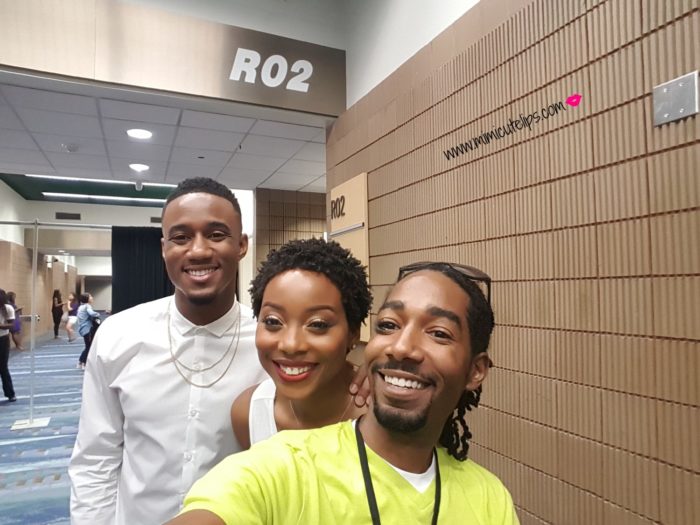 Babe got in on the fun as well. 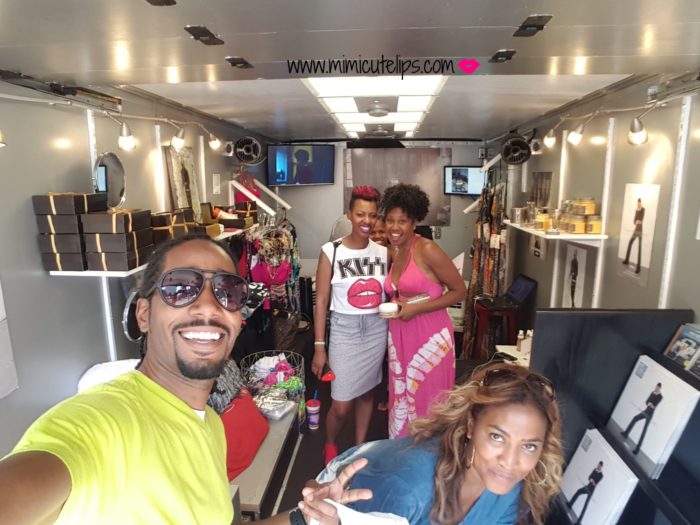 After a full day at the Convention Center Babe and I ran up on this Maxwell Pop up Shop. Maxwell’s just dropped his album and Babe picked up a copy. I got my shop on, I purchased a new graphic t-shirt and Actor Tanya Wright‘s hair product. HAIRiette is a company serving the needs of women with naturally textured hair. *raises hand* If Tanya looks familiar it because she has been on the Cosby Show, True Blood, NYPD and currently on Orange is the New Black (OITNB) as Mrs. Crystal Burset, the wife to Laverne Cox character Sophia Burset.

I know this is Hollywood overload but I had to share. 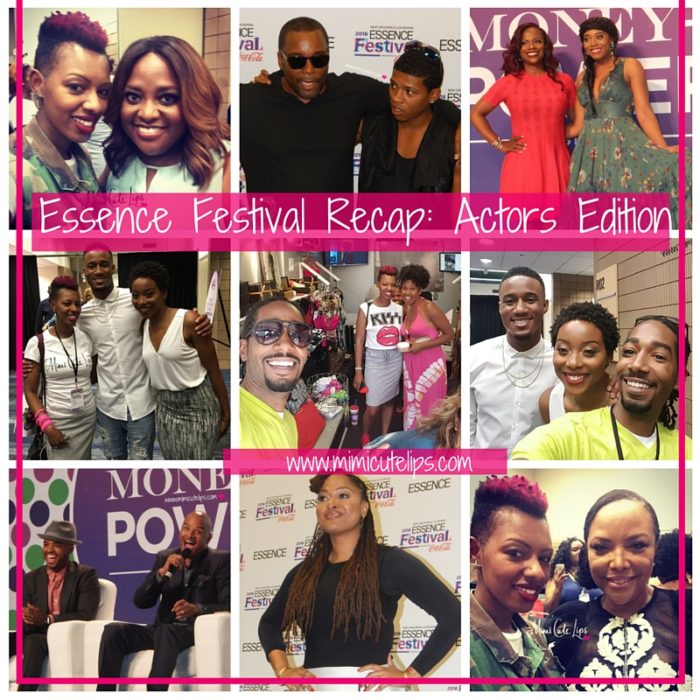 Do you have a favorite actor out of this bunch? Chat with me in the comment below or FB, IG or Twitter.