I have been bubbling over with excitement since Thursday; it seems the Universe and I have gotten our two step in sync. There is no secret that #TGIT trends every Thursday night as the work of the extremely talented Shonda Rhimes takes over the ABC Network. #Goals 8PM: Grey’s Anatomy 9PM: Scandal 10PM: How to get Away with Murder. This WOMAN, this BLACK WOMAN is ruling a major network in a major time slot and killing the ratings. Let that sink in for a moment. There is no doubt that girls can’t run the world.

I saw some information about the Smithsonian Associates having a “Scandal-ous!” night over at University of the District of Columbia while I was riding up to NYC.  I am very much the impulsive live in the moment type of person. {I make no apologies for it.} I’ve been a Scandal fan since the first episode, like many I was all in my confused feelings about the kidnapping and all of that but things returned to normal and I was sucked back into that old Scandal feeling.

I was more than elated when the time had finally come; I mean I’d waited an entire month after buying my ticket. Because spring is still confused it was a rainy day, I made sure I got there in plenty of time but so did everyone else. 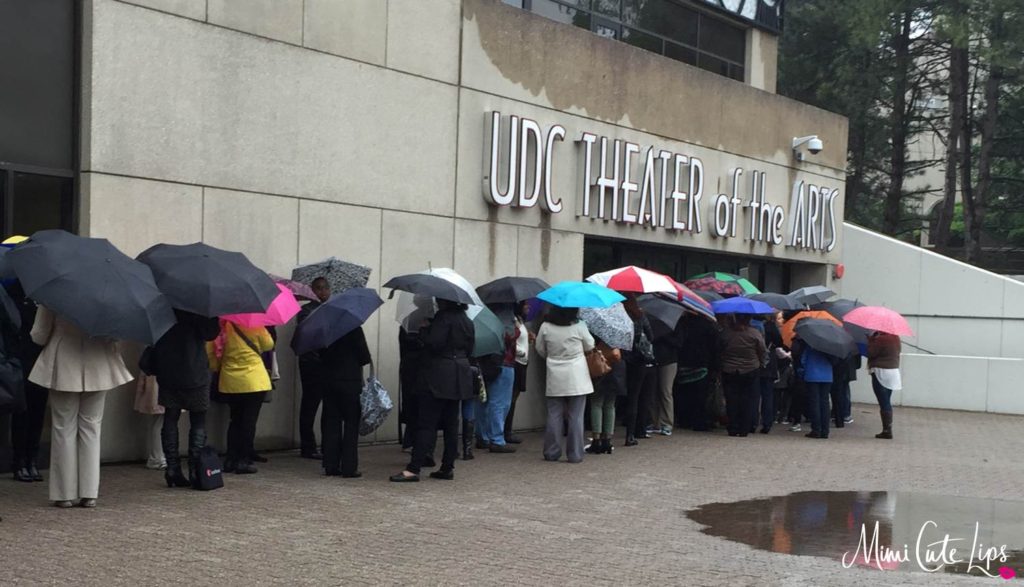 Lined up and waiting…

After a short wait it was go time and I made sure I secured a good seat. I settled in and got to know the ladies around me. The lady to my left came all the way from Texas and the lady to my right had come from Ohio. I had no idea people had really flown into town for this event. No judgement, I totally spent five days in Atlanta this time last year to attend a $10 event. hahahaha 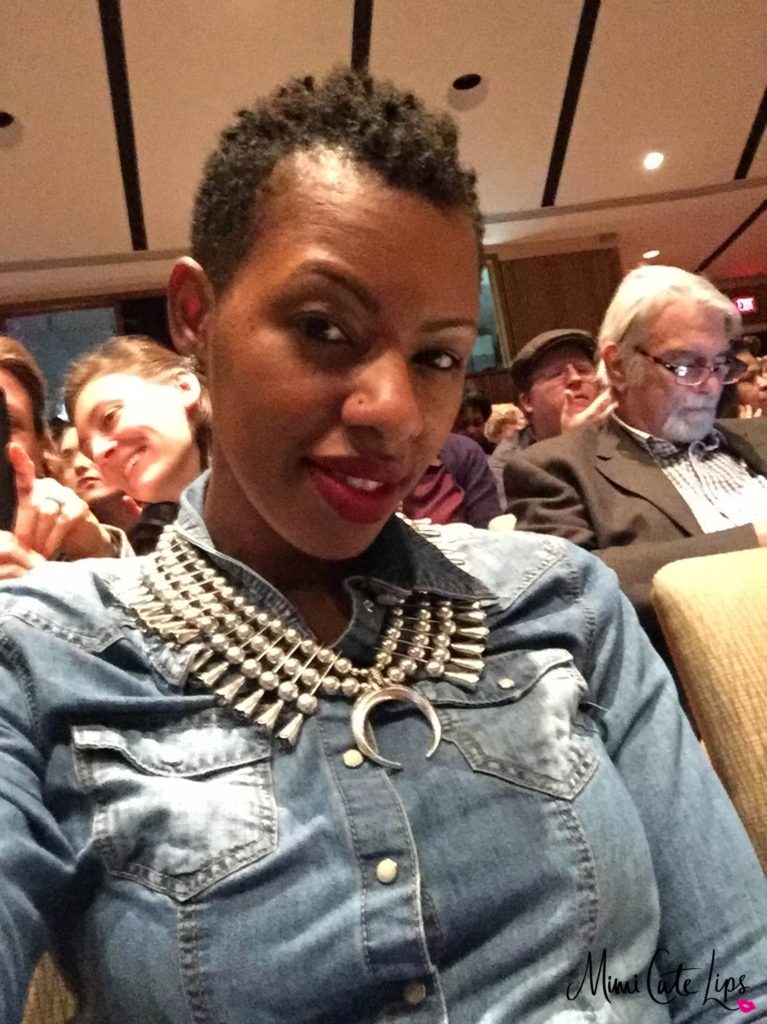 What I didn’t know was that a lot of the folks in the room were regular participants of Scandal meet ups. Did you know that was even a thing? They take their fandom to epic proportions and I was clueless yet fascinated.  They travel all around the United States meeting up and hanging out all in the name of Scandal.

I love me some Scandal but a bit more than that I love me some Shonda Rhimes. Her book Year of Yes gave me all the everything I needed in my entire existence honey. She is a friend in my head, and I am now determined to be in the same room as she again. Universe, did you note that? Before the cast came out we were treated to a screening of the show’s latest episode. Can I just say that it was epic to watch a show you love in a room full of people who also love the show. It was like watching a good movie in a movie theater and you hear the collective gasp, sighs and random eruption of applause from the audience. It was all of those things. 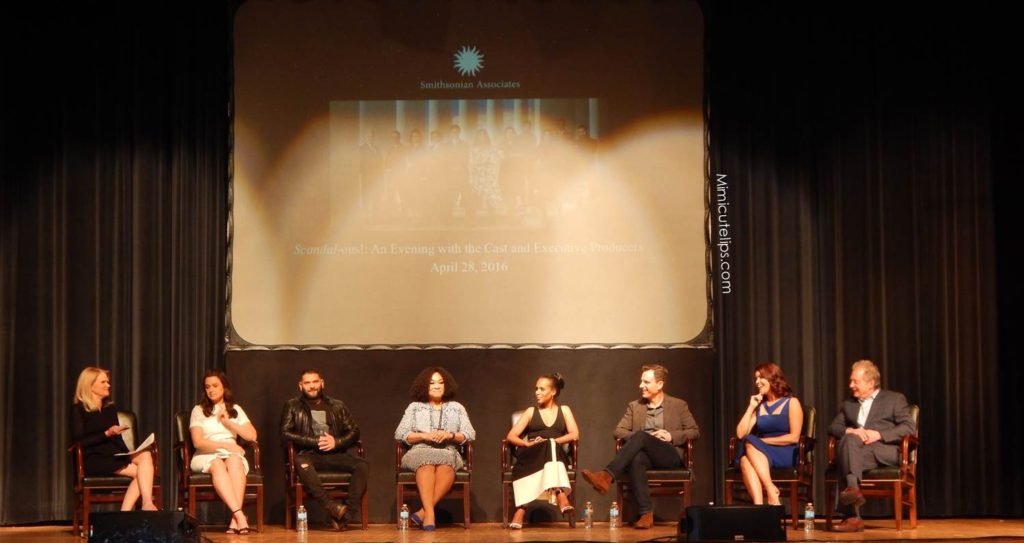 The cast came out and we collectively lost our shiz. Imagine screaming little girls at a Justin Bieber concert. The energy was electric and Martha got right into things and we sat there with our chin in our palms as our elbows rested on our knees. Not exactly, but you know that pose. I loved every minute of it but I was missing Jake Ballard {Scott Foley} with his fine self.

Scandal is set in Washington, DC but they don’t film here because politics and red tape. The very interesting thing is how closely Scandal mirrors the political race these days. I will let you draw those connections on your own time.  Shonda let her mind go to work; she had no idea that life would imitate art in that manner.

The cast was funny; you could totally see their chemistry. Kerry & Tony have a natural Fitz & Liv banter in real life too.

Fun Facts:
The term #Gladiators was made up by a fan on Twitter during the very first episode of Scandal. It is a nod from the “Gladiators in a suit” line referenced by Harrison {Columbus Short}.

Bellamy Young {Mellie} was born Amy Young. She changed her name because there was another Amy Young already registered with the Screen Actors Guild.  They don’t do duplicates.

Q: Why are the characters psyche more powerfully ruled by their fathers than mothers? {13:35} Hilarious Response by Shonda & Kerry

Q: Is the role of the First Lady outdated, did Michelle Obama & Hilary Clinton prove that a first lady can be more than just ornamental? {14:42}

Q: Are the brighter colors in Olivia’s wardrobe this season a true reflection of what she is feeling or a facade to hide inner darkness? {15:33}

I captured some video footage

and photos of Shonda and the cast… 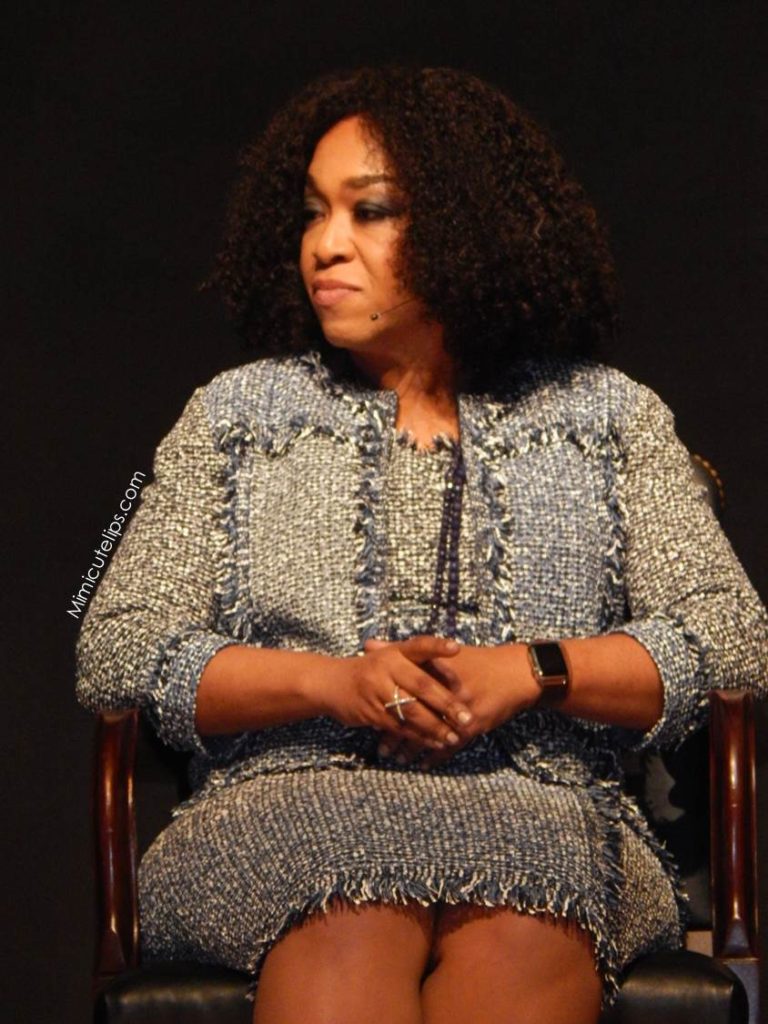 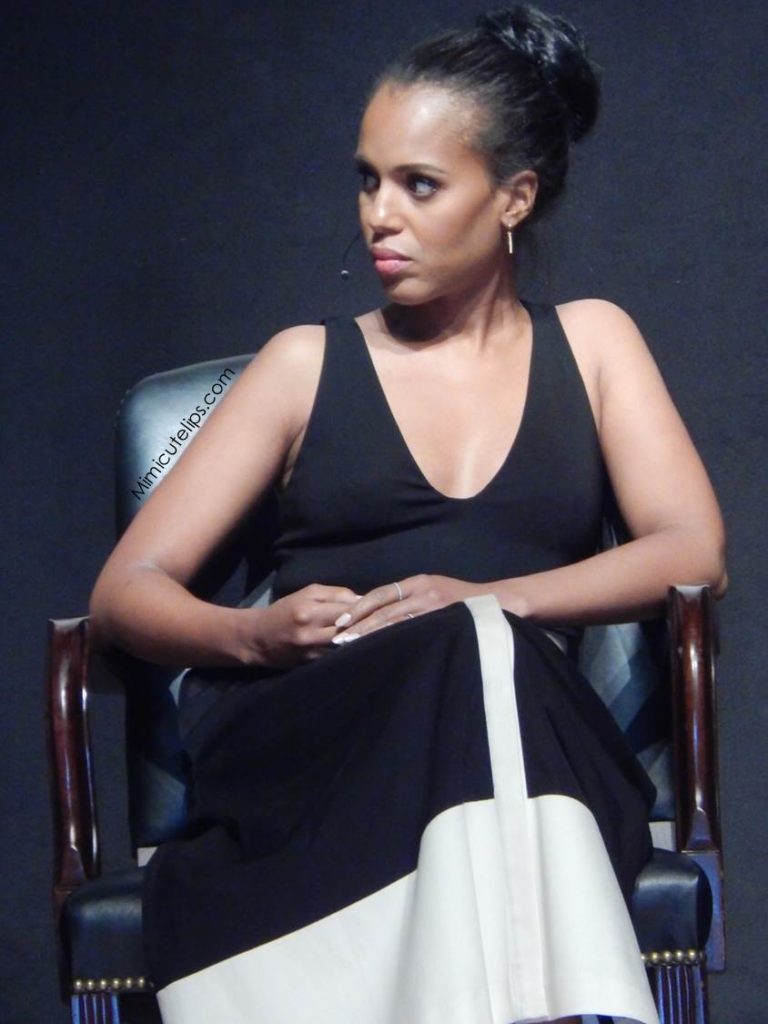 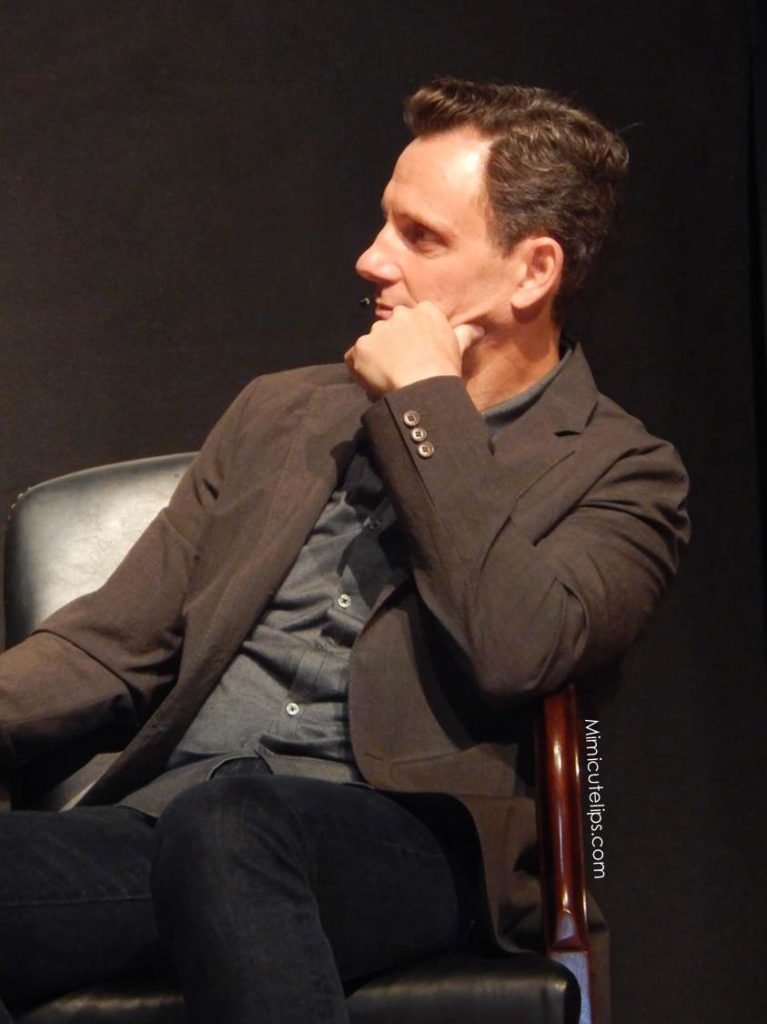 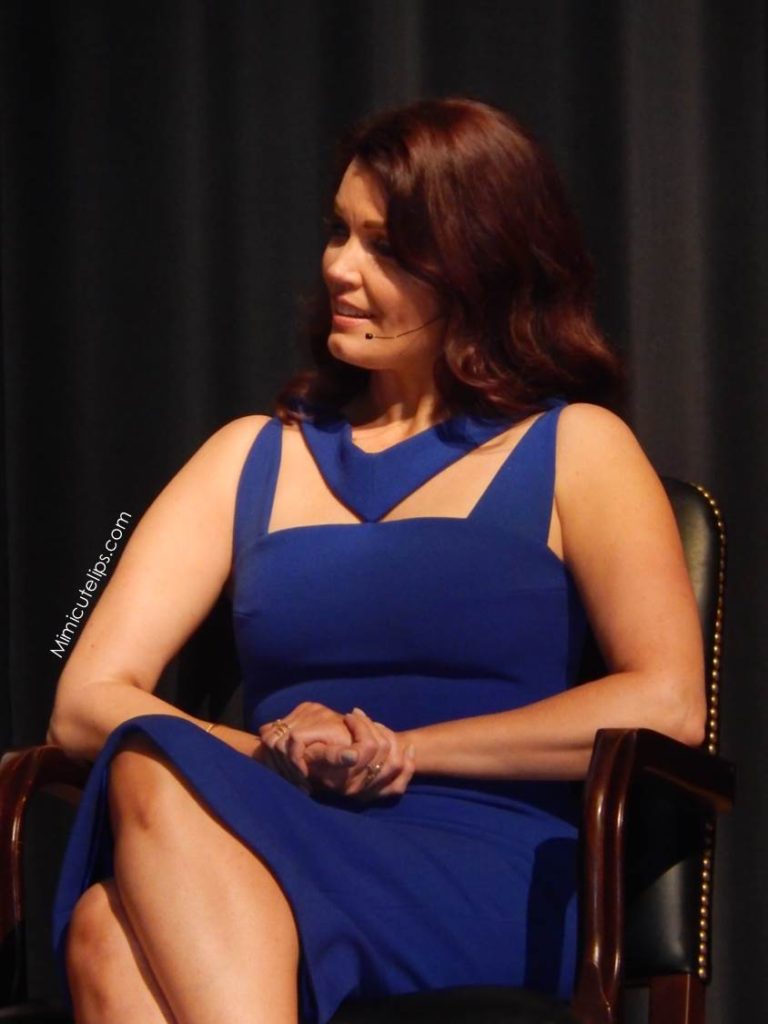 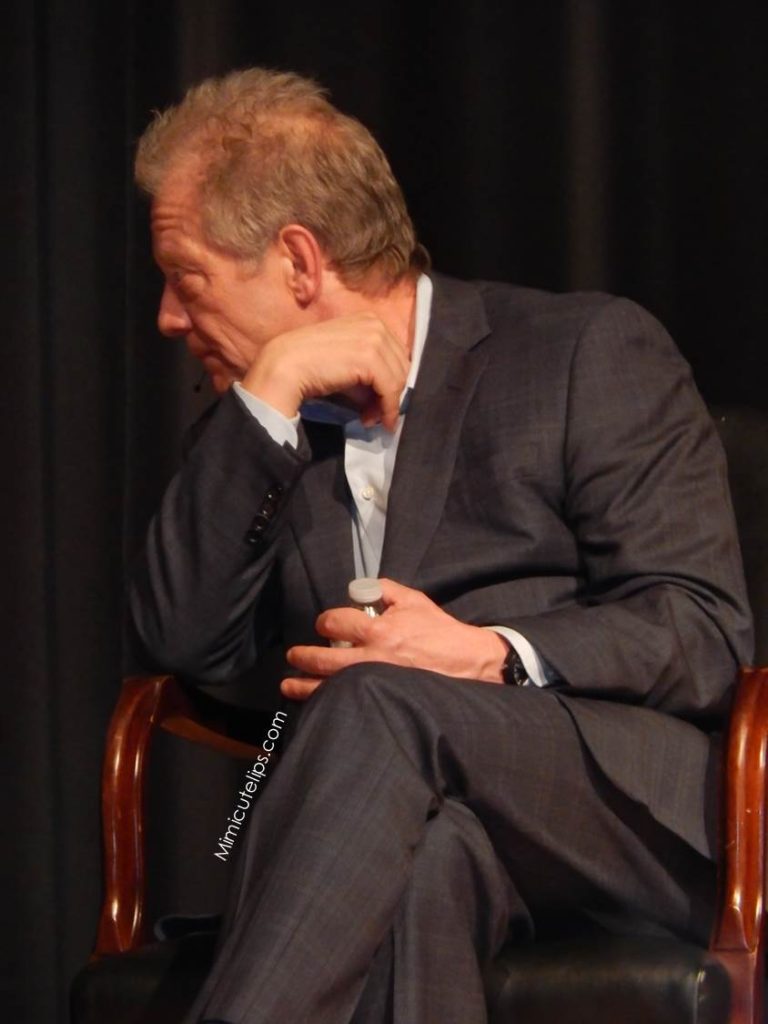 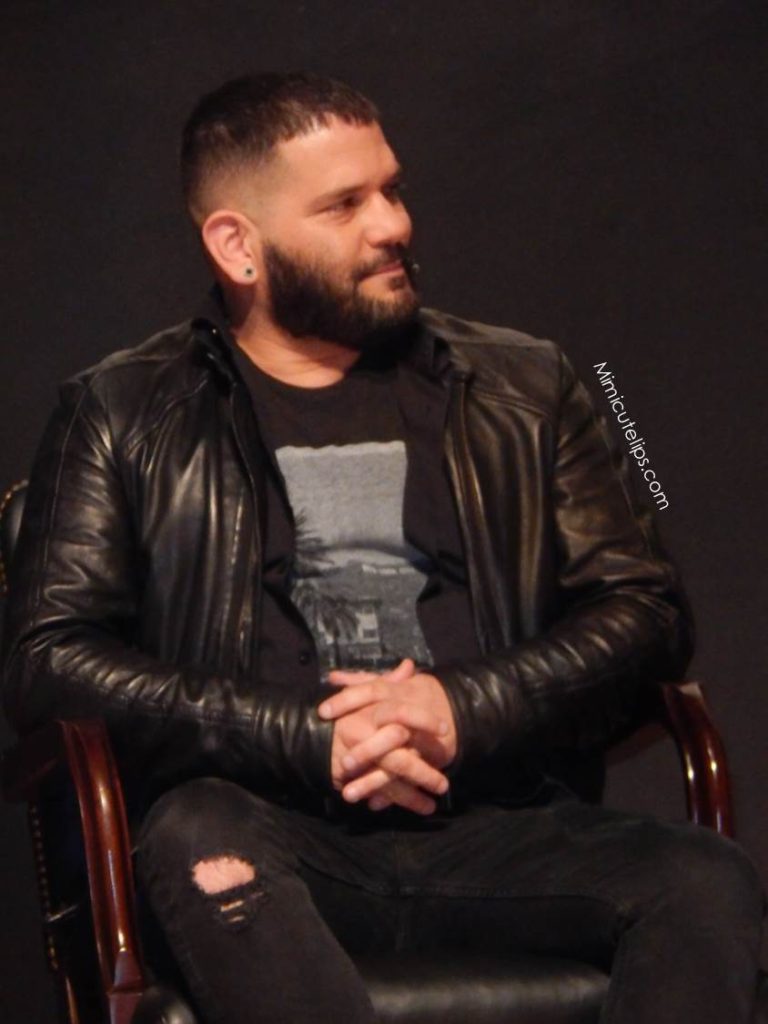 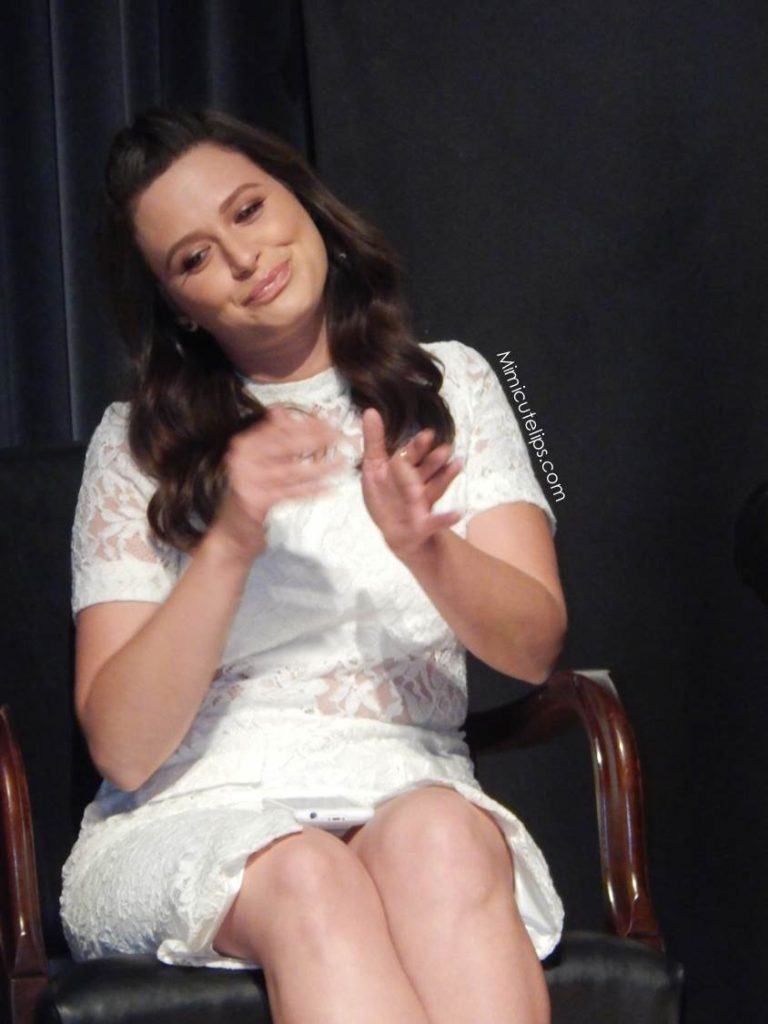 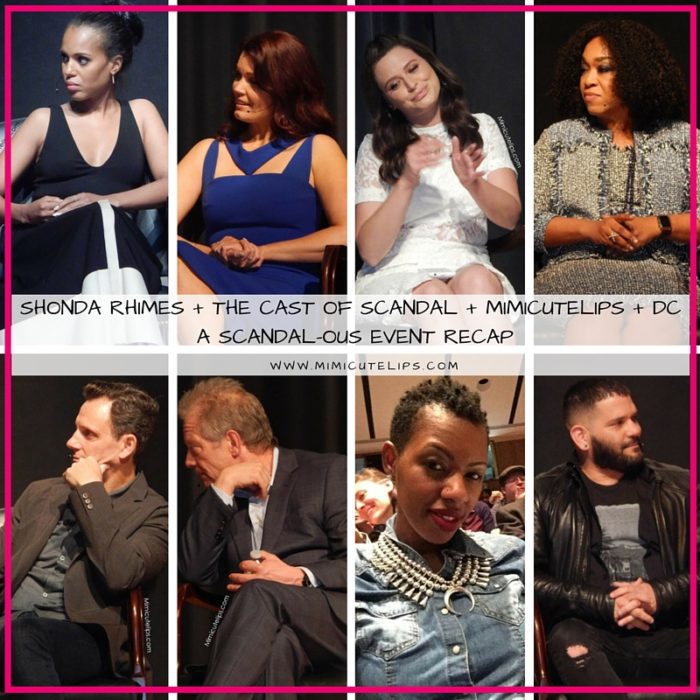 Are you a fellow #Gladiator? Chat with me in the comment below or FB, IG or Twitter.