A few months back a friend had a great idea to plan a SURPRISE couple’s trip to celebrate her husband’s birthday.  So, over the weekend we all headed up to Wintergreen Resort in the Blue Ridge Mountains of Virginia.  We had already planned out our activities, what we would pack, the meals we would prepare and what everyone would be sipping on.

We arrived to the big house at staggered times. As each guest arrived the birthday guy was shocked and even more excited. My Babe and I were the last to arrive and we were greeted by the birthday guy running out of the house yelling with excitement.  I knew this was going to be a crazy good time. What we didn’t know is just how crazy things would get in a matter of three days.

The house was beautiful! 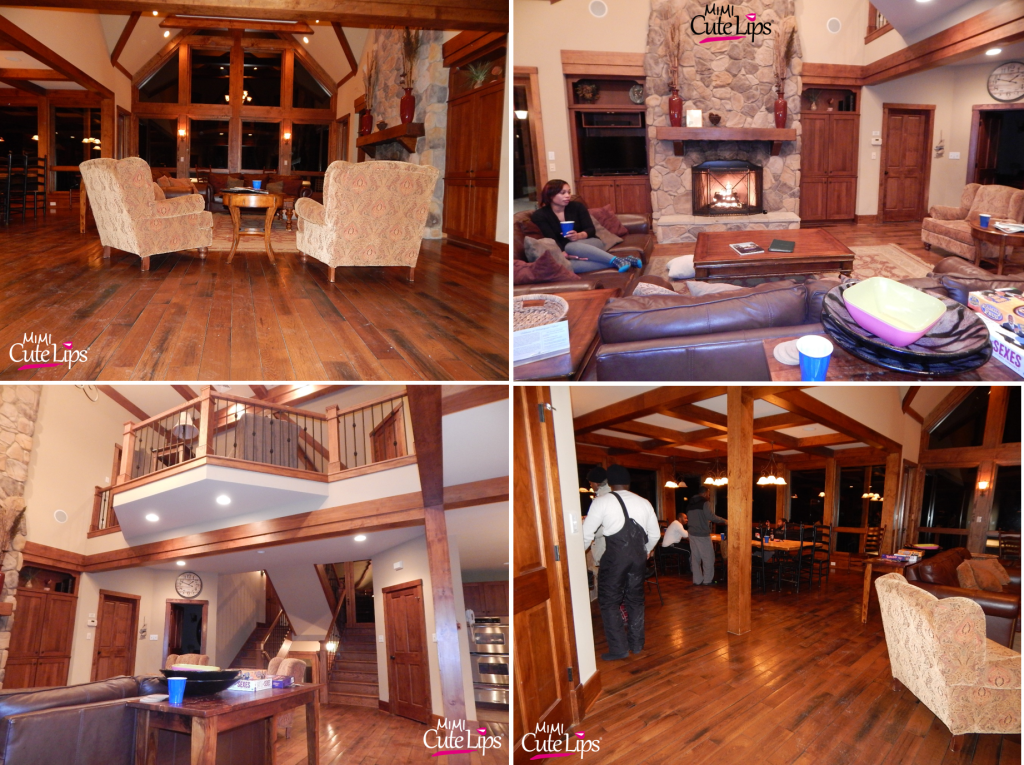 The house had 4 levels, 7 bedrooms, 8 bathrooms, and balconies on the front and back. We spent most of our time on the main level. You know we always congregate near the kitchen. On this level we would cook, eat our meals together, talk junk, crack jokes, watch TV, play games and stay up until the wee hours of the morning. 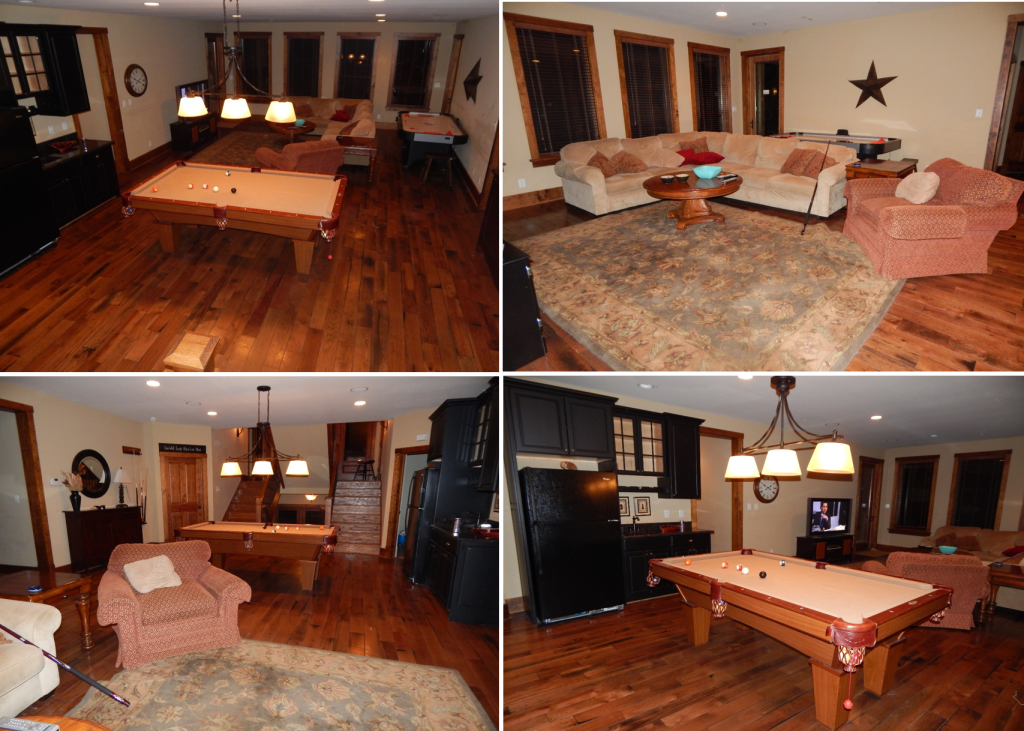 This was the third level and we hung out here as well. The furniture was a little more lounge friendly down here. It had the pool table, air hockey, TV and another sink and refrigerator. 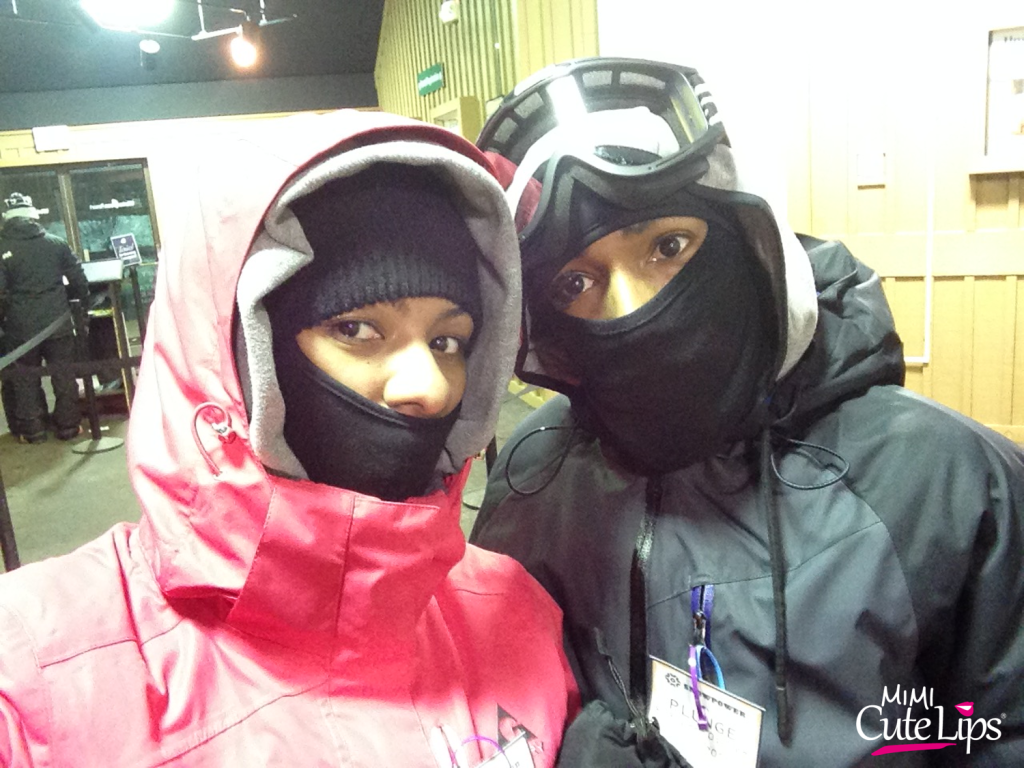 We kicked off our first night Snow Tubing in 7 degree temps. 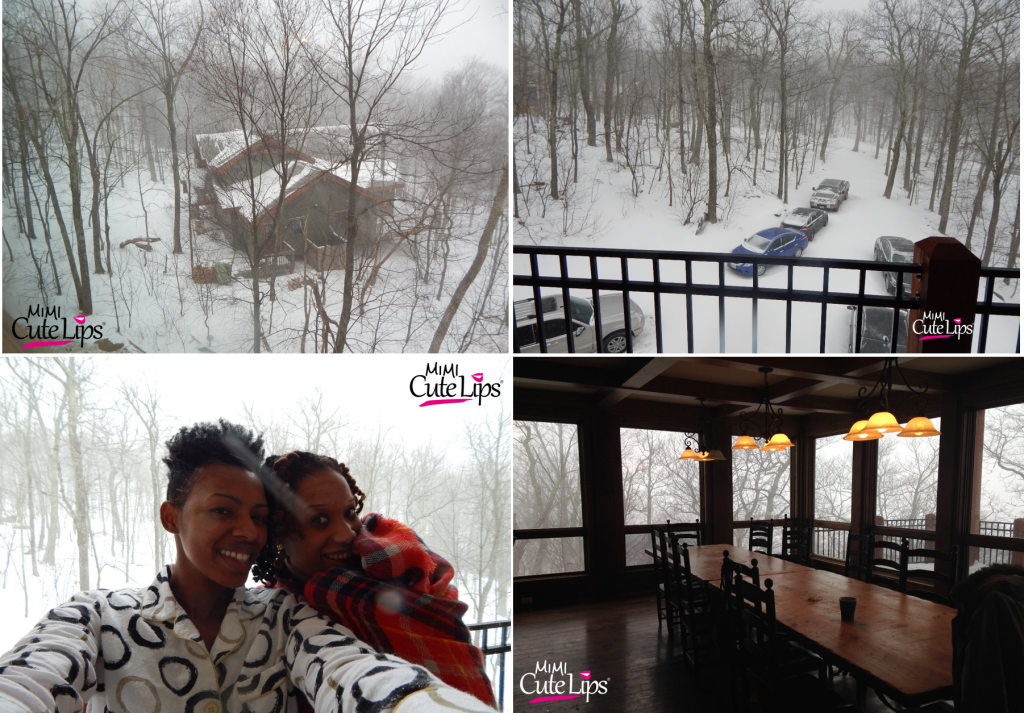 The next morning we woke up to a blizzard, it snowed all day and all night long. Including wind gust of at least 60 mph. It was insane, you couldn’t even see the view of the mountains because it was snowing so hard. Selfies on the balcony in your pajamas in the midst of a blizzard why not. 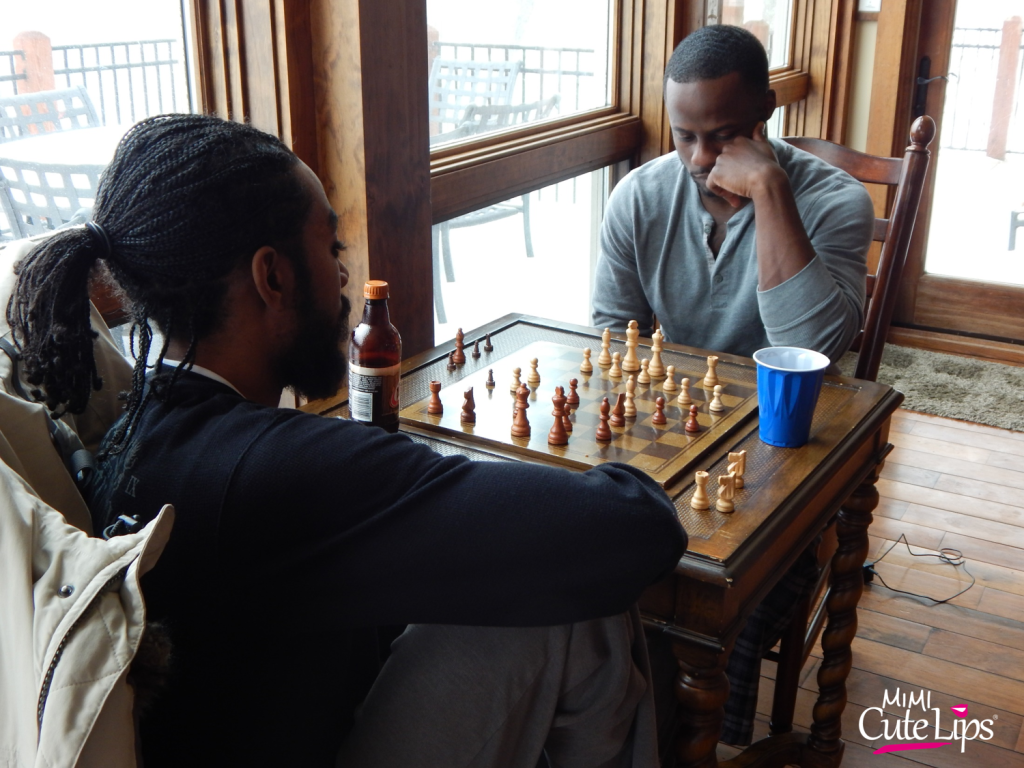 We watched movies, chatted it up and the fellas got in a game of chess. They were so serious.

Despite the weather conditions mentioned above we decided to go out. We were supposed to head down the mountain to get some information about snowboarding; but this story had a different ending. After piling into two trucks we set out on an adventure that had my nerves all over the place. We didn’t realize just how hard it had been snowing and how much snow had accumulated. Now, couple that with roads that hadn’t been plowed and remember, this is the mountains, roadways are narrow and very bendy. 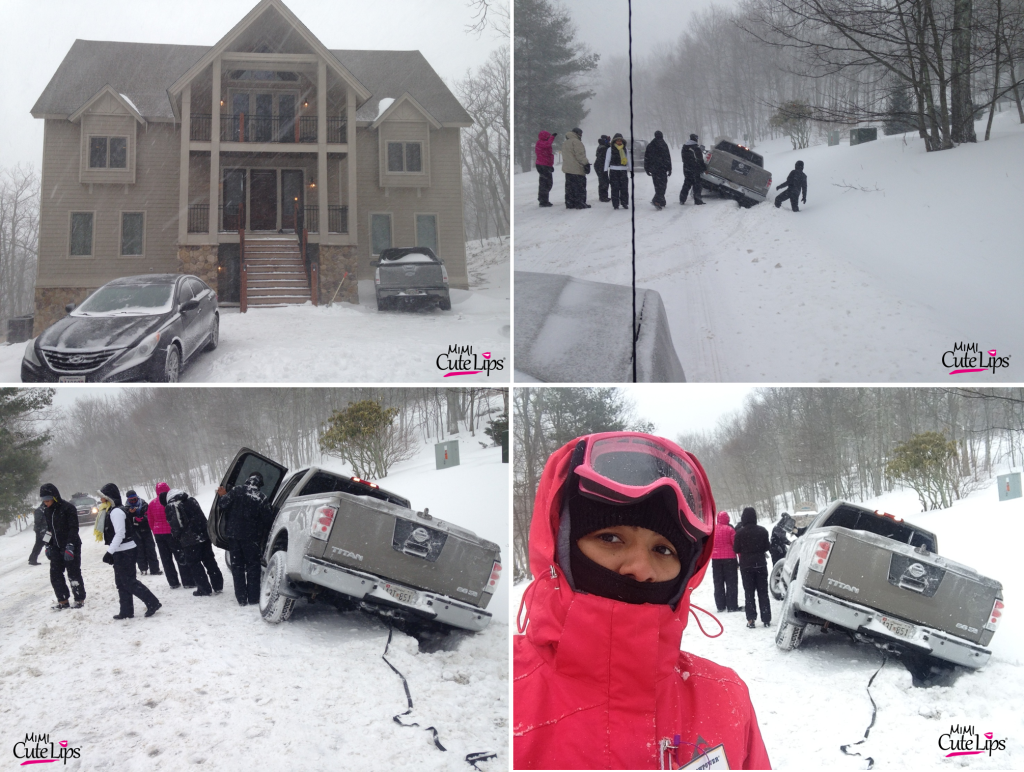 So… one of our trucks ended up in a ditch. A deep ditch, on a narrow road with heavy traffic despite the snow. After a failed attempt to pull the truck out of the ditch with my truck the foolishness would ensue. I’m talking foolishness of elementary levels that provided lots of laughter and memories for a lifetime.

I said foolishness right? The language is a little bit colorful, if you can’t deal lower your volume before you click to watch.

After about 45 minutes of us playing around and some random people stopping to check on us two gentlemen were very gracious and able to pull the truck out of the ditch.  They wouldn’t even take our money.

It was a celebration! Did we go back to the house? 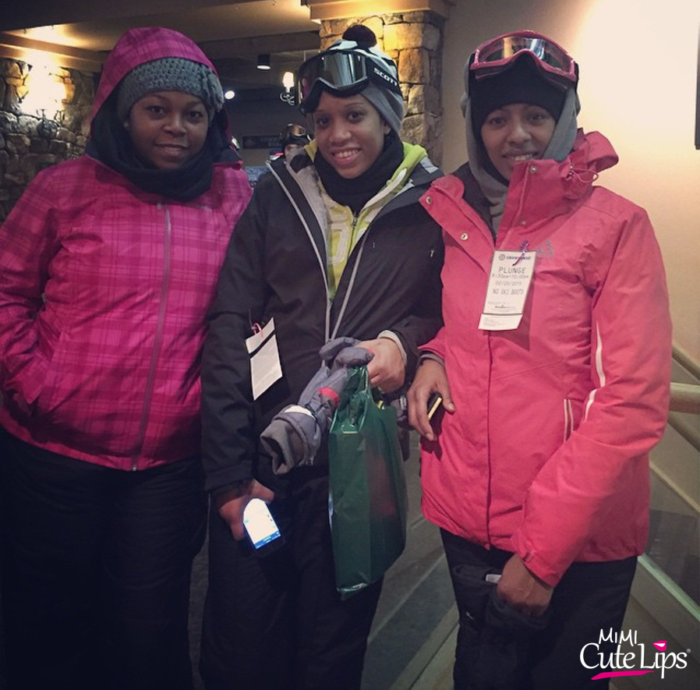 No, we continued down the mountain to the general store and would end up with another crazy story trying to get back home after it got dark. 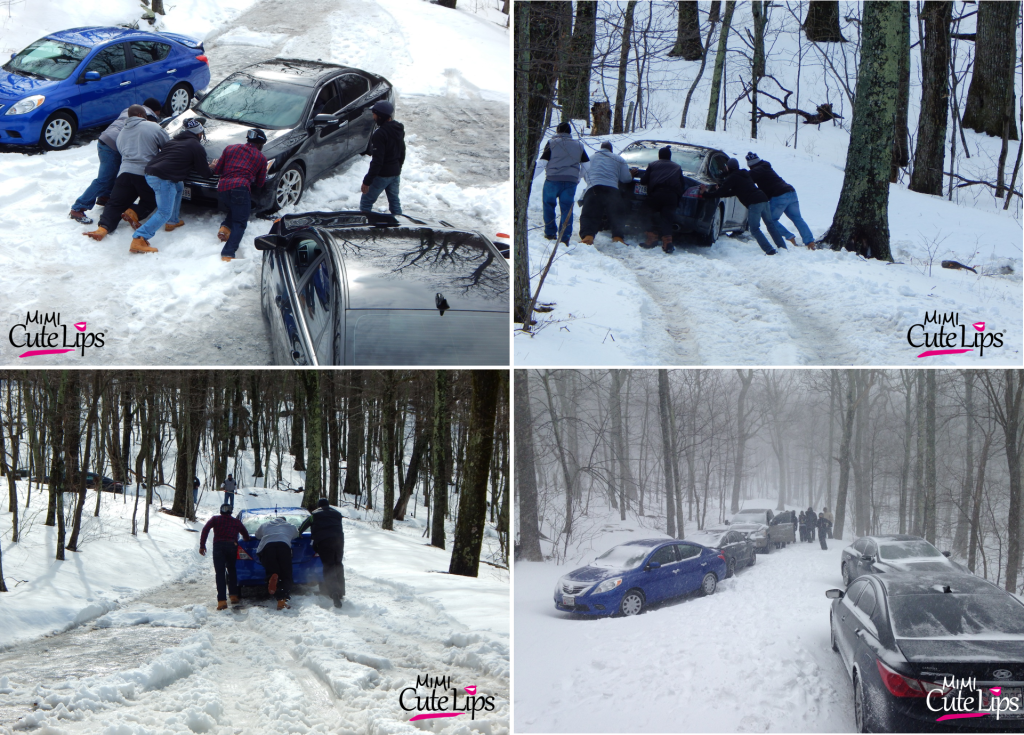 After our crazy adventure the day before and all the snow the fellas had their work cut out for them. Team work made the dream work and all of our vehicles made it up the hill and out of the driveway.  Some required a little more work than others. 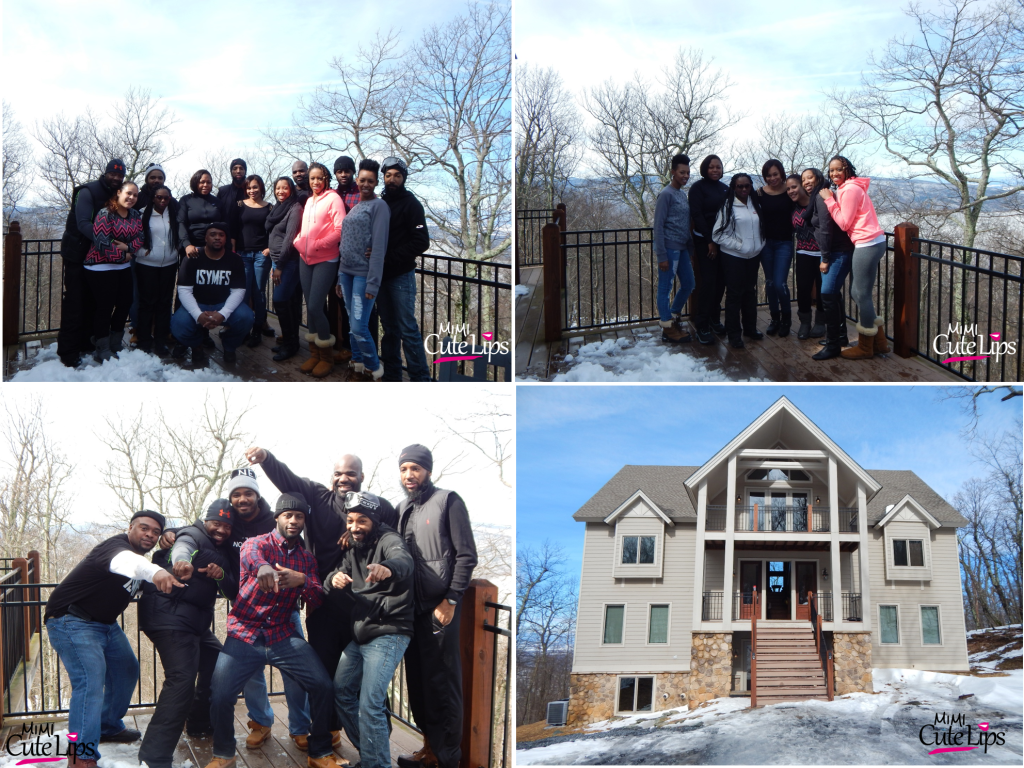 We genuinely had a great time, no fussing, no drama (well a little ditch drama), good eats, great company, lots of laughs, and breaks from the kids. We must do it again. 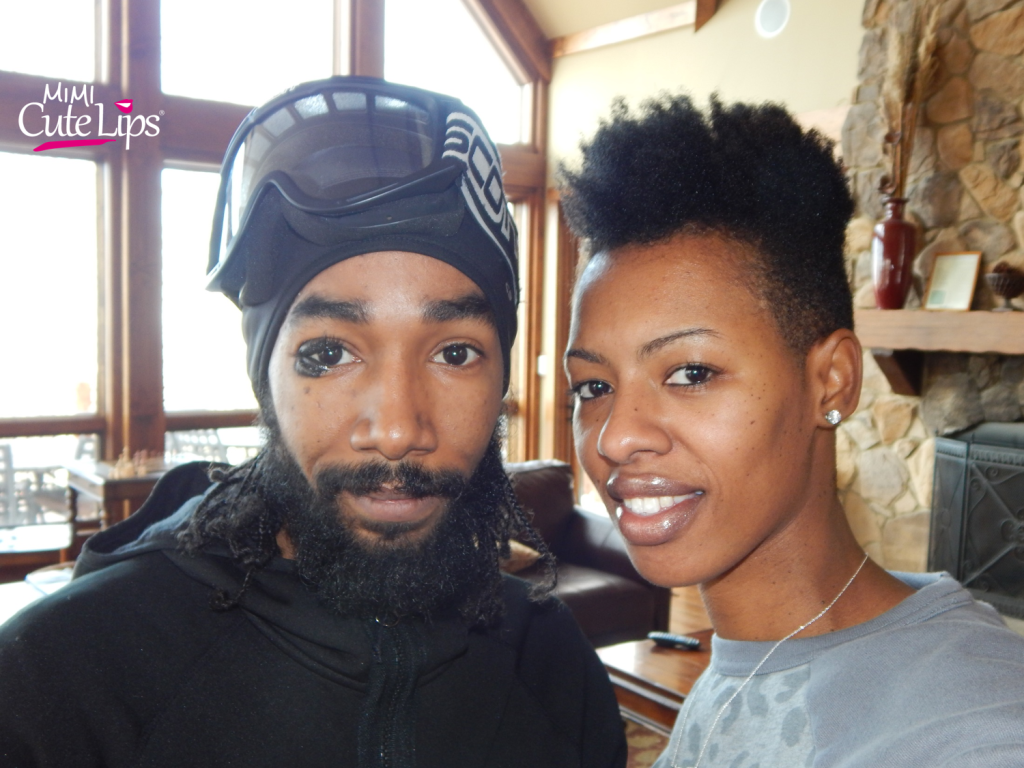 Ready to go, but not ready to go. My Babe!

Our first trip to the mountains was with the family and now with our friends. We are officially hooked, we must do it again this summer. 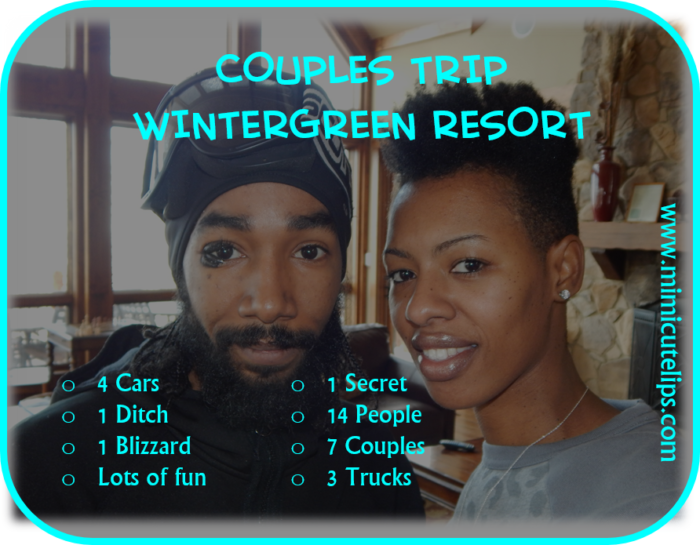